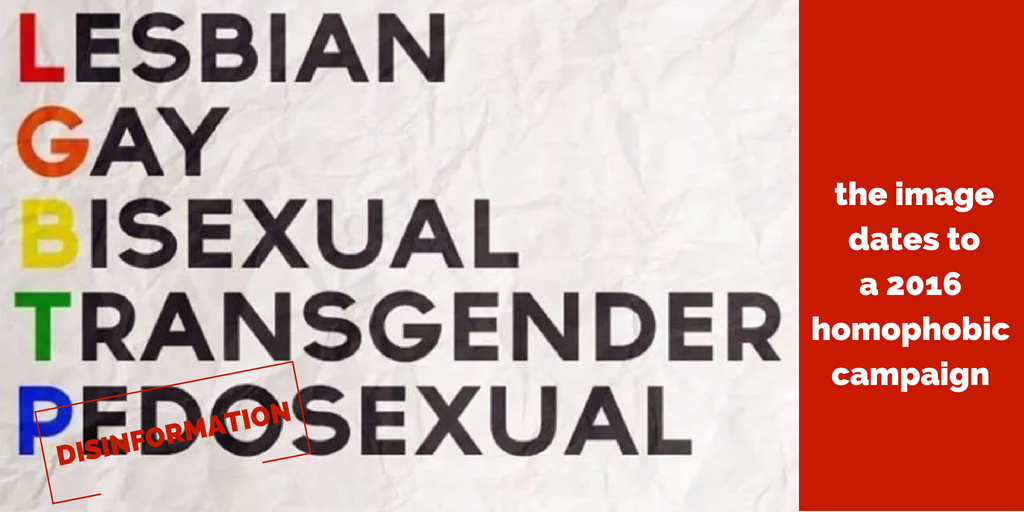 No, in fact the EU is not “legalising paedophilia”. But a controversial TEDx talk about the nature of paedophilia has recently incited fighters against paedophilia in Serbia to warn that this was just a beginning of a campaign since ‘modern Europe is planning to introduce such perverted attitudes in the Balkans’. The claim that ‘the Strasbourg Court does not acknowledge the Russian law on preventing paedophilia’ is seen by a local commentator as an indication of what could be ahead for Serbia. “In 2012, Russia adopted the Law on preventing paedophilia and elite paedophilia, but the Court of Human Rights in Strasbourg decided last year that the law was discriminatory. This is exactly the sign that the EU is preparing a set of measures to legalise paedophilia”, the local press reported.

Most probably the outlets refer to the legislation in Russia banning the “promotion of homosexuality”, especially to minors as well as in effect denying LGBTI organisations the right to campaign for non-discrimination. In 2016, a chamber of the European Court of Human Rights (ECtHR) ruled that legislation violated three gay activists’ rights to the freedom of expression and the prohibition of discrimination.

The outlets in Serbia referred to the EU legislation on same-sex marriage and child adoption by same-sex couples as ‘preparing the ground for legalising paedophilia’. Furthermore, the article presents a view that this includes a strategy of degrading the family and ‘that would by all means lead to creating new generations with deviant world views and twisted moral values’. Equating sexual minorities to paedophilia is one of the frequent techniques of pro-Kremlin disinformation.

In a similar take on the issue, another Serbian outlet claims that ‘various LGBT associations across Europe and the United States are attempting to legalise paedophilia’. In a conspiracy theory style the article posits that ‘not a small number of people excitedly comment posters and publications [promoting paedophilia] on social media’ and shows an example of one person who promotes ‘pedosexual rights’, but whose credibility or background an average reader in Serbia would have difficulty establishing.  Local fact-checking initiative “Raskrikavanje” discovered that the images used in the article date to 2016 homophobic campaigns that aimed to discredit LGBT movement and spread disinformation.

Both narratives greatly resemble one of the main myths that pro-Kremlin disinformation traditionally spreads about the EU, claiming that the EU is decadent and that the West in general denies moral principles, while it is only Russia that defends traditional values.

The Lisbon Treaty in fact has incorporated children’s rights in the Treaty on the European Union, so all EU policies must be designed and implemented in line with the child’s best interests. The rights of the child also form part of the fundamental rights that the EU is committed to respect under Article 24 of the Charter of Fundamental Rights of the EU. In addition, all 27 EU countries have ratified the United Nations Convention on the Rights of the Child.

Moreover, in order to fight against child sexual abuse in particular, the European Parliament and the Council adopted a directive in 2011 which approximates the definition of 20 offences, sets minimum levels for criminal penalties and facilitates reporting, investigation and prosecution. It obliges Member States to adopt different prevention measures, such as awareness-raising campaigns, research and education programs. In 2011, the Commission also set out EU agenda for the rights of the child. The Agenda reaffirmed the strong commitment of EU institutions and Member States to promoting, protecting and fulfilling the rights of the child in all relevant EU policies and to turning them into concrete results.