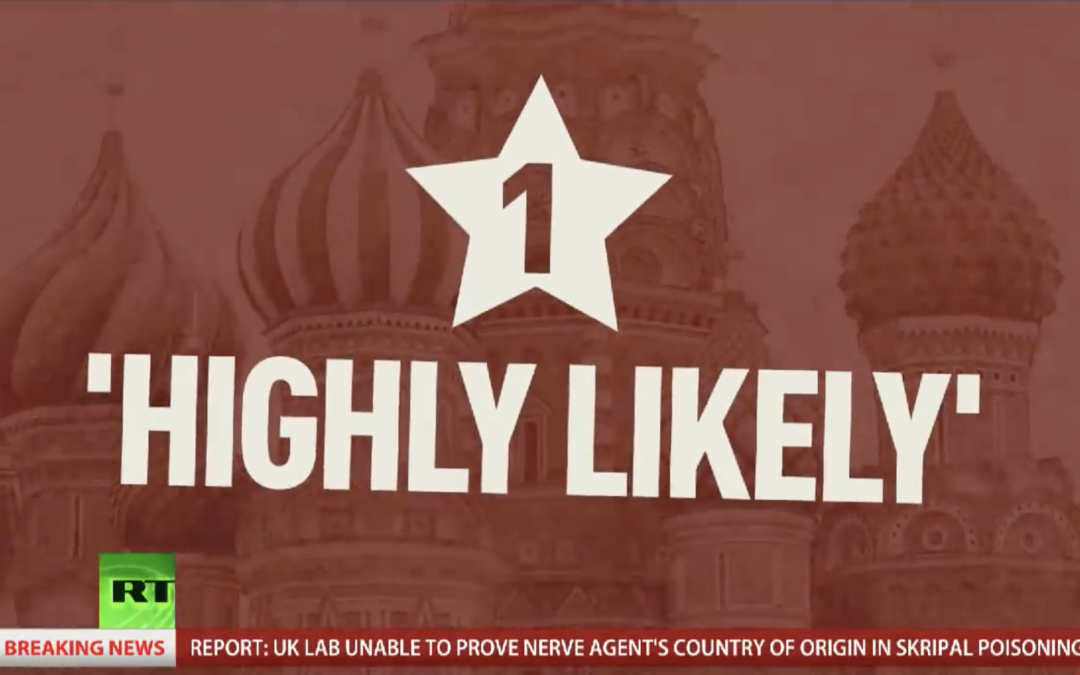 On 4 March 2018, ex-spy Sergey Skripal and his daughter were poisoned with a nerve agent in Salisbury, UK. Already shortly after, it became clear that Moscow had a very bad case.

It seemed that everything that could go wrong for the Kremlin had gone wrong: British authorities identified the substance used in the attack as the Russia-developed “novichok.” CCTV recordings showing the two suspects was presented to the public, and their real names and identities as GRU agents were published in journalistic investigations by Bellingcat and The Insider. Later, on 30 June, the attempted assassination case became a murder case when a local woman from the Salisbury area died after having been exposed to the poison.

The world was witnessing mistakes on top of mistakes. A loss of face of drastic dimensions was building up for Russia’s authorities.

When the Russian system is put in this kind of defensive position, the traditional tactic is to try to confuse public perception with disinformation in the form of multiple alternative “truths” about what has really happened.

Already less than a month after the attack, at least 20 different narratives had been offered by Russian media and officials. A central leitmotif was to present the Kremlin as simply the victim of a “Russophobic” plot. A recent study from King’s College London found that the Russian state outlets RT and Sputnik had spread “138 separate and contradictory narratives” about the incident.

This distraction approach resembled the way Moscow had been disseminating numerous “theories” about the July 2014 downing of Flight MH17. 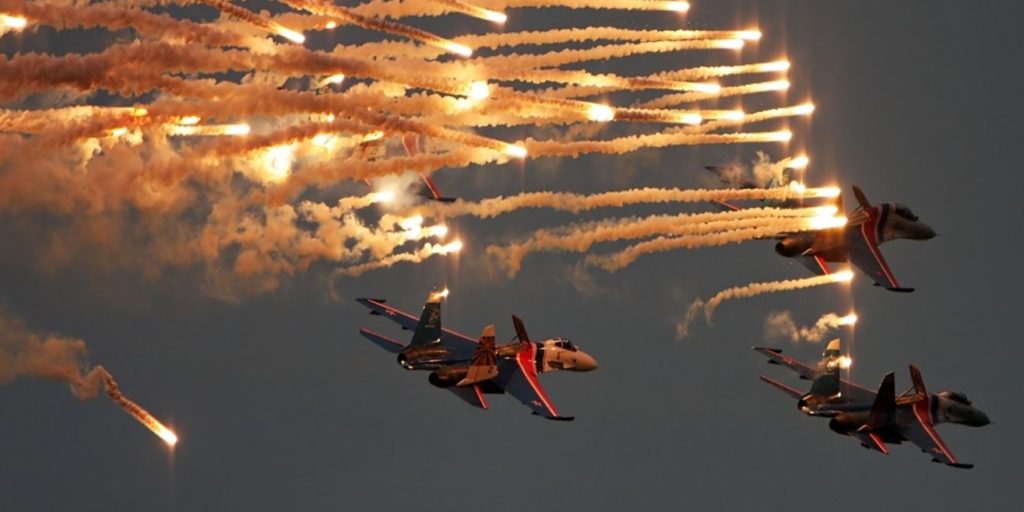 Decoy flare: When Russian authorities are put in a defensive position, pro-Kremlin media will try to distract public perception with multiple theories about what has happened.

However, the weakness of this kind of smokescreen is that it only buys time; as global awareness of the Kremlin’s disinformation campaign increased, and especially as it became evident that the series of alternative “truths” from Moscow even contradicted each other, Russian authorities were forced to also operate with a second line of disinformation defence.

The attempt to ridicule the United Kingdom – i.e. the victim of the attack – took the form of an online and media campaign centered around one particular phrase, which was taken from prime minister Theresa May’s statement in the British parliament: That it was “highly likely” that Russia was responsible for the attack.

Some sources, including Russia’s foreign ministry, used a hashtag with the English phrase in its Cyrillic transcription: #ХайлиЛайкли.

The Russian government-sponsored Russkiy Mir Foundation (“Russian World”) even launched a campaign to make Russian students return to Russia from abroad under the headline “Highly Likely Welcome Back, or Time to Go Home.”

The “Highly likely” phrase was obviously chosen as a hashtag due to its immediate catchiness and appeal of a nursery rhyme-like sound repetition.

At the same time, Moscow’s campaign sought to create the impression that the UK was unsure of its proof against Russia. It was clearly assumed that the target audience would not be acquainted enough with the language of intelligence reporting to appreciate the degree of certainty that is expressed in the “highly likely” phrase.

Finally, the campaign assumed that the target audience was not accustomed to the – typically British – rhetoric of understatement, in which something intended to be direct is expressed in a way a foreign ear can perceive as indirect.

Moscow’s sarcastic #HighlyLikely campaign should be understood also in the context of other important events in the wake of the Skripal attack.

Following media exposure of the suspects, the Kremlin tried to put itself in something resembling a proactive position when the two men were displayed on the state TV channel RT (Russia Today) – only to see both the suspects and their interviewer, RT chief editor Margarita Simonyan, mocked with memes by Russian audiences. 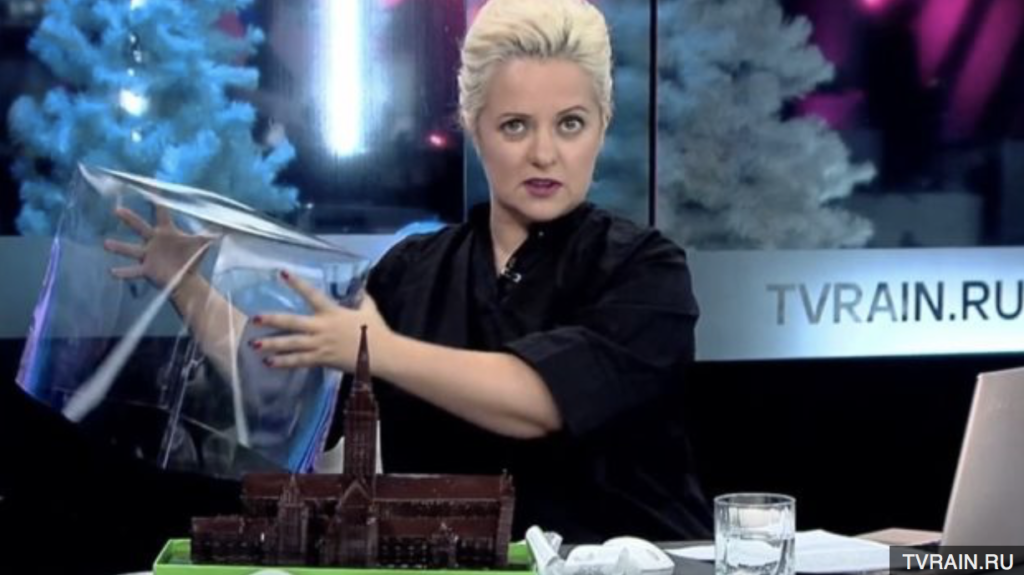 As a part of the campaign to frame the Salisbury attack as a comedy, RT presented a chocolate replica of the Salisbury Cathedral as a gift to the Kremlin-critical Russian TV channel TV Rain. (Image: TV Rain via BBC).

In this atmosphere of ridicule targeting Russian authorities – and also facing serious problems internationally with expulsions of Russian diplomats worldwide – the tactics of trying to let all sides– both the British and even the Russian – look foolish, making the whole affair look like one big comedy, was perhaps the only thing left in Moscow’s toolbox – short of admitting Russia’s guilt, that is.