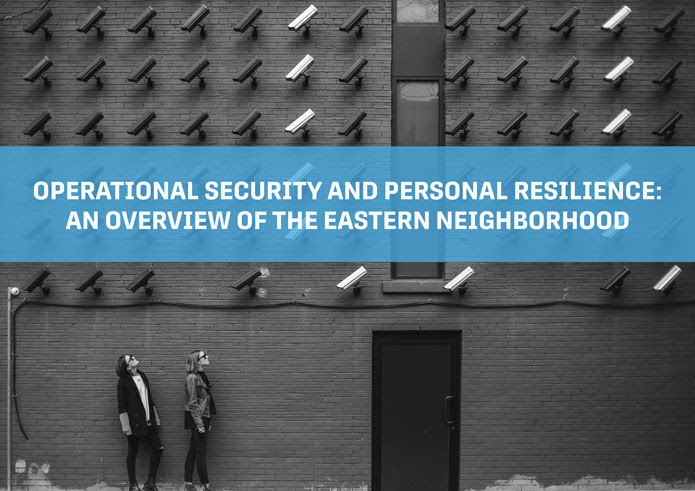 This report follows a year of cooperation between civil society organizations (CSO) and think-tanks from Central Europe and the Eastern Neighborhood (EN). It is one part of the Project on Enhancing and Sharing Lessons Learnt in Resilience and Self-Protection, which evaluates the capability of civil society in Georgia, Ukraine, and Moldova to use guidance from the European Values Center for Security Policy (EVC) in operational security and exposing illegitimate methods of influence. Here, we adapt their approach and apply it to the political realities in the EN.

The authors conducted thorough desk research of relevant open source information, public surveys, and investigative reports. The desk research was conducted by structured interviews with relevant experts and local officials. Media representatives as well as foreign policy and security experts from civil society organizations provided most of the information. Due to the sensitivity of the topic, we decided not to publish the list of names of the interviewees, which can be obtained from the editorial team of the European Values Center for Security Policy.

Our researchers focused on the media situations in Georgia, Ukraine, and Moldova:

In Georgia, some case studies of foreign malign influence are available, but there is a paucity of detailed and comparable assessments on the full scale of foreign malign influence, and consequently few specific policy recommendations for civil society-driven advocacy campaigns. A handful of states operating outside the EU-NATO framework are projecting malign influence in Georgia by means of diplomatic activities, leveraging energy and economic policy, deploying information warfare, and backing domestic fringe or mainstream groups with subversive potential. Post-Soviet countries like Georgia are especially vulnerable to the mischief precipitated by these groups, which are not only well-documented by US and EU reports, but are palpable to the public; the so-called “borderization process” brought a spate of power cuts to Georgians. Hostile acts in Georgia through certain CSOs, media outlets, and agents of influence and political forces is aimed at discrediting the country’s Euro-Atlantic process and fueling skepticism about democratic development. The recent presidential elections held on October 28, 2018 obviated just how closely several campaigns were linked to corruption and disinformation, all of which stand in the way of civil society organizations’ activities1.

Ukraine is also rife with challenges to agents who seek accountability of the government. Even after CSOs won a right for open and free work on public policy issues following the Revolution of Dignity, they have more recently (especially in late 2018, a year before both presidential and parliamentary elections) come across more pressure from the state. To discredit civic activists, the government initiated a new law requiring those who are working to counter corruption to declare their his or her income and assets publicly2. After heavy foreign criticism plus e massive resistance of the activists themselves, this proposal was abandoned. Several CSOs and civic activists have encountered direct physical and verbal assaults. The eastern regions of Ukraine are especially difficult terrain, where the corrupt, pro-Russian local authorities and police are unsympathetic to physical attacks on journalists. The most striking example is the story of anti-corruption activist Kateryna Handziuk from Kherson, who was attacked with sulfuric acid. Handziuk was a critic of the police and security authorities and condemned corruption in the regional department of the Ministry of Internal Affairs. She had publicized the involvement of the police in several cases of corruption. She died from her wounds 3 months later.

Civil society actors have lost ground in Moldova as well3, particularly after 2016, when the government changed hands and is under the full control of the Democratic Party of Moldova. In 2017, the Ministry of Justice attempted to introduce legislation that would prohibit political activities and legislative advocacy4 by CSOs that receive foreign funds. The controversial provisions were included in the draft law at the end of March 2018 but were later dropped. After opposing the controversial amendment of the electoral system, Moldovan CSOs are under constant attacks from public officials, and other entities affiliated with the ruling party5, including mass media, bloggers, and online trolls. Several Moldovan CSOs reported assaults between 2016 and 2018. These include libelous allegations of involvement with individuals accused of the 2014 1bn euro banking fraud or in the “Laundromat” scandal. A recent notable case involves a parliamentary inquiry into a trip to the European Parliament6 undertaken by several Moldovan activists, journalists, and two notable opposition figures, which was sponsored by the Polish CSO the Open Dialog Foundation. Parliamentary officials alleged that the Foundation was a pro-Russian stooge aiming at the destabilization of the political situation in Moldova and some of them opined that the participants in the trip should be investigated on charges of treason. Often, such character assassination operations are accompanied by the publication of private email exchanges of said activists or their conversations via various messenger apps, which shows that vocal critics of the government are vulnerable to cyberattacks.

The overall situation of the CSOs in these three targeted countries was critical. Very little is being done to support them. Therefore, EVC decided to raise the awareness of these environments and share best practices from the operational and personal security based on the consultations with several security experts.

Based on the categorization of the threats, we identified the main hurdles to their continued operation and issued the following recommendations.