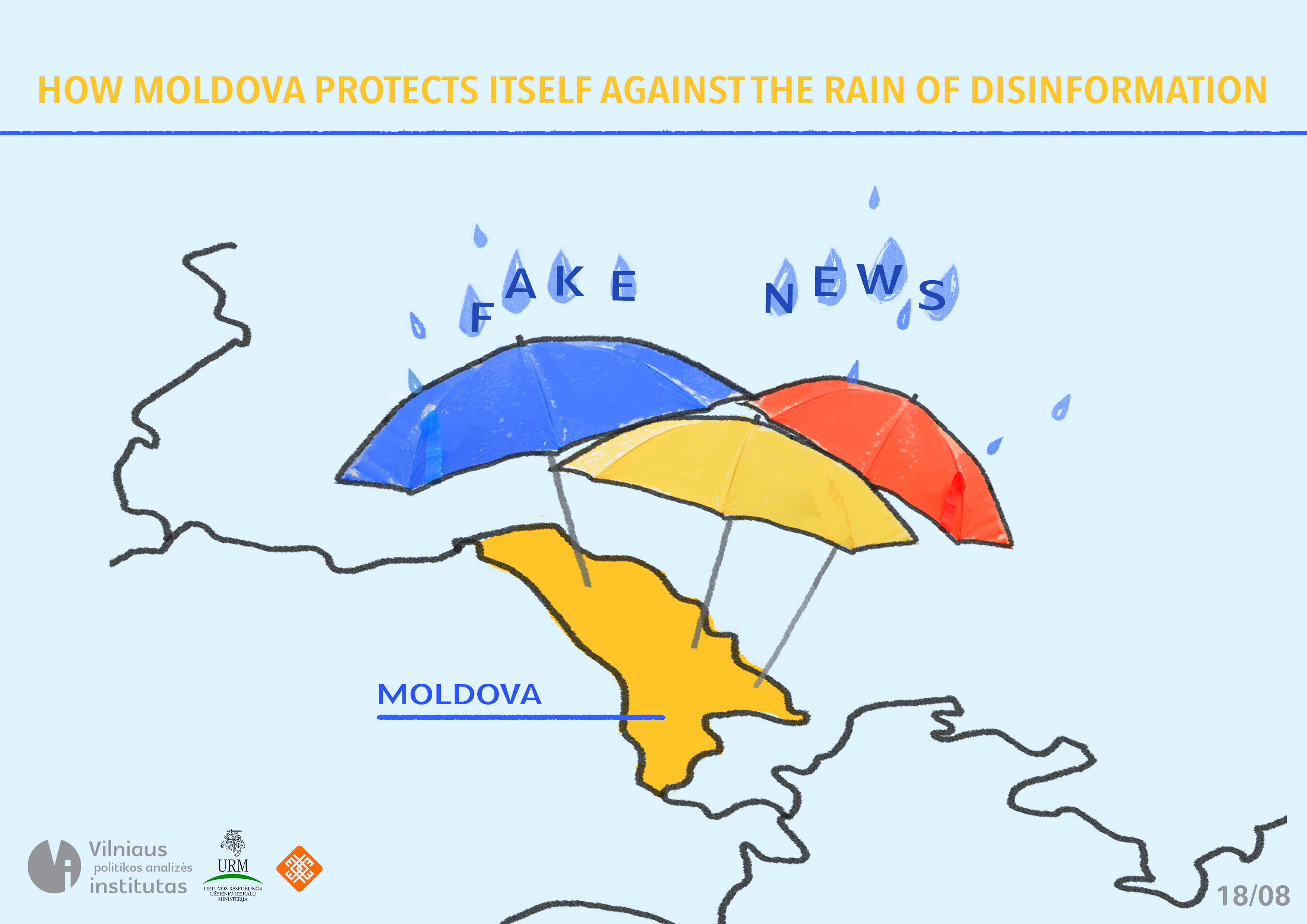 Though Moldova is daily bombarded by huge amounts of disinformation, there are active groups in the country working on disclosing and countering propaganda. They not only seek to expose to the society a range of different lies spread but also teach how to fight disinformation. Three main initiatives, working on disclosing and fighting propaganda, operate in the country.

One of the best-known initiatives is ‘Stop Fals!’. The goal of this project is to expand the capabilities to recognize disinformation for independent media. A campaign against spreading propaganda has also been launched. In order to achieve these goals, members of the initiative conduct research about the types of disinformation, analyze specific disinformation examples and present their rebuttals. The campaign is active not only on the internet: the local newspapers that can more easily reach a wider group of readers also discuss the phenomenon of fake news. The project’s success is marked by the launch of an imitative portal ‘Stopfals.com’ which started to post false stories about disclosed disinformation.

But the major problem is that this campaign limits itself by analyzing only the local content. It misses opportunities to combat pro-Kremlin narratives whose primary sources are Russian or sometimes even Western. That is why ‘Stop Fals!’ could be best described as a tool for observing local media and developing citizens’ awareness of fake news in local outlets.

Meanwhile, the ‘Sic.md’ project seeks to recognize the lies, inaccuracies and manipulations in influential public speeches. The project also observes the promises of politicians and notifies of the breaches of ethics in the media and public declarations. The website has a user-friendly interface and its creators post about the breaches and their analyses everyday. The portal also allows the readers to report lies. The ‘Sic.md’ project could be regarded as a tool to foster political responsibility and accountability, especially when taking a closer look at pro-Kremlin politicians.

‘Sic.md’ has some flaws as it is limited to one website only, whereas ‘StopFals!’ posts its articles in other sources too. Moreover, due to the lack of resources the initiative does not have a well-developed communication process.

The ‘TROLLESS’ project operates as a browser extension which identifies sources of manipulation in the social media and helps to follow fake profiles which spread disinformation. Users can report profiles which advertise specific campaigns, ideas, misinformation and manipulations. Although it does not delete the fake profiles, the users can see whether the profile is registered as fake. The Trolless community has around 800 members so far in the Chrome browser but they plan to add this extension to Mozilla and Safari browsers too.

The shortage of groups and initiatives which fight lies in Moldova is mainly caused by the lack of resources. As all active initiatives right now depend on financial support from abroad, they can only operate when the funding is guaranteed. The creators of these projects have noticed that the government of Moldova is not particularly interested in their work and often ignore their findings.