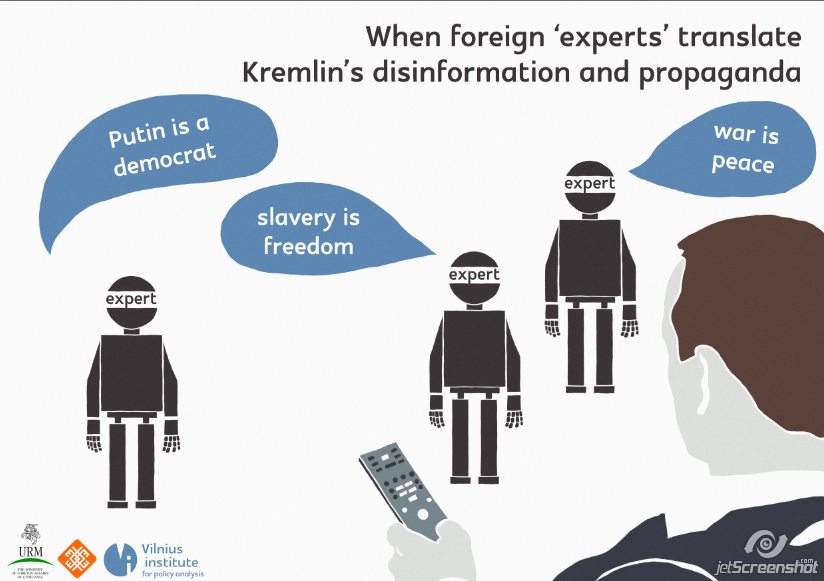 It is vital for Kremlin’s representatives to convince the West that the disinformation spread by them is not just a position taken by Moscow and its selected experts. In order to do that, it is necessary to find the right persons that have or have previously had a high status in a Western country some time ago. In this way they are seeking to send the message that says: “It is not only us who think this way. Look, they themselves are talking about that.”

One of these characters who serve under Kremlin is a former member of the US House of Representatives who has been a candidate in presidential elections – Ron Paul. After Donald Trump and Vladimir Putin’s meeting in Helsinki, he repeated the clichés dear to Vladimir Putin’s regime on a Kremlin’s mouthpiece RT:

The public activity of such “experts” as R. Paul is not only an attempt to acquit Kremlin, but also to discredit the Western democracy. These talks are not yet another side we have to hear in order to fully understand, but simply an avalanche of disinformation, which seeks to destroy rational discussion, to spread the poison of conspiracy theories and to turn the media into a broadcaster of lies.

—
This publication is part of a project aimed at strengthening democracy and civil society as well as fostering closer ties with the EU Eastern Partnership countries (Ukraine, Moldova, Georgia) by spreading independent information with the help of contemporary solutions. The project is implemented by Vilnius Institute for Policy Analysis. It is financed as part of Lithuanian Ministry of Foreign Affairs’ Development Cooperation and Democracy Promotion Programme. #PackOfLies represents the position of Vilnius Institute for Policy Analysis only.