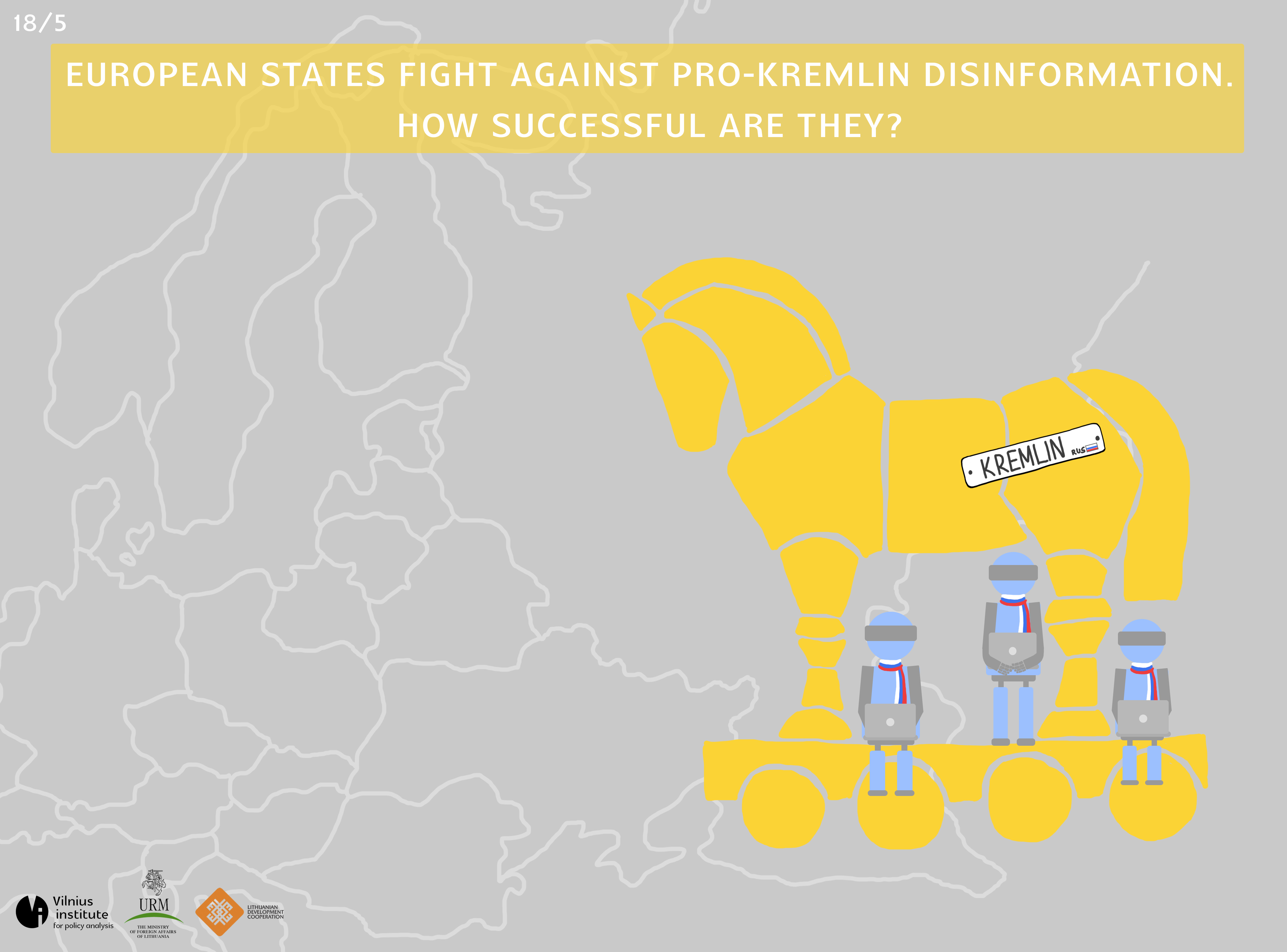 In the context of major election campaigns, resonant events such as Sergei Skripal’s poisoning and the Western preparation for important military steps, the armies of Kremlin trolls have become more active than ever. For example, as the US has been preparing to punish Bashar al-Assad who carried out a chemical attack against his own citizens, the Pentagon has registered a 2 000 per cent increase in the activity of Kremlin trolls.

In Russia’s military doctrine a modern conflict is defined as an integrated use of political, economic, informational and other non-military means. In other words, trolls, political technologists, and hackers are becoming crucial figures in the conflict alongside soldiers and tanks. The goal of disinformation attacks is to demoralize, to ruin trust in Western democratic institutions, to instigate hatred and rivalry among different societal groups, and to spread moral relativism. In short, our very understanding of reality becomes the main target. Not everyone can successfully withstand this fight.

Czech Republic‘s “European Values Think Tank” is soon going to publish a report where the member countries of European Union will be classified according to how successful they are at fighting against Kremlin’s disinformation. Spanish daily newspaper El Pais has already published a map which shows how all EU member countries may be classified into five groups:

This classification allows us to better understand and evaluate the ambiguous European context where Kremlin seeks to spread its destructive influence in order to destroy the democracies of member countries and weaken the unity of European Union at the same time.

“European Values Think Tank” has also outlined four stages of Kremlin’s influence-making. Stage one: financial or media coverage support for chosen figures or organizations in targeted Western countries which are intended to be influenced or recruited. Stage two: strategic agreements according to which the ones who decide to collaborate with Kremlin receive financial aid and energy subsidies. Stage three is about winning over a part of the political elite by infiltrating Kremlin-friendly opposition, orchestrating strategic disinformation campaigns against the mainstream actors and recruiting politicians favourable or at least tolerant of Russian meddling in the state’s internal affairs. Lastly, the final stage is when the regime changes and openly pro-Russian alliances come into power.

A simple question arises: how not to lose this fight imposed on us by the Kremlin? Here are some suggestions:

This text is part of the project aimed at strengthening democracy and civil society as well as fostering closer ties with the EU Eastern Partnership countries (Ukraine, Moldova, Georgia) by spreading independent information with the help of contemporary solutions. The project is implemented by Vilnius Institute for Policy Analysis. It is financed as part of Lithuanian Ministry of Foreign Affairs‘ Development Cooperation and Democracy Promotion Programme.