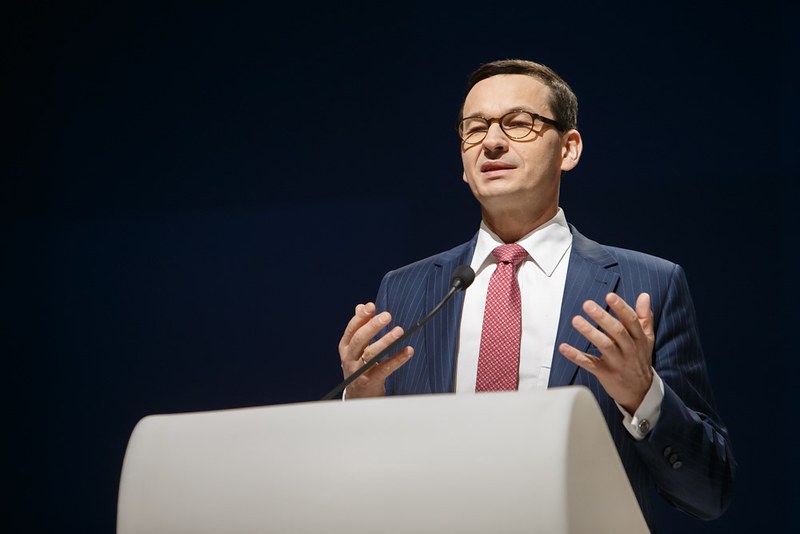 The answer of the European Union or even broader, the Western states, to the Russian aggression against Ukraine and the annexation of the Crimea in 2014 was the policy of sanctions. Since the very beginning, the voice of the West in that matter was not homogenous. Some countries would even play the double game – on one hand supporting partially the sanctions, on the other hand supporting their own companies on the Russian market or even directly on the occupied Crimea. The example of the double moral standard became in the unquestionable manner the construction of the Nord Stream 2 gas pipeline. Since the very beginning, Poland and Ukraine signalised that the investment has crucial meaning for Russia and, despite German assurances, it has mainly political rather then economical character. Unfortunately, Germany, which often set the tone of the EU policy, was too implied in political-personal-business bindings and was not able to stop the investment. In this matter, Poland conducts active international policy, sometimes even firmer than Ukraine itself, which should be interested the most in stopping this investment.

American pressure on Germany in this subject became an important support for Polish actions.

What can surprise, is the fact that despite obvious proofs of Russian policy of breaking the international norms, Germany started gradually getting warmer relations with Putin. However, poisoning of the main Putin’s opponent Alexei Navalny in August 2020 with Novichok, which is actually a part of Russian chemical weaponry, finally created the possible chance to stop the Russian-German investment.

For the first time the investment met the resistance of the German public opinion. This fact was used by Polish diplomacy and on the 13th September 2020 in Frankfurter Allgemeine Zeitung the article calling Germany to abandon the Nord Stream 2 written by the Polish Prime Minister Mateusz Morawiecki was published on 13th September 2020 in Frankfurter Allgemeine Zeitung.

The Polish prime minister clearly stated that the current situation in the Eastern Europe “healed” us all of the illusion that the peace and democratic are given to us once for all. He pointed out, like in his previous tweet, the common denominator of the destabilization in our region and named it clearly: Russia. Morawiecki listed actions carried out and inspired by Russia: murders of journalists and dissidents, interference with electoral processes, coup d’état attempts and stirring up regional and military conflicts. Morawiecki also mentioned other crimes in which Russian services ineptly hided or sometimes even manifested their presence: murdering of Alexandr Litvinenko in the UK in 2006, killing of Anna Politkovskaya in the same year, shooting of Boris Nemtsov in Moscow in 2015, the attempt on Sergey Skripal’s life with chemical weapon in 2018, the attempt in Berlin’s Tiergarten in 2019 and finally the try to poison Alexei Navalny.

The head of the Polish government pointed out that Russia carries out the informational and hybrid war, which’s objects are both states and individuals. However, today it is not enough to diagnose this state of matters but it is crucial to maintain definite actions considering future political, economic, energetical cooperation with Moscow.

Morawiecki reminded that the Nord Stream 2 construction disturbs the EU’s internal energetical policy and that the pipeline subordinates Europe to Russia’s gas supply. It also gives Russian oligarchs financial resources and gives Russia the actual capability to influence the activity of one of the most economically and politically important EU and NATO members – Germany.

The Polish politician also pointed out that on German political arena occurred names of politicians who do not want to firm such cooperation with Kremlin.

The PM Morawiecki ended his article with clear appeal: “: In Europe we need courage and leadership, not indulgence towards Moscow’s aggressive actions. This moment falls at the time when Germany holds the EU Council presidency and the European Commission is lead by a woman who used to be the member of German government. We need solidarity […]”.