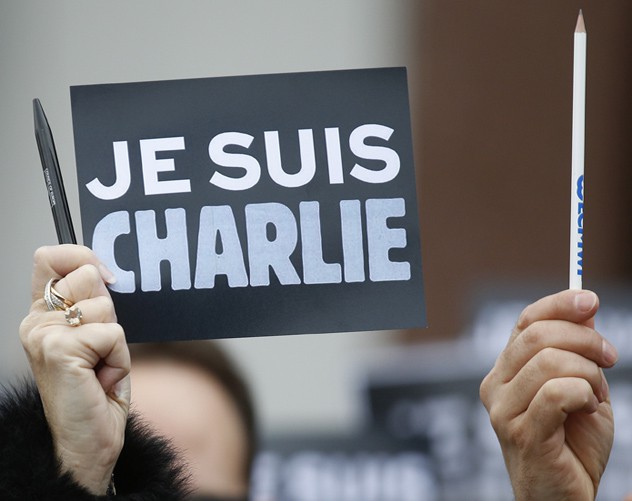 Triumphs and tragedies tend to unite societies, but which ones have that effect, the way they do so, and the limits to that process vary widely from one country to another and like an x-ray reveal the fundamental differences of those societies more broadly, according to Moscow commentator Tatyana Stanovaya.

In a post on Slon.ru yesterday, she notes that the terrorist action in Paris “united [the French] nation in defense of its fundamental values” whereas terrorist actions in Russia “did not promote unity but on the contrary sharpened political disagreements and the polarization of society”.

In France, this consolidation occurred not only in the population at large but in the first instance within the political elite. President Francois Holland “met with his main political opponents” in order to emphasize that whatever their disagreements on other issues, they stood united against this attack on their “common values.”

That is not something that a Russian president is likely to do, Stanovaya says, and this is not because “French politicians are better, more honorable or more correct than Russian ones” but rather because the French have shared values underlying their differences while the Russian ones do not.

Russian statehood, unlike its French counterpart, is “constructed on the foundation of situational social coalitions in the absence of a broad founding consensus around a single system of values.” That is why “for centuries,” Russians have been looking for “a national idea,” something that they can share.

But no such idea has emerged because of “the high level of polarization of Russian society between the passive majority and the advanced minority” which distrusts any version of that idea other than its own limited one because the two groups “live in completely different contemporary Russias and have opposed visions of the future of their Motherland.”

As a result, Vladimir Putin “in moments of tragedy” will call in only those parts of the opposition which are really cooperating with him “because the real opposition inevitably would use such an occasion for an attack on the authorities” and on the president personally, Stanovaya argues.

That is not “because the opposition is bad or unpatriotic,” she insists, but rather “because trust in the key institutes of power: the presidency, the force structures, parliaments, and the FSB has been significantly devalued” and “because in Russia power is arranged in such a way as to address political but not administrative tasks.”

The situation in France is entirely different, Stanovaya says. In that country, there is “a broad social consensus on the key questions of the development of society” and support for “the organs of power as government institutions rather than political instruments.” Where Russians see the police as fulfilling a political mission, the French see it as guarding society as a whole.

When there is a direct threat as in the case of a terrorist act, she writes, “the Russian law enforcement organs are considered” not as defenders of society but as a force “working in the interests of one man, ‘the national leader’ who puts his own political priorities above the value of the life of each of the hostages.”

France and Russia also differ in how their governments react to an outpouring of public anger after an attack. “When 100,000 people throughout [France] spontaneously came into the streets to support freedom of speech and freedom of conscience, the authorities did not send in forces and disperse them simply because the action wasn’t sanctioned.”

“Instead, [French] Prime Minister Manuel Valls said that he is proud of his country and of the French who came out to demonstrate their true national unity.”

In Russia, Putin would hardly likely disperse a meeting “assembled in defense of traditional values and the All-Russian Popular Front. But any other measure arising spontaneously ‘from below’ would be suffer the fate” of the December 30 meeting in defense of the Navalnys.

Again, Stanovaya argues, “that is not because French politicians are so good and in Russia the bloody KGB is in charge but because the systems of social and political institutions are so arranged that it isn’t politically profitable [for a Kremlin leader] to behave differently.”

All members of French society would be outraged if their government behaved in the Russian way because they share a view of how their country is to operate, but “in Russia, society, precisely by its silent neglect has broadened to the maximum extent the range of possible actions by the Kremlin against its opponents.”

“France has a national idea, and for this it doesn’t need to write philosophical tracts, conduct enlightenment work with media editors, or give recommendations to experts close to the state.” And “a united understanding of a national idea as the foundation of a broad social consensus either exists or it doesn’t.” In Russia, that does not now exist.

Where such a common understanding exists, rotation of elites will occur “by means of elections which will preserve a fundamental continuity.” Where it doesn’t exist, any leader will be replaced only “by Maidans, revolutions and coups.”

If society does not have or gives up an insistence that it is the single bearer of the national idea and the single source of power, then politicians will try to exploit that absence and run things for themselves alone. “And this will end,” Stanovaya concludes, “if not by a revolution then by a 1991.”

By Paul Goble, Window of Eurasia.