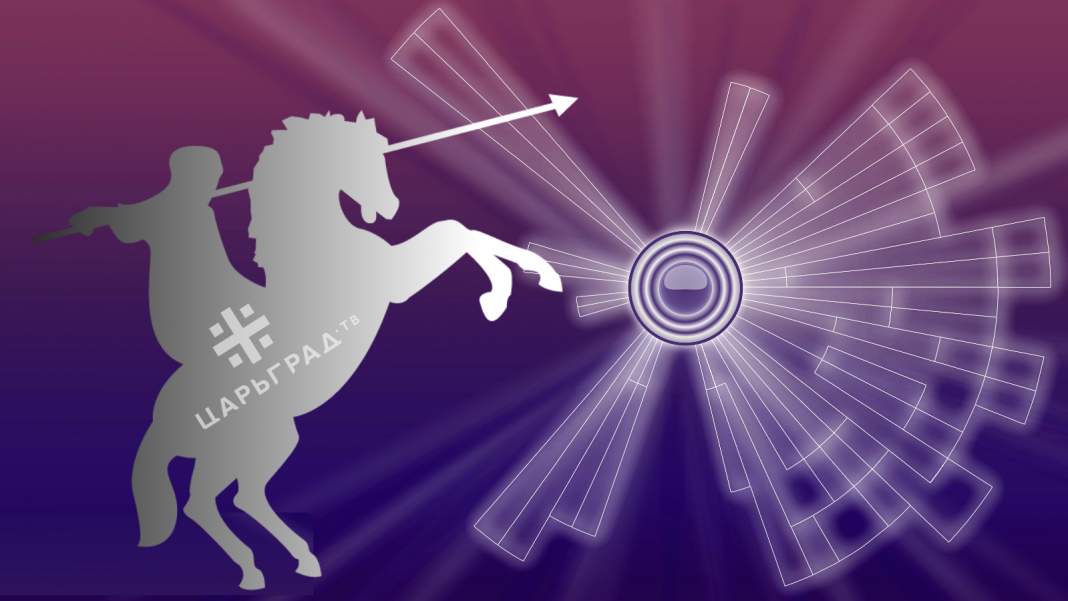 The Eurovision Song Contest is on the one hand, one of the world’s largest cultural events with an audience of around 1 billion viewers. On the other hand, the word “important” is rarely used in connection with the ESC. The attraction lies in the fact that it is a harmless piece of fun. Is it a good show? Well, de gustibus non est disputandum, as the Romans would say. It is irrelevant to discuss matters of taste. It is still fun.

The website Tsargrad, however, does not join in on the fun. In a passionate long read the oligarch-owned website attempts to prove the true, sinister purpose of the Eurovision Song Contest.

Everything boils down to a freak show, propaganda for same-sex love and gender equality. Hatred towards Russia and a dark past with mass suicides.

Tsargrad, owned and run by nationalist oligarch Konstantin Malofeev, has attacked the Eurovision Song Contest for several weeks, ever since Russia’s First Channel selected, by popular vote, Tajik singer Manizha to represent the country with a song called Russian Woman. Tsargrad has equated Manizha’s ESC entry to an intended act of terrorism.

Tsargrad goes full Don Quixote on the windmills of the ESC.According to the outlet, the contest is an instrument for LGBT propaganda, feminism and even (insert ominous music) tolerance. The latter concept is, in the terminology of Russian nationalists, something particularly bad:

The leadership of the Eurovision is actually a team of propagandists, servicing the interest of certain countries, forwarding their own agenda and positions both on human relations and on the world order. It is actually a worldwide mechanism for the ideological establishment of a colonial order.

Tsargrad lines up a chamber of horrors with fiendish puppet masters: Henry Kissinger lurks in the shadows. Goldman Sachs and MasterCard – and (insert some more ominous music) the feminists.

The tolerant French feminist head of the EBU supports the “rainbow” community and has a hostile attitude towards white men over 50.

Tsargrad continues the catalogue of puppet masters, using “guilt by association” to demonstrate how the Eurovision Song Contest is controlled by the United States:

[The German representative of the advisory board] combines this work with a membership in the organisation Reporters without Borders, who officially stands for the defence of the freedom of information. In reality, Reporters without Borders have received criticism for misusing a political agenda and producing fakes in order to discredit countries on the blacklist of the United States, among them – Russia.

The organisations receives funds from the American organisation National Endowment for Democracy. Reporters without Border does not hide this fact on its official website. And this endowment is, of course, managed by the US State Department.

Historically, Russia has notched up a string of relatively good results in the ESC: Winner in 2008, runner-up in 2000, 2006, 2012 and 2014. Russia finished third five times; in 2003 with t.A.T.u, the famous gay stage act. The bookmakers do not have a strong belief in Russia’s contribution this year. Manizha’s entry is at eleventh place in the combined rating of the betting companies.

Tsargrad’s attack leads to the conclusion that not only is the ESC a weapon, aimed at Russia; the competition is unfairly biased against Russian contributors. It is an argument, similar to the old joke: “The food at this restaurant is awful, and the portions too small”.

The 2021 Eurovision Song Contest will be hosted in Rotterdam 18 – 22 May. Follow the finale here. And have fun!