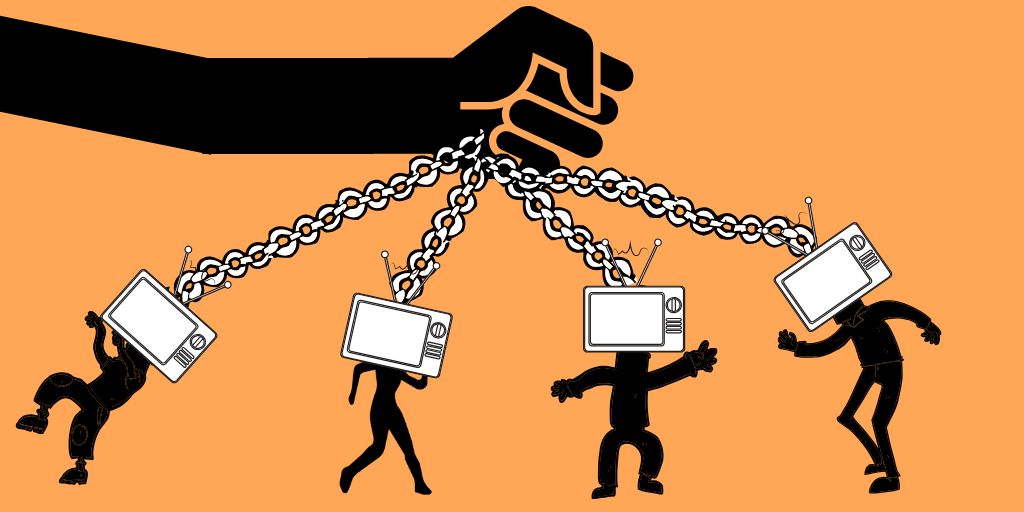 Mass media are grouped along two major concepts: Media as a Forum or media as a Tribune. This is, of course, a theoretical model to describe two ideal types of relations between the media and its audience.

The concept of the Forum is based on a horizontal exchange of ideas and views. In general, the media lends itself to a function as a space for a public discourse. The forum is not a place where decisions are being made; it is a place for debate, questioning, scrutiny, criticism. A successful forum can be loud, rough and even vulgar. It can be moderated, but never controlled.

The concept of the Tribune is first and foremost a platform for dissemination of the ideas and values of whoever is controlling the platform. It is a top-down process, where the audience is expected to passively accept the notions; to receive instructions from the rulers on how to act and what to think. The concept is based on unconditional loyalty from the audience’s part.

The Forum and the Tribune have different views on the concept of “fake”. For the Forum, fake is information lacking a factual base. The participants in the discourse demand sources, they have a critical approach to statements. Attempts to doctor pictures, forge documents, hide details or just lie will sooner or later be brought to public attention.

It is easy to see that most propaganda outlets have all the features of the Tribune. The media is an instrument, “The Party’s Sharpest Weapon”. A weapon wielded only by the powerful men in charge: their instrument. The audience is disempowered, force-fed views and thoughts.

Yet, the audience possesses a powerful tool. It can stop listening. The former Czech President, poet and dissident Václav Havel called this “The Power of the Powerless“. The Tribune is based on the acceptance of a set of ideological rituals, quickly eroding, as they have never been tested in a fair contest between ideas.

Historically, Forums for public discourse have appeared in unexpected places when public debate has been forced out from the media. People have found spaces, rooms elsewhere,  means of questioning, discussing, challenging authority when the media has degraded to dissemination of the Party Line.