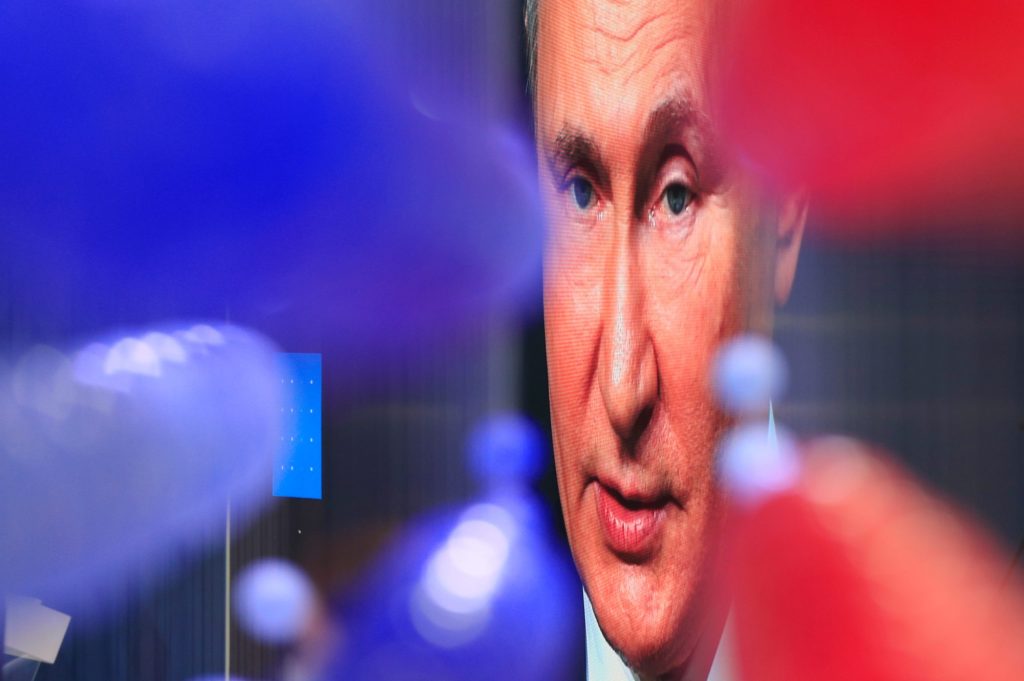 Russian President Vladimir Putin likes to pose as an unrivaled expert on Ukrainian history and identity politics. However, it is now apparent that his understanding of Ukraine has been hopelessly distorted by the wishful thinking of his own propaganda. When the Russian dictator gave the order to invade Ukraine five months ago, he seems to have genuinely believed his army would be met with cakes and flowers by a grateful population. Instead, he has plunged Russia into a disastrous war and turned his country’s closest neighbour into an implacable enemy.

Putin’s biggest blunder is his apparently sincere belief that Ukrainians are actually Russians who by accident of history now find themselves temporarily beyond the borders of the modern Russian state. This historically illiterate insistence that Russians and Ukrainians are “one people” lies at the heart of the current war. Indeed, it features prominently on propaganda posters erected throughout Russian-occupied regions of southern Ukraine.

As Putin himself must now realize, these claims of Slavic indivisibility are both factually incorrect and dangerously misleading. In reality, Ukrainian society has always embraced a range of values that diverge dramatically from the imperial instincts shaping Russia’s own sense of self. These differences can be traced back hundreds of years and have become significantly more pronounced since the collapse of the USSR, leading to the development of two very different post-Soviet states.

Modern Russia remains an authoritarian society where many aspects of everyday life are rigidly structured in a hierarchical manner. Individual Russians typically have little sense of their own agency or inclination to hold their leaders accountable. The same vertical power structures are found everywhere from government and business to academia and the military.

In contrast, independent Ukraine has emerged over the past three decades as a highly democratic if frequently chaotic society with a population that takes its own agency for granted and demands accountability from elected representatives. The contrast between the different political cultures in post-Soviet Russia and Ukraine could hardly be more striking and makes a mockery of attempts to portray the two nations as “one people.”

During the two decades of Putin’s reign, Russian society has broadly accepted the country’s gradual retreat from the fledgling democracy of the 1990s. Putin has managed to suppress modest levels of domestic opposition and has succeeded in re-establishing the one-party dictatorship of the Soviet era.

Meanwhile, Ukraine has moved in the opposite direction and has experienced two popular uprisings in defense of the country’s democracy. Millions of Ukrainians took part in both the 2004 Orange Revolution and 2014 Euromaidan Revolution, with people across the country risking their lives and livelihoods to defy the government and prevent a return to the authoritarian past. These protest movements confirmed modern Ukraine’s democratic credentials while sparking unprecedented outrage and alarm in the Kremlin.

Moscow’s concern is easy to understand. Putin and the present generation of Russian leaders came of age politically during the Soviet collapse and remain haunted by the entire notion of popular uprisings. They view any demonstrations of people power with deep disquiet and regard the consolidation of Ukrainian democracy as a possible catalyst for further Russian imperial retreat.

The role of Ukrainian civil society in the country’s war effort has done little to allay these fears. The spirit of volunteerism that drove Ukraine’s two post-Soviet revolutions was clearly evident in the military miracle of spring 2014, when thousands of Ukrainians formed volunteer battalions to derail Russia’s invasion of the country. This civic mobilization has once again been central to Ukraine’s fight back following the start of Russia’s full-scale invasion in February 2022.

The growing gulf between modern Russia and Ukraine is also evident in the contrasting attitudes of the two neighboring societies toward historical memory. The Putin era has witnessed the rehabilitation of Josef Stalin in Russia and the elevation of the Soviet victory over Nazi Germany into something approaching a religious cult. In contract, Ukrainians have belatedly come to terms with many of the darkest chapters of the Soviet past such as the genocidal forced famine of the 1930s that killed an estimated four million people.

De-communization has taken place gradually in post-Soviet Ukraine, with the initial steps of the early 1990s followed by a new wave beginning in 2014. While the process has been far slower than in Central Europe and the Baltic States, Ukraine’s de-communization has nevertheless placed the country on a completely different ideological trajectory to modern Russia.

Putin and other Russian leaders are either unwilling or unable to acknowledge the agency of Ukrainians and stubbornly refuse to recognize the significance of the country’s vibrant civil society. Instead, they cling to conspiracy theories portraying the Ukrainian revolutions of 2004 and 2014 as Western plots orchestrated by meddling foreigners. Comforting myths of this nature have a long history in Russian imperial propaganda and echo similar claims made regarding the Ukrainian national liberation movement during the Czarist and Soviet eras.

Moscow’s attempts to blame everything on corrupting foreign influence reflect a deep reluctance to concede that Ukrainian society is truly distinct from Russia or that Ukrainians would voluntarily reject Russia. In reality, of course, Ukrainians do not require any prompting from Western agents in order to mobilize. They have been profoundly shaped by their experience as a post-imperial society and need no outside encouragement to fight for their rights. This terrifies Russia’s leaders, who see Ukraine’s democratic transformation as an existential challenge to their own authoritarian model.

The war is now serving to highlight just how far apart Russia and Ukraine have become. While Russians embrace the openly imperialistic rhetoric of the Kremlin and in many cases applaud the invasion, Ukrainian civil society works to document Russian war crimes and Ukrainian volunteers crowd source drones and body armor for their country’s military. The next generation of Ukrainians appear to have instinctively picked up on this mood of volunteerism. There have been numerous examples in recent months of Ukrainian children who have acted independently to raise money for the army without any prodding from their parents.

The folly of continuing to insist that Russians and Ukrainians are “one people” is now all too evident. Unlike their Russian counterparts, today’s Ukrainians are confident in their own agency and comfortable defending their rights against domestic tyrants and foreign despots alike. Putin’s decision to invade Ukraine was rooted in his refusal to recognize this resilience. It has proven a costly mistake.

The Russian ruler’s entire invasion strategy was based on the flawed assumption that any opposition could be overcome by decapitating Ukraine’s government and replacing it with a Kremlin-friendly alternative. In essence, Putin fell into the trap of believing his own propaganda. He assumed Ukrainians would demonstrate the same kind of passivity he has come to expect from Russians. Instead, he now finds himself an international pariah at war with a nation of forty million.

Taras Kuzio is a professor of political science at the National University of Kyiv Mohyla Academy and is the author of “Russian Nationalism and the Russian-Ukrainian War.”