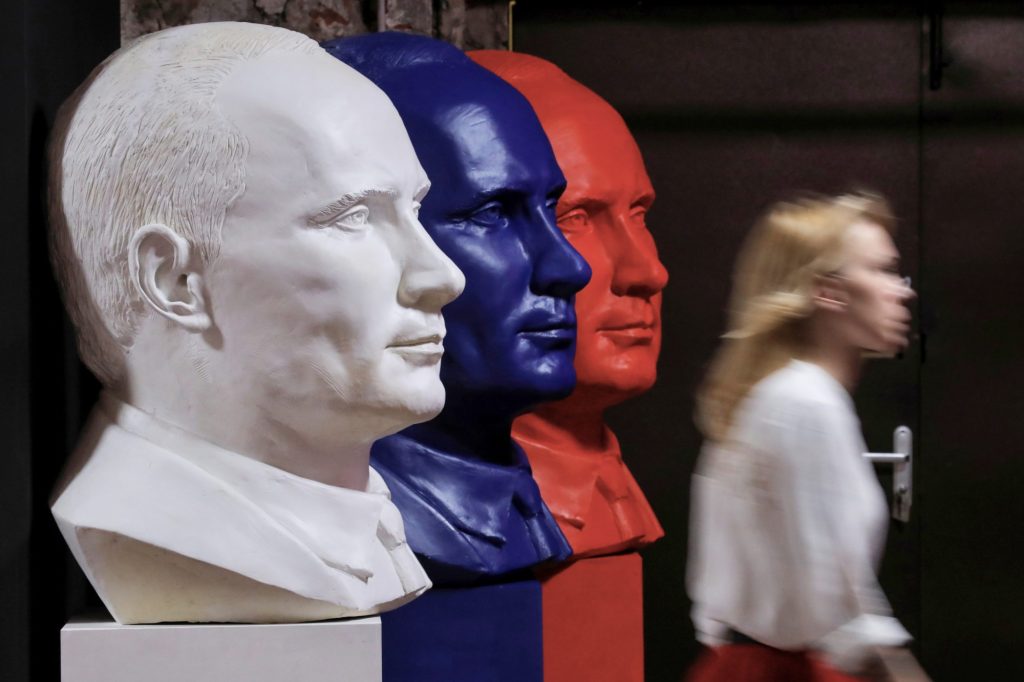 By Kate Tsurkan, for UkraineAlert

The Russian invasion of Ukraine has amplified the ongoing debate over Russia’s cultural presence in Ukrainian society and accelerated efforts to remove vestiges of the imperial past. Some Russian intellectuals have voiced concern over the targeting of Russian culture in Ukraine, with author Mikhail Shishkin going as far as to ask in a recent piece for The Atlantic whether a Ukrainian author would “speak up for Pushkin.”

This raises challenging questions regarding the separation of culture from politics and the role played by culture in Russian imperialism. With Russian troops occupying vast swathes of Ukraine and Russian President Vladimir Putin proudly declaring the return of “historic Russian lands,” is now the right time for Russian intellectuals to rally in defense of Pushkin?

Russia is committing genocide against the Ukrainian people and making no secret of the fact. On the contrary, the overwhelming physical evidence of war crimes in Ukraine itself is supported by an endless array of proofs from Russian officials and propagandists in Moscow that demonstrate clear and unambiguous genocidal intent.

Since the invasion began on February 24, testimonies of survivors who fled the Russian occupation have made clear that Putin’s ultimate objective is to wipe Ukraine off the map. Russian troops are trying to achieve this criminal goal through a combination of mass murder, terror tactics, deportation and depopulation. Mass graves have been uncovered wherever Russian troops have been forced to retreat. The Ukrainian authorities have been overwhelmed with accounts of torture and sexual violence. Thousands of Ukrainian children have been forcibly relocated to Russia. Air raid sirens sound in nearly every region of Ukraine on a weekly or sometimes daily basis. Civilian buildings are frequently the target of missile strikes. Millions of Ukrainians have fled their homes. No part of the country is safe.

Meanwhile, Kremlin TV pundits routinely question the legitimacy of Ukrainian statehood and call for the forced “re-education” of Ukrainians to rob them of their Ukrainian identity. Officials declare that Ukraine “no longer exists,” while editorials in Russian state media confirm the invasion’s stated military goal of “de-Nazification” actually means “de-Ukrainianization.” Former Russian President Dmitry Medvedev, who the West once naively hailed as a liberal change-maker, now regularly posts deranged anti-Ukrainian messages on his Telegram channel alongside maps of Ukraine divided up among Russia and other neighboring countries.

Throughout occupied Ukraine, the campaign to erase Ukrainian identity frequently employs Russian cultural icons. For example, billboards featuring giant portraits of Pushkin have been erected in the occupied city of Kherson in southern Ukraine as part of efforts to promote Russia’s imperial claims. In such circumstances, it is only natural that Ukrainians would begin to view Russian culture as an extension of Russian military aggression and cling more fiercely to their national identity instead.

Several noted Ukrainian authors who wrote mostly in Russian until the invasion has underlined how the conflict has made it impossible to separate culture from politics.

One such example is Volodymyr Rafeyenko, who wrote Mondegreen, his first novel in Ukrainian, after fleeing his native Donetsk in 2014. As he explained in a recent piece for Literary Hub, he was fully prepared to be a bilingual author but everything changed following the start of the full-scale invasion in February. “Genocide, the murders of children and adults, rapes, torture, the destruction of churches and museums, kindergartens and schools. Beastly, ungodly cruelty. All of this will be closely connected with the Russian language. And nothing can be done about it. The Russian language in its entirety has become obscene, speech outside the bounds of decent human discourse. And these days, if I have to use it in some private communication, I always feel something like disgust mixed with shame, guilt and physical pain.” After February 24, Rafeyenko found himself displaced yet again due to Russian aggression when he and his wife were trapped in the occupied suburbs of Kyiv. Thanks to the help of friends, they were able to evacuate to the west of the country.

The daily brutality of Russia’s invasion has compelled many Ukrainian artists to call on the world to suspend any and all cooperation with the Russian cultural sphere for as long as the war continues. Critics like Mikhail Shishkin have argued that it is Putin and not Pushkin who is directly responsible for the crimes taking place in Ukraine. Many Russian liberals appear to find it incomprehensible that poetry and other forms of high art could be spoken of in the same vein as mass torture, kidnapping, rape, and murder. Such posturing is either conveniently shortsighted or intellectually dishonest.

For centuries, Russian literature has played an important role in the shaping of negative imperialistic stereotypes about Ukraine. The country has routinely been depicted as a backward and inferior region of Russia that is incapable of self-rule and undeserving of statehood. One particularly notorious example is the infamous poem by celebrated Soviet dissident Joseph Brodsky entitled “On the Independence of Ukraine,” which was written during the breakup of the Soviet Union. In this vicious and vulgar poem, he uses a Russian ethnic slur to refer to Ukrainians and contemptuously declares that on their deathbeds, Ukrainians will forsake nineteenth-century Ukrainian national poet Taras Shevchenko in favor of Pushkin.

Brodsky’s poem sheds light on a painful truth that many in the West are still struggling to grasp. While Russian literary figures have traditionally been lionized by Western audiences as symbols of a freer Russia, their readiness to take a stand against the autocracy of the Russian state does not necessarily make them natural allies of the Ukrainian national project. Indeed, Ukrainians have long noted that Russian liberalism ends at the Ukrainian border.

None of this means that the tone–deaf words of Russian writers such as Mikhail Shishkin are tantamount to war crimes committed by the Russian army. However, understanding the nuances of Russian-Ukrainian relations should compel us to reexamine how the public sphere engages the topic of Ukraine. This is especially true in the context of ongoing Russian aggression and against a historic backdrop of Russian imperialism. Ideally, the current war should spark a fundamental shift in international perceptions of Ukraine and expose the folly of attempting to view the country through a Russian prism.

Russian artists, like Ukrainian artists, have been victims of the Russian state in its many ugly forms. Yet political oppression should not be confused with genocide. While Russian authors like Mikhail Shishkin sit in exile and mourn the loss of Pushkin statues in Ukraine, their Ukrainian contemporaries such as Oleh Sentsov, Artem Chapeye, Artem Chekh, Oleksandr Mykhed, Illarion Pavliuk, Stanislav Aseyev, Pavlo Stekh, Yaryna Chornohuz and many more have taken up arms to save their country from destruction. In the final analysis, it is their nation-building experience and not the fate of Pushkin that is the true story of this war. This is a story the world desperately needs to hear.

By Kate Tsurkan, for UkraineAlert

Kate Tsurkan is a Ukraine-based American writer and Chief Editor of Apofenie Magazine.