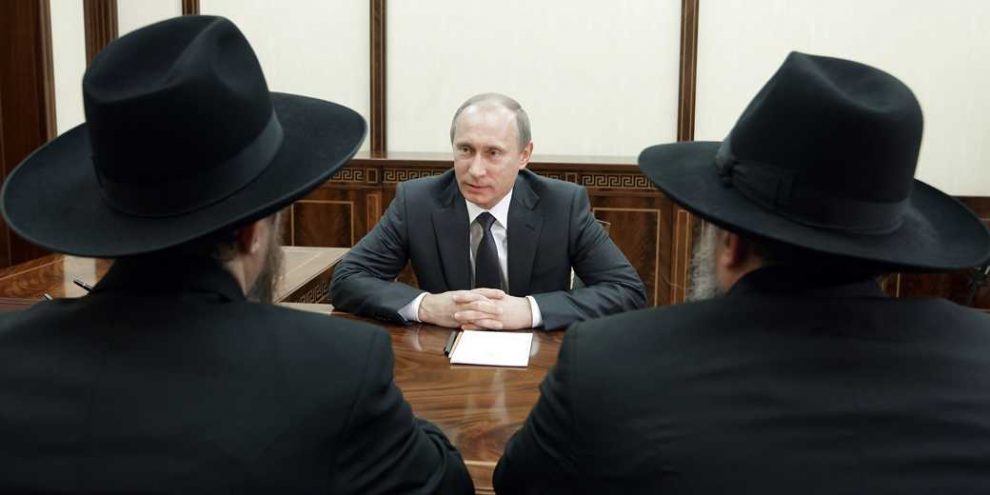 In the film World Order 2018 and indeed in all his propaganda over the last 18 years, Vladimir Putin has strictly divided the world into two parts: the sacred in which he has brought order and the profane in which Chaos rules “having given birth to the eternal enemy of humanity, the West,” Igor Yakovenko says.

There are others besides Putin in the sacred part of the world, the Russian commentator says, including people like Hungarian Prime Minister Viktor Orban, Dutch Islamophobe Geert Wilders, and German entrepreneur Gerhard Schroeder, who play supporting roles resembling those of Warsaw Pact leaders in Soviet times.

“Among these satellites in Putin’s mythology Israel” and especially its current prime minister Benjamin Netanyahu “is given a key role” in order that no one and especially no Russian “will have any doubt that the Jews of the entire world are behind Putin,” Yakovenko continues.

There are too few Jews in Russia for this Putin effort to reflect electoral considerations. Instead, Putin devotes this attention to Jews for two reasons. “First, within Russia, ‘the Jewish theme’ is extremely sensitive not only among representatives of the Jewish people but also among those who by their views and values are part of the liberal intelligentsia.”

Such people are not that numerous either, Yakovenko says; but they often influence others at home and abroad far beyond their size.

And second, there is the Holocaust. On that issue, Putin has adopted one and only one line: “the West gave birth to Hitler who carried out the Holocaust, and Russia and Stalin destroyed Hitler and saved the Jews. Therefore, the Jews of the entire world must be eternally grateful to Russia, Stalin and also to Putin who although born after the war ‘preserves this memory.’”

Anything that calls that logic into question or suggests that the situation was rather more complicated is ignored by Putin and his propagandists. The role of the West in defeating Hitler is cut out of the record and Stalin’s anti-Semitism is papered over, while Putin’s role is presented as self-evident.

But, of course, the reality is this: Putin and his regime deserve gratitude for saving the Jews from the Holocaust “to the same degree” that he and his entourage bear direct responsibility for Stalin’s repressions. That is, none at all.