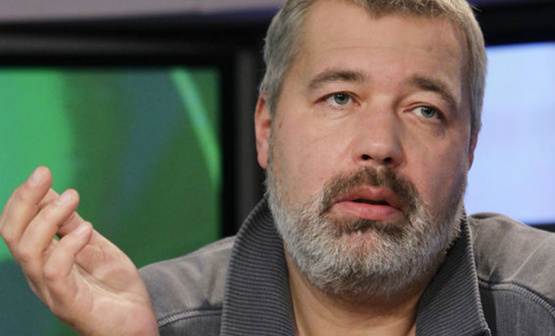 Earlier this week, Vladimir Putin had a meeting with the leaders of some of Russia’s most prominent editors of the opposition media, a session that has sparked controversy because the participants were required to agree not to discuss that had transpired behind closed doors.

Dmitry Muratov, the chief editor of Novaya gazeta and one of those who took part, reported on this arrangement in an interview on Dozhd television on Wednesday. And his acknowledgement sparked a firestorm (nr2.lt/News/politics_and_society/O-sekretnoy-vstreche-Putina-s-glavnymi-redaktorami-tak-nazyvaemyh-oppozicionnyh-SMI-125461.html).

Civitas editor Rimma Polyak denounced the willingness of opposition journalists to take part in such a meeting where they were required to give a non-disclosure agreement. “Would editors in chief in a democratic country attend a closed meeting with a president?” she asked and suggested Putin was pursuing a kind of “hybrid” campaign against opposition outlets.

“It is difficult to imagine a closed meeting of the US president with the editors of The Washington Post, The New York Times, the Chicago Tribune, and so on.” But clearly, she argued, opposition editors in Russia assume that everything is “relative” and that they thus should be willing to do this under Putin. After all, they’ve had 17 years’ experience.

Other journalists, including Dmitry Chorny, an editor of Forum-MSK and a member of the Union of Journalists of Moscow, were if anything even more critical, suggesting that what Putin has done is to blur the line between official and opposition journalism and weaken the latter in the eyes of the population (forum-msk.org/material/news/13220742.html).