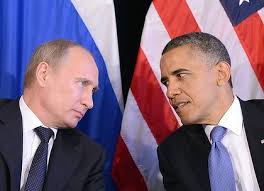 Russian President Vladimir Putin cares a lot about what you think — about NSA contractor-turned-defector and Russian asylum seeker Edward Snowden, and pretty much everything else — to the point of spending $300 million of state funds last year on the external audiovisual service RT, designed primarily to spoonfeed the Kremlin worldview to a global audience. And unearthed records show that’s just the tip of a much more insidious iceberg, Rachel Marsden writes in her article for baltimoresun.com.

Why, you might ask, would an iron-fisted authoritarian care about what the masses outside of his own country think? Well, if Russia can convince you, as a Westerner, to focus on critiquing your own government, you’ll be less inclined to criticize the geopolitical competition. The greatest strengths of a democracy — free speech and opposition to power — are also weaknesses ripe for subversion and exploitation by a competitor who seeks to divide and conquer as a means of gaining a competitive advantage. And yet attempts at free speech and opposition to power in Russia put citizens at risk of being either imprisoned or liquidated.

And the double standards don’t end there. Mr. Putin is cracking down on non-governmental organizations, raiding the offices of those who receive foreign funding, treating them as if their sole purpose is to act as a subversive foreign agent to undermine his authority. Meanwhile, he’s infiltrating American media and political institutions.

Mr. Putin uses his propaganda apparatus to endlessly chastise Western nations for meddling in Syria, Cyprus and other nations over which Russia formerly enjoyed unfettered influence. The narrative is always the same: The United States and its allies won’t keep their hands to themselves, while Russia minds its own business.

Except that it doesn’t.

Here’s a Russian operation that falls into the “covert” category:

Records show that from 2008 to 2010, Mr. Putin spent considerable cash — approximately $6.8 million in fees to two American firms alone — in an attempt to infiltrate America’s media and political agenda. That doesn’t include the various state-controlled Russian multinationals or entities who have also done the Kremlin’s bidding. The Sunlight Foundation’s Foreign Lobbying Influence Tracker shows that the Kremlin has gone to great lengths in hiring three American lobbying and public relations firms in an attempt to pitch favorable op-eds to American media outlets such as CNBC.com, Politico, the Huffington Post, the Wall Street Journal and the Washington Post. Records show that in one instance, a lobbyist was tasked with calling a reporter “regarding the registrant’s representation of Russia.” Records also show that one of the firms corresponded extensively with former CNN host Larry King on behalf of the Kremlin in an effort to arrange a sit-down interview with Mr. Putin.

In some instances, according to lobbyist records, producers of CNN’s “Future Cities” program have had “multiple correspondences” with the public relations firm being paid princely sums to spin their client country’s reputation.

The Kremlin has a communications director for such things, Dmitry Peskov. And Larry King now hosts a television show on the Kremlin’s RT.

As much as Mr. Putin claims to hate foreign NGOs, he seems to be all over groups in Washington, with Russian front-firm representatives interacting with the Brookings Institution, the RAND Corporation, the German Marshall Fund, the Center for European Policy Analysis and the Heritage Foundation, and attending Cato Institute events.

The PR and lobbying firms were also hired to front for the Kremlin’s interests in monitoring and interacting with the political apparatus in Washington, D.C. Records show that they were keeping close tabs on former Secretary of State Condoleezza Rice, including monitoring her testimony before the House Appropriations Foreign Operations Committee. Members of the House Foreign Affairs Committee were also targeted and solicited regarding the Russian-Georgian conflict.

There’s nothing wrong with a little diplomacy, of course — except that Russia already has ambassadors and entire embassies full of diplomats for that. It wouldn’t be unreasonable to conclude that an American firm fronting for the Russians would have an easier time dealing directly with fellow countrymen within the Washington Beltway crowd, as opposed to someone from a foreign country who lacks connections and whose agenda is much more obvious.

But if the Kremlin is going to play that game, it should stop crying “American foreign influence!” when it has front groups inside America doing its bidding.

This is yet another reminder to the American public of the unfortunate need to assess everything they see or hear through a critical lens.

Rachel Marsden is a columnist, political strategist and former Fox News host who writes regularly for major publications in the U.S. and abroad. Her website is http://www.rachelmarsden.com.

This article was published on the website baltimoresun.com on July 30, 2013.