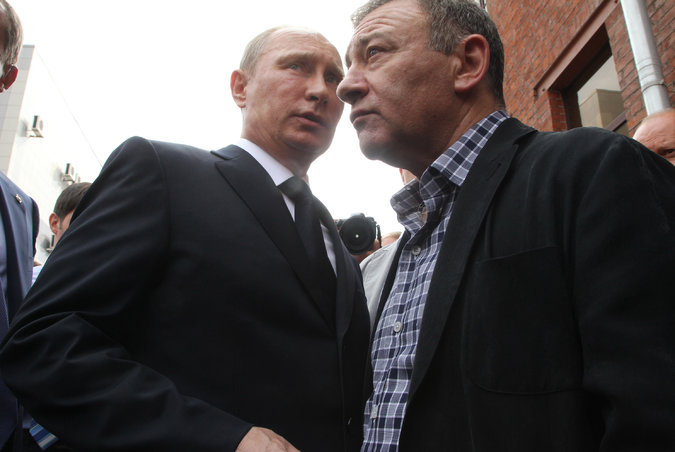 The purge began in late winter. One by one, hundreds of textbooks that Russian schoolchildren had relied upon for years were deemed unsuitable for use in the country’s 43,000 schools. The reasons varied, but they shared a certain bureaucratic obstinacy, The New York Times writes.

One publisher saw all of his company’s English-language textbooks barred because he had failed to include their subtitles on the paperwork required for government approval. More than three dozen books that use a popular creative teaching style were dropped from a list of authorized titles because the publisher had submitted copies of supporting documents, rather than the originals.

Then there was the case of the colorful math textbooks published by a decorated educator, Lyudmila G. Peterson, cashiered for using characters from popular foreign children’s stories. Illustrating math problems with the likes of Snow White, Eeyore and Owl, in one expert’s decisive opinion, was “hardly designed to instill a sense of patriotism” in young Russian minds.

By the time the school year began this fall, the number of approved textbooks for Russia’s 14 million schoolchildren had been slashed by more than half. The summary winnowing by the Ministry of Education and Science upset lesson plans, threatened the livelihoods of nearly two-dozen small publishers and left principals, teachers and parents puzzled and angry.

There was, however, one standout winner: A publishing house whose newly appointed chairman was a member of President Vladimir V. Putin’s inner circle, Arkady R. Rotenberg, a judo sparring partner from Mr. Putin’s St. Petersburg youth.

“I have never seen such a level of cynicism and chaos before,” said Vladimir A. Peterson, who manages the publication of the math textbooks developed by his mother.

The purge was the latest in a string of government maneuvers that have positioned Enlightenment, once the sole provider of school textbooks under Soviet rule, to dominate the textbook marketplace once again. Mr. Putin first directed that the state-owned company be sold into private hands, records show, in a deal that circumvented a requirement intended to ensure the highest prices for state assets. Then, having installed Mr. Rotenberg as chairman, Mr. Putin’s government knocked out much of Enlightenment’s competition.

The remaking of Russia’s textbook industry features a murky trail of transactions that dead-ends in the opaque offshore tax haven of Cyprus, and a cast of characters including a federal lawmaker from the party loyal to Mr. Putin and the software giant Microsoft, which recently signed an agreement with Enlightenment to help it provide Windows-based tablets to Russian schools. That deal came after Mr. Rotenberg, though not Enlightenment specifically, had been targeted along with other close Putin friends by international sanctions stemming from Russia’s annexation of Crimea.

Enlightenment’s story also traces, in miniature, the arc of the Russian economy over the last quarter-century, from Soviet state ownership, to privatization, to what might be called the theater of state-sponsored private enterprise that flourishes today under Mr. Putin. In theory, market competition exists. In reality, the Kremlin and its functionaries have divvied up the nation’s strategic industries among a small and malleable circle of allies. They command some of the nation’s largest energy companies, control banks and much of the news media, and, increasingly, have a footprint in smaller sectors, like book publishing, that are nonetheless important to Mr. Putin’s political control.

“The country is now run by a few families, or clans, close to Putin,” said one publisher, who like many others spoke only on the condition of anonymity for fear of retribution. “They used to focus on the very biggest businesses: oil, gas, big infrastructure projects, the banks. But now that they have eaten all the food in that cupboard, they are eating the mice, and the mice’s food, going after smaller and smaller markets.”

You can read the rest of the article on the website of The New York Times.