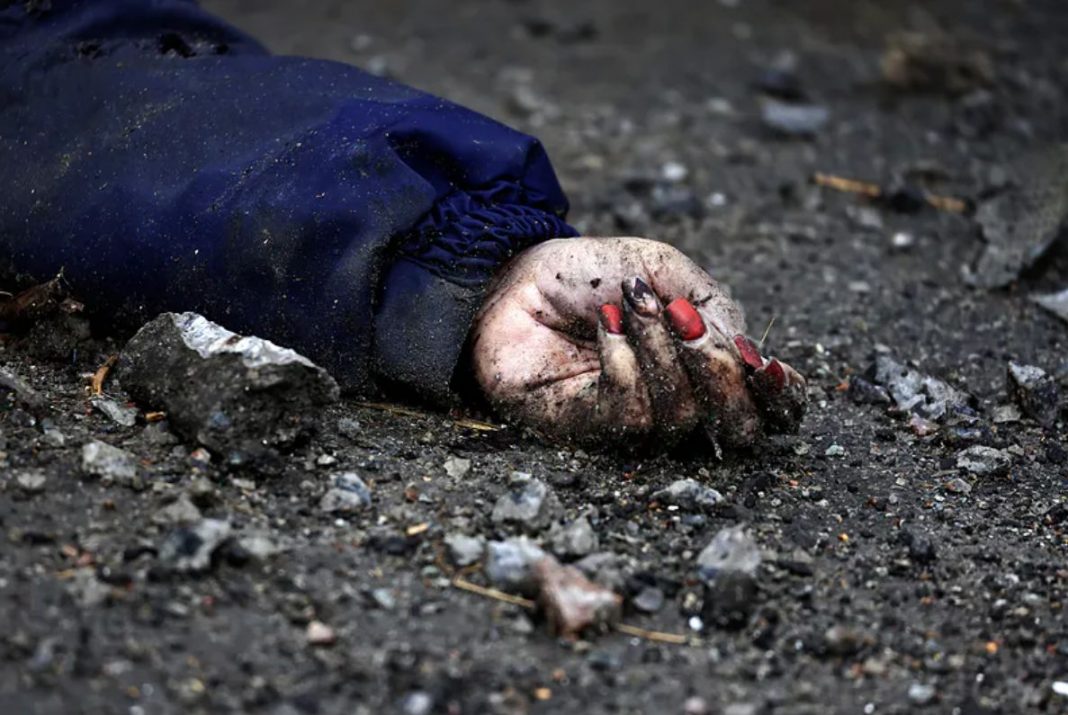 On April 18, 2022, Vladimir Putin awarded the rank of “Guards” to the 64th Separate Motorized Rifle Brigade of the Russian Army. On March 28, a similar name was awarded to the 155th Marine Brigade. Both these Russian military units operated in Bucha. This suggests that Russia began a new count of cynicism at the highest state level. Just this spring.

Traditionally, the most capable, victorious units which have demonstrated courage and victory on the battlefield are given the Guards title. However, this time we are talking about completely different actions.

In March 2022, both so-called “Guard” units resided in the town of Bucha in the suburbs of Kyiv. Bucha became known throughout the world as a symbol of the war crimes of the occupiers. Civilians were killed, women and juvenile girls were raped, and houses were destroyed. 85% of the bodies of the victims have traces of bullet wounds. More than 400 Bucha residents fell victim during the several weeks of occupation.

Why did the Bucha occupiers become guardsmen? Russia’s president has been awarding Russian soldiers since the first days of the war. However, the situation is quite different with the 64th Separate Motorized Rifle Brigade and the 155th Marine Brigade.

Last week, the Kremlin master compared the allegations of war crimes in Bucha to “fakes of a chemical attack in Syria.” Like, these are phenomena of the same order. Against this background, it is not surprising that Alexander Dvornikov, known as the “Syrian butcher”, has been appointed commander of Russian troops in Ukraine. He has Putin’s indulgence in any actions that allow him to achieve his goals.

The new “guards” became another Russian symbol. Putin and his allies are spitting on the world around them. the president of Russia rewarded executioners, rapists and looters. The Russian government does not hide its desire to destroy Ukrainians as a nation and Ukraine as a state. They need to be stopped by joint efforts. There are no alternatives.