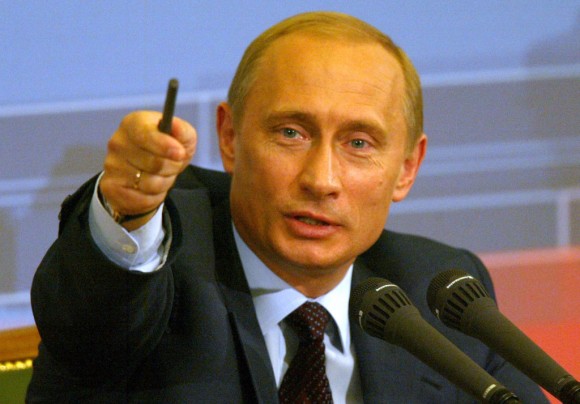 The Dutch Safety Board has issued a report indicating that a Russian BUK missile destroyed Malaysian flight MH17, killing all 283 passengers and 15 crew on board, in Russian-occupied eastern Ukraine. The only question is whether the missile was fired by Russian troops or terrorists under Russian control. In any case, Russian President Vladimir Putin, who ordered an invasion of eastern Ukraine, has blood on his hands.

The Dutch took the lead because most of the dead were from the Netherlands.

The results were not surprising, since circumstantial evidence already pointed to the Russians as the culprits. Russia refused to cooperate with the investigation (led by the Netherlands, Ukraine, Malaysia, Australia and Belgium) and vetoed a U.N. tribunal established to try those responsible.

At the time of the mass murder, Kremlin-financed Russia Today (RT) television tried to obscure the truth about Russian terrorists bringing down the Malaysian plane, even though the facts known at the time implicated the terrorists in eastern Ukraine in the mass murder of nearly 300 people.

RT is carried by such giant media companies as Comcast. But in violation of the Foreign Agents Registration Act, the channel is not carried with disclaimers identifying the material as foreign propaganda. President Obama’s Justice Department is refusing to enforce the law.

As part of the disinformation campaign to divert attention away from Moscow’s bloody hands, RT released a “documentary” entitled “MH-17: the untold story,” claiming that a BUK missile did not hit the MH-17 plane. Instead, it was suggested that the plane went down because of cannon fire from a Ukrainian jet.

The lies were too much to take for Sara Firth, who had worked at Russia Today for five years. She told The Guardian that the channel’s coverage suggesting Ukraine was to blame for the crash was the “straw that broke the camel’s back.” She quit, saying, “It was the most shockingly obvious misinformation and it got to the point where I couldn’t defend it anymore.”

A variation of the Putin propaganda held that Ukraine downed the plane, thinking Putin was on it. Hence, it was an assassination attempt. We noted at the time, “This bizarre piece of disinformation surfaced on RT…[and] was linked to by the popular Drudge Report, used by many conservatives as their homepage, and then picked up by the Alex Jones’ Infowars.com site, a reliable outlet for pro-Russian propaganda.”

We reported in 2010 that RT has been eager to publicize Alex Jones and his various anti-American conspiracies because “they divert attention from the increasingly totalitarian nature of the Russian regime and the military threat that Russia still poses to American interests.” Jones was a regular guest on the RT propaganda channel, and defended Moscow’s invasion of its former Soviet republic of Georgia in 2008.

Matt Drudge, who made his name by posting the story about the stained dress, implicating President Bill Clinton in adultery, is considered a major player in the conservative media but has been living as a virtual hermit and rarely makes public appearances. However, he recently gave an interview to Jones and his Infowars.com show. Drudge, who didn’t allow his face to be seen, raised rumors about Hillary Clinton’s sex life and talked at length about the control of the flow of information, wondering if his website would be shut down. He was concerned that copyright laws could close down his popular site because he links to the work of others. “I had a Supreme Court Justice tell me it’s over for me,” said Drudge. “They’ve got the votes now to enforce copyright law, you’re out of there. They’re going to make it so you can’t even use headlines.”

In one interesting foreign policy exchange in the conversation that lasted about 45 minutes, Jones wondered if Putin was looking good in the Middle East, by claiming to target Islamic terrorists. This time, Drudge didn’t take the bait, and he moved on to other topics. Tina Trent, a commentator who has written about the impact of the Drudge Report, says it appears that Drudge is “dialing back” on his use of pro-Putin material supplied by Jones and other sources like Russia Today. “Maybe he’s travelled the world a bit and understands more about totalitarianism now,” she said.

Picking up the slack, another player in the Putin disinformation network is Don Hank, who claims to be a Christian conservative activist and runs a website. He distributed material claiming that the name of the Oregon killer had been included on a list of 87,000 “known/suspected” Islamic terrorists that the Central Intelligence Agency (CIA) and International Criminal Police Organization (INTERPOL) had “refused last month to accept from Russia.”

Hank told his followers that Putin “was concerned enough about you and me to take time out of his busy day to warn us of a real and present danger!” But the U.S. government, he said, wanted us to die and ignored the warning.

The source of the information was said to be the Russian secret police, the FSB, making the whole thing suspect to begin with. However, the embedded link was to a different story on the FSB website that had nothing to do with the Oregon massacre.

Hank, who lives in Panama, said that the story had appeared in a “filthy rag” known as the European Union Times, and that he should have known better.

When the Dutch Safety Board pointed fingers at a Russian missile for the destruction of MH 17, Hank was up to his old tricks, telling his email list that the government of Ukraine brought down the plane, not the Russian terrorists. His source for this claim was the Moscow-funded RT channel.

The use of dubious sources like RT is what threatens the credibility and viability of legitimate websites that are truly independent and offering real facts and information.

By Cliff Kincaid, Accuracy in Media