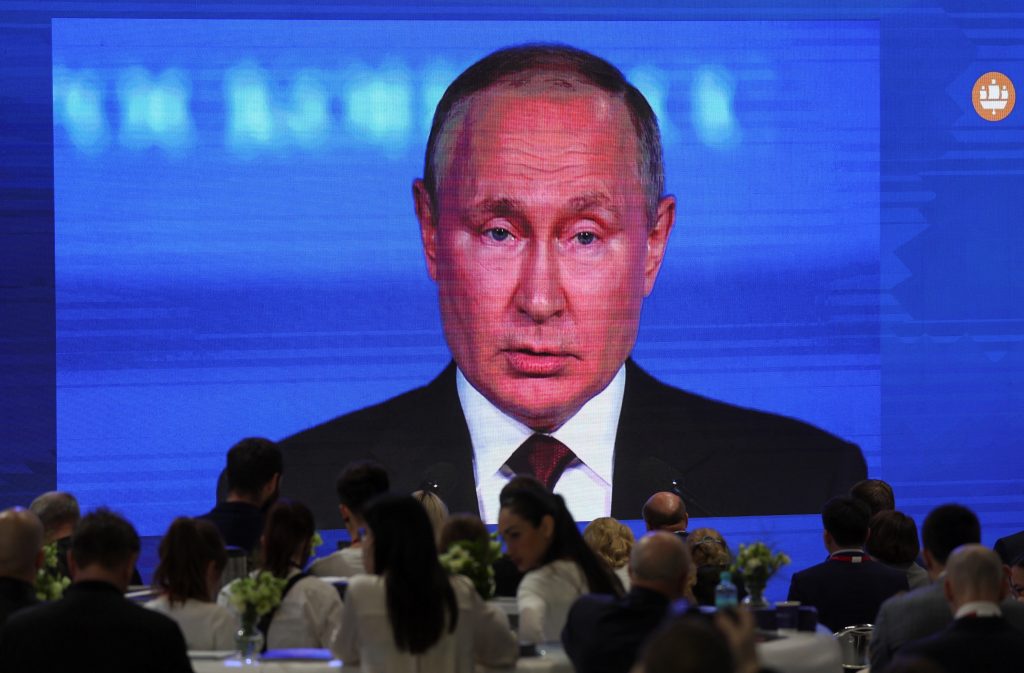 By Allan Mustard, for UkraineAlert

For the past century at least, the Kremlin leadership has failed to understand the West. Though it has at times succeeded in manipulating the West and conducting espionage operations against it, the Kremlin and its affiliated intelligence services have consistently misunderstood Western intentions.

This is not accidental. We know from sources ranging from the Mitrokhin Files to the recent defection of Boris Bondarev that both Russian diplomats and Russian intelligence officers are pressed to report not what the Kremlin needs to know, but rather what it wants to hear. The classic example of this was Yuri Andropov’s directive to KGB officers abroad to obtain NATO’s plans for a pre-emptive nuclear strike against the USSR, despite the fact that no such plans existed. The Soviet intelligence services “fed the beast” for years, and in 1983 nearly triggered a nuclear war over the Able Archer NATO exercise.

This approach to information and intelligence gathering results in projection, meaning the tendency to see the outside world not as it really is but through the distorting lens of the observer’s experience. Vladimir Putin’s recent speech at the 2022 Saint Petersburg International Economic Forum is worth exploring in detail as it left little room for doubt that his worldview is dominated by such projection.

Putin’s June 17 speech in Saint Petersburg was billed in advance as “extremely important” by the Kremlin. It was certainly revealing. In his address, Putin projected his own desire to expand Russia’s borders onto the West while accusing Western leaders of crimes he himself is guilty of. His much quoted reference to “obsolete geopolitical illusions” was particularly ironic, since Putin’s worldview is based on nineteenth century modes of sphere-of-influence international relations. Clearly, Putin fails to understand that his view is the obsolete illusion.

The Russian dictator accused the West of viewing the rest of the world as a collective backwater. “They still treat them like colonies, and the people living there like second-class people, because they consider themselves exceptional. If they are exceptional, that means everyone else is second rate.” This was clear projection of Russia’s own attitude toward its former colonies, ranging from the 14 non-Russian former republics of the USSR to the former Warsaw Pact nations of Central Europe.

The idea of Western imperialism was central to Putin’s entire speech. Citing the examples of Yugoslavia, Syria, Libya and Iraq, he accused the West of “crudely and shamelessly imposing their ethics, their views on culture and ideas about history, sometimes questioning the sovereignty and integrity of states, and threatening their very existence.” This was particularly ironic given Putin’s own statements denying Ukraine’s right to exist. As for “crudely and shamelessly imposing” cultural values, the Russification of education and culture across the multi-ethnic USSR, extending to today’s multi-ethnic Russian Federation, makes clear that this is another projection.

Putin’s comments on Western democracy were similarly shaped by the cynicism of his own experience with fake parties and rigged elections. “Frankly, the democratic procedures and elections in Europe and the forces that come to power look like a front, because almost identical political parties come and go, while deep down things remain the same. The real interests of people and national businesses are being pushed further and further to the periphery,” he stated. Putin’s United Russia party has been in power in Russia for over two decades and is now the only real political force in the country, particularly since the jailing of Alexei Navalny. United Russia certainly fits Putin’s definition of being completely divorced from “the real interests of people and national businesses.”

Unsurprisingly, Putin had much to say about the European Union’s alleged loss of sovereignty to the United States. Anyone truly familiar with the politics of the European Union would reject claims that Europe dances to America’s tune or has lost its political sovereignty. In fact, the greatest influence on EU policy toward Russia is exerted today not by the United States but by former Soviet vassals such as the Czechs and the Baltic states, who well remember what Russian domination was like.

Likewise, the United States has in no way pressed Sweden or Finland to apply for NATO membership. Instead, Putin has only himself to blame. Putin simply cannot imagine how Western democracies interact with each other, or that they would willingly choose to coalesce, despite their differences, when faced with an external threat. Instead, he seeks to attribute everything to American influence, a projection of erstwhile Kremlin influence over its Warsaw Pact allies during the Soviet era.

Putin’s worldview seems shaped by two information vectors: his own life experience as a KGB officer and the flow of reports from his intelligence and diplomatic services. The former is irrelevant to the modern world, while the latter is likely highly inaccurate due to the pressure on Russian spies and diplomats to tell the Kremlin what it wants to hear.

When we face a sparse information matrix to support decisions, we tend naturally to fall back on our own experience and to give most credence to information that matches our preconceptions. Putin views the world through the prism of a mid-level Soviet bureaucrat nurtured on hatred of the West and biased by exposure in his formative years to only one model of both domestic politics and international relations. He sees us not as we are but as he is, as the Soviet Union was, and as he wishes Russia to be.

By Allan Mustard, for UkraineAlert

Allan Mustard retired as US Ambassador to Turkmenistan in 2019 after 34 years as a Foreign Service Officer including over seven years in the USSR and Russian Federation.