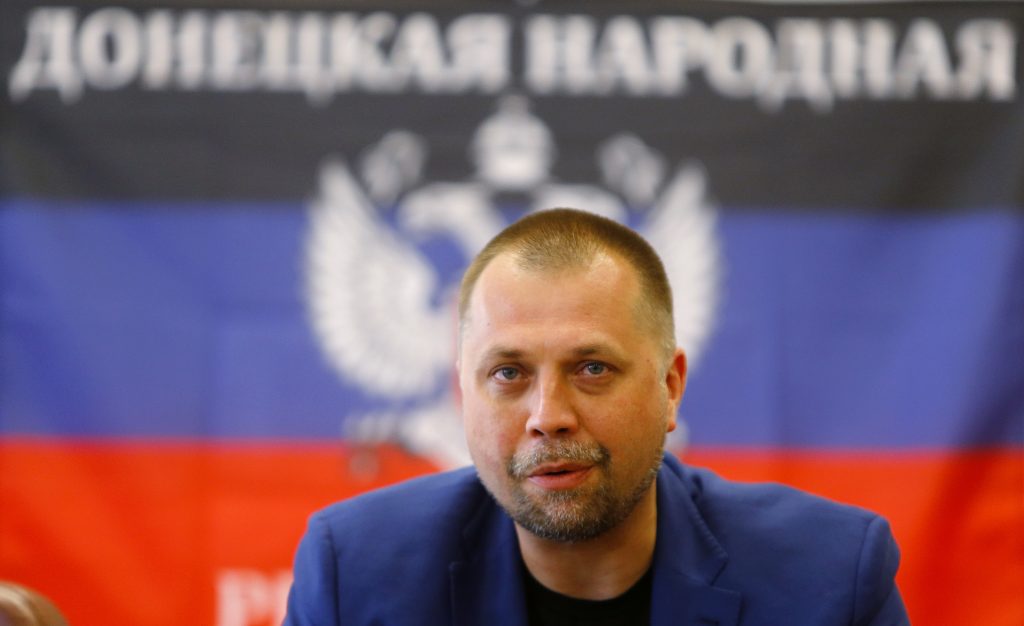 “Russia’s foreign minister accused Ukrainian leaders on Monday of trying to drag Moscow into the conflict in eastern Ukraine, following an escalation in fighting between government forces and rebels in the breakaway region.”

The above text reads like a masterclass in Kremlin disinformation, but in fact it was published by international news agency Reuters on November 1, 2021, more than seven-and-a-half years since the onset of Russian military aggression again Ukraine. In its introductory sentence of just 33 words, the Reuters report manages to validate the Big Lie underpinning Putin’s Ukraine War, namely that the conflict is an exclusively Ukrainian internal affair and Russia is an innocent bystander.

This recent Reuters report is by no means unique. On the contrary, it is merely a particularly striking example of Russia’s ability to manipulate the international media into serving as unwitting accomplices in its war against Ukraine.

Ever since the fateful night in February 2014 when Vladimir Putin first gave the order to seize Crimea, the Kremlin’s efforts to disguise its involvement in the escalating conflict have left many international correspondents struggling for the right terminology. This has fueled a war of words that has run in parallel to the conventional fighting, with reporters frequently accused of failing to satisfactorily identify Russia’s role as instigator and aggressor.

This frustration is easy to understand. The evidence of a Russian military presence in eastern Ukraine is overwhelming. Russia is recognized by the G7 nations as “a party to the conflict in eastern Ukraine, not a mediator,” while the International Criminal Court in The Hague recognized Russia’s military involvement in eastern Ukraine as far back as 2016, leading to Russia’s withdrawal from the ICC. Despite all this, many in the international media persist in making misleading references to “pro-Russian forces” and “rebels” while erroneously describing the conflict as a “Ukrainian civil war.”

The inappropriateness of such language was underlined recently by an impeccable source. Speaking on October 19 in an interview with Zvezda Live, a Youtube channel linked to the Russian Defense Ministry’s TV channel Zvezda, Russian MP Alexander Borodai championed the “Russian forces” fighting in eastern Ukraine and recalled details of earlier Kremlin efforts to mislead the international media and disguise Moscow’s responsibility for the war.

Borodai is no ordinary Russian MP. Prior to entering the Duma via Russia’s September 2021 parliamentary elections as a representative of Vladimir Putin’s United Russia party, he was best known for having served in summer 2014 as prime minister of the so-called Donetsk People’s Republic (DPR), the separatist republic created by the Kremlin in eastern Ukraine.

Borodai continued to be closely associated with the war effort following his departure from eastern Ukraine, serving as head of the Union of Donbas Veterans and frequently making bombastic public statements regarding the need for a more aggressive approach towards Ukraine.

Asked in his recent interview why he left his post in Donetsk so abruptly in August 2014, Borodai answered that his exit was necessary in order to support the Kremlin’s fictional claims of a “Ukrainian civil war.” “At that time, the leadership of the Donetsk People’s Republic was a strange spectacle,” Borodai stated. “I am from Moscow. My first deputy was from Moscow. The power ministries were controlled by Muscovites, and defense minister Igor Strelkov (Igor Girkin) was also from Moscow. It was a little too blatant from a propaganda perspective.”

The fact that the leaders of a supposedly Ukrainian separatist movement were virtually all Russian nationals created obvious problems with the foreign media and international opinion, explained Borodai. “There was no propaganda issue with domestic audiences in Russia or the Donbas,” he noted. “But the situation in the international information space was more difficult in this context. It was clear that it would be necessary to identify new leaders for the republics from among the local population.”

The newly minted Russian MP also had much to say about the broader Russian character of the conflict. While most Russian officials loyally parrot the Kremlin’s standard Ukraine denials, Borodai showed little interest in such niceties. Instead, he dismissed the Zvezda Live interviewer’s calls to be “more careful” with his choice of language and declared that the so-called separatists in eastern Ukraine are “Russian forces.” “I consider this a point of principle,” commented Borodai. “They [in eastern Ukraine] are Russian forces, and the armed forces of the Russian Federation are also Russian forces. Both are Russian forces. What’s the difference?”

Borodai’s latest comments do not qualify as entirely unprecedented revelations. Indeed, the fact that the war was ignited by Russian nationals and waged by Russian troops has long been known, while Borodai himself is noted for his imperialistic rhetoric and has previously spoken of Moscow’s desire to replace him and other Russians with locals in order to convince the West that the uprising in eastern Ukraine was a grassroots phenomenon. Nevertheless, it says much about the current mood of impunity in Moscow that a serving MP from Putin’s own party feels free to so casually expose the absurdity of Russia’s claims to noncombatant status in Ukraine.

International correspondents looking to provide an accurate portrayal of the conflict in Ukraine should take Borodai’s statements to heart. He makes no effort to disguise the fact that this is a Russian war, and readily recounts efforts to hoodwink international audiences into believing the myth of an internal Ukrainian conflict. This should give any ethical reporter pause for thought before uncritically repeating the Kremlin’s latest falsehoods in the name of journalistic balance.