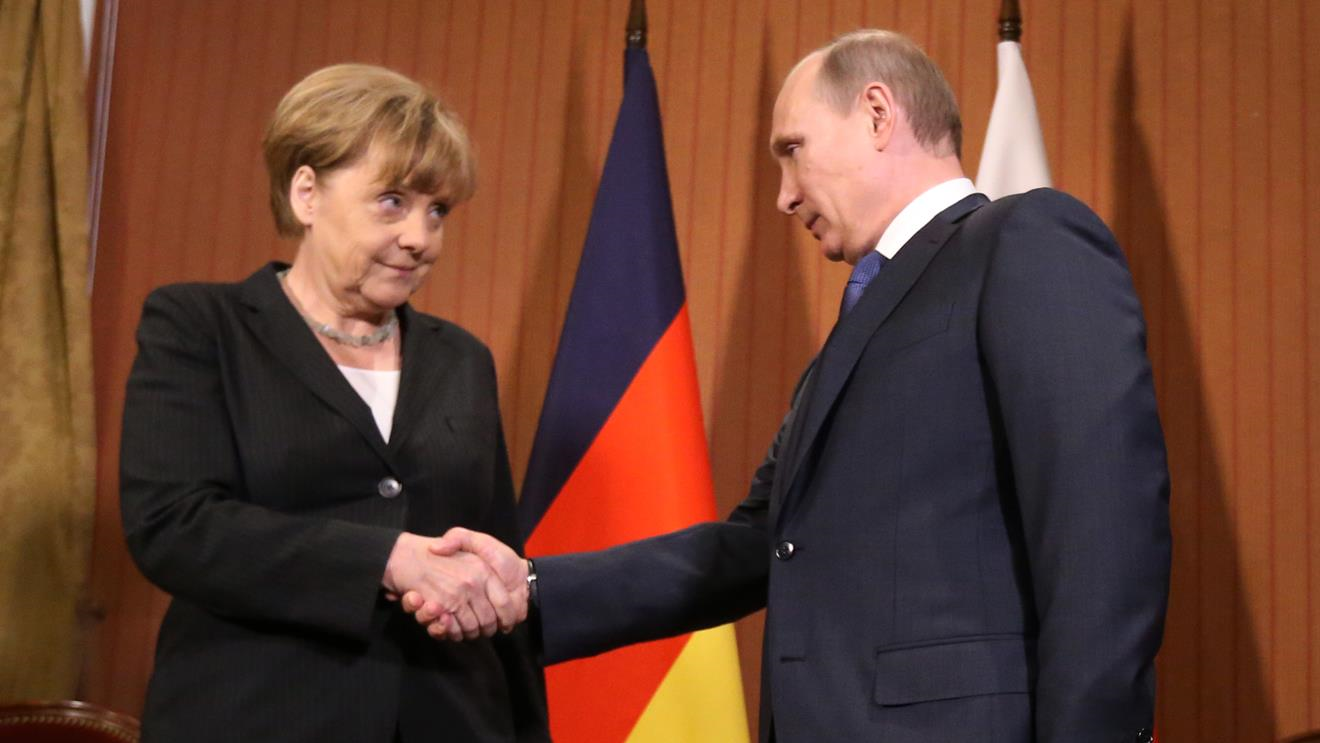 On the German talk show Günther Jauch about Ukraine and Russia, a German foreign correspondent was allowed to explain why Russia’s annexation of Crimea was really a voluntary secession — as though Russian soldiers had never been there. The poet and activist Wolf Biermann went on to compare Putin and Hitler. Der Spiegel, the German magazine, soon published another polarizing take. The title read: “Cold Warriors: How Merkel and Putin Sent Europe to the Edge of the Abyss.” The implication was that both the German chancellor and the Russian president are to blame for the war in Ukraine.

In a way, it seems balanced, because both sides get their say, yet only the Russian president is scoring the points. Thanks to Putin’s lies and the media’s indulgence of them, Putin no longer represents the bad and the others the good. Instead he’s become a rebel against the Western establishment.

Whenever the head of the Kremlin or his ministers speak, the opposite of what they claim seems to happen.

While a cease-fire is being negotiated in Minsk, Russian soldiers almost simultaneously “stumble into” Ukrainian territory or “voluntarily” spend their special leave there. Attempts to investigate the downing of Malaysia Airlines Flight MH 17 are thwarted, yet the president vehemently demands clarification. Whenever the head of the Kremlin or his ministers speak, the opposite of what they claim seems to happen. And still Putin is given a platform in Germany to suggest his actions are part of a democratic process.

The Kremlin has skillfully turned one of journalism’s strengths into a weakness. Journalists learn to hear out all sides, especially when facts cannot be proven. But the Kremlin and Russian intelligence service FSB are masters of making it difficult to prove anything, for instance by letting tanks without nationality markings drive across the border or sending white trucks purporting to be humanitarian transport. And so lies are elevated to truth. Taken to its logical conclusion, you end up in an absurd world, or as Pulitzer Prize winner David Cay Johnston once put it: “If someone claims that the earth is flat, the conclusion cannot be that the shape of the earth continues to be controversial.”

At the same time, Germany’s pro-Putin camp exploits the media’s blind side. Websites like NachDenkSeiten (Pages for Thought) dissect every criticism of Russia or Putin, aiming to create a “counter-public,” but they fail to scrutinize the complaints’ origins or validity. Television producers are apprehensive. They demand pseudo-objectivity of their reporters. And the public gets the impression that the media is not to be trusted.

Functioning democracies have checks in place, guaranteed by an independent judiciary and free press. In Germany, our politicians cannot send soldiers into a war and deny it while the first coffins are being shipped back. Yet in Russia, judicial and media independence continues to erode. The Yeltsin era saw several camps vying for opinion leadership, but Putin has taken the state media monopoly to a level on par only with the Soviet era: “the imperium of lies,” as Mikhail Shishkin, a Russian, recently wrote in a German magazine. “If Putin lies to his own country’s face, everyone knows he is lying, and he himself knows everyone knows,” Shishkin wrote.

The Kremlin network also supports parties at the extreme left and right fringes of democracy in other countries, like the Front National in France. Party head Marine Le Pen did not even bother to deny the rumors of a substantial loan for future campaigns. She only corrected the amount, which is said to be 9 million euros.

Given its historical ties to Soviet Russia, Germany is especially susceptible to information warfare. European governments should realize that this war of disinformation needs a strategic response. And the media must act. Which means that peddlers of propaganda disguised as journalists must be presented as such. If a Putin-friendly reporter throws him easy questions and does not correct his lies in the process — as happened recently on the Günther Jauch show — it hardly amounts to a pluralism of opinion. Putin lied more than just once, but the viewers would not find out about it until a week later, when the show published a weekly fact-check.

By Joerg Eigendorf, the chief investigative reporter and an executive editor at Die Welt, www.ozy.com.