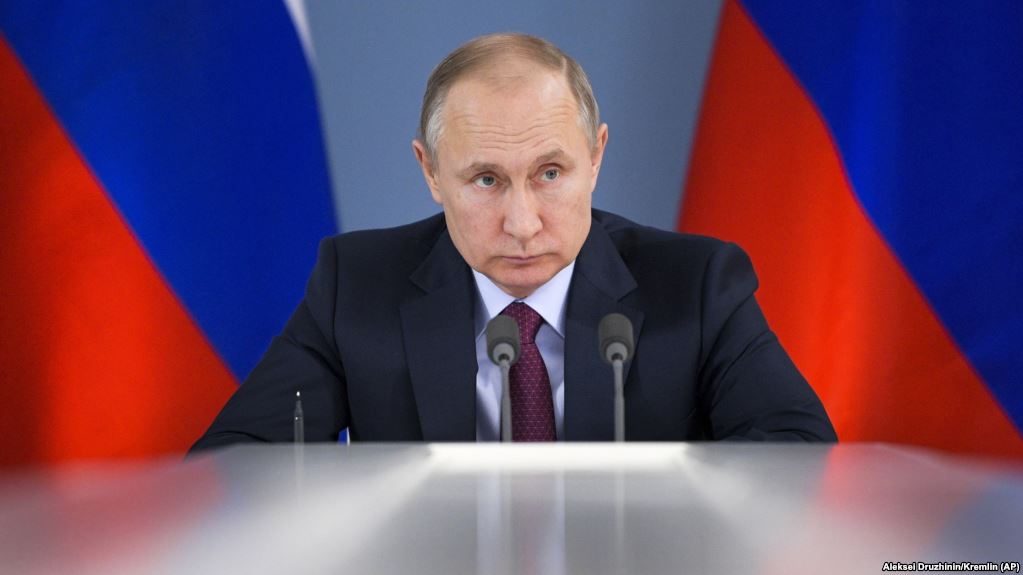 It is perhaps emblematic of the times, but Vladimir Putin is increasingly using video clips and full-scale films to articulate his views of Russia and the world. According to Kseniya Kirillova, the latest such effort, World Order 2018, offers a vision more horrifying in its totality than anything he has presented before.

In an essay that originally appeared on the Slavic Sacramento portal and that has now been reported on Kasparov.ru, the US-based analyst points to four ways in which Putin has toughened his stance and a highlightling just how disconnected from reality he is (slavicsac.com/2018/03/13/putins-worldview/, kasparov.ru/material.php?id=5AA8F84F8722F).

First, Putin addresses the issue of terrorism because for him, Kirillova says,“terrorism remains a wonderful instrument for intimidating the West” be it by his references to new attacks or the role of immigration. And he insists directly that there is only one solution: the world “must develop relations with Russia and then all will be well.”

Second and more disturbingly, Putin reiterated his view that “all the post-Soviet republics are part of Russia,” that Russia acted in Ukraine only to counter the Americans who failed to consult with Moscow about their plans, and, via his creatures, that the pro-Moscow forces in the Donbass are defending the borders of Russia.

Vladimir Solovyev, the director of the film, “openly called on Putin to interfere in the affairs of other sovereign states,” listing as candidates for such attention Belarus, Kazakhstan and Armenia. Putin’s response was typically crude: those who spread “poisons” shouldn’t be surprised that it will come back to kill them.

Third, Putin said nothing about Russian interference in the American elections but he went out of his way to praise US President Donald Trump who the Kremlin leader said “on the human level makes a good impression.” I’m not disappointed in him, Putin continued but in the American system which is “demonstrating its ineffectiveness and devouring itself.”

Kirillova notes that “in the past month, Russian military analysts confirmed” that in their view, Trump is doing what Putin wants done, attacking and disordering American institutions, the press and American special services. By setting Trump against the American system, Putin has simply upped the stakes.

Fourth, as has been widely reported, Putin specified that he is prepared to destroy the entire world if Russia is threatened with oblivion. There is no reason for the world to exist if Russia doesn’t, the Kremlin leader said, the kind of tough language that his base will like but that will inevitably make it harder for Moscow to negotiate with others.

Kirillova notes that Putin made two other comments which highlight how far from reality the Kremlin leader in fact now is. Putin suggested that Moscow wanted a united Germany while the US was opposed, exactly opposite what was actually the case. And he said that the Crimean Tatars supported his annexation of Crimean when in fact they voted almost unanimously against.