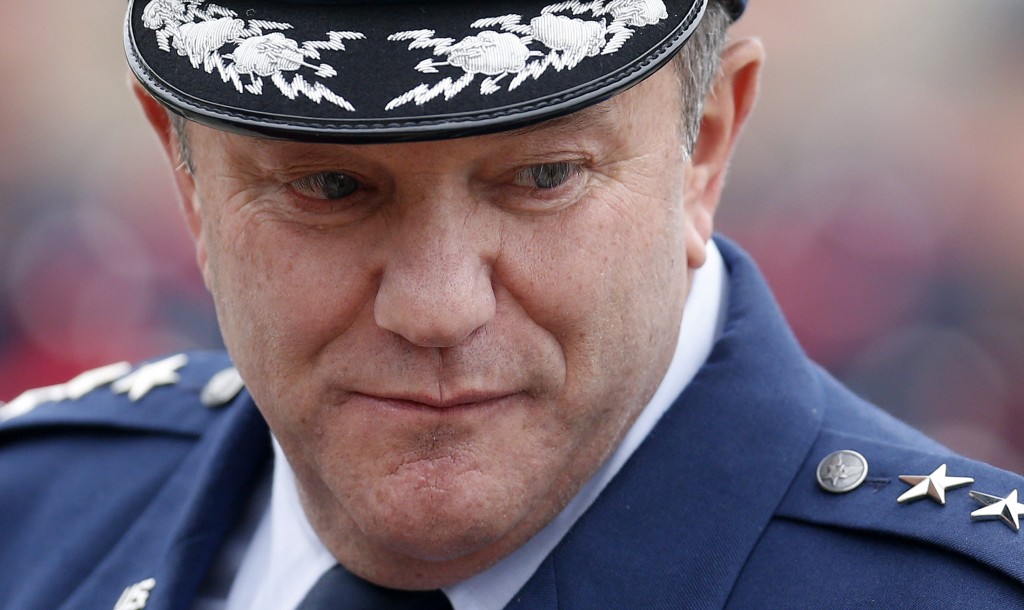 It was a familiar scenario this week. First the government in Kiev said that Russia was sending convoys of men and weapons to support pro-Moscow separatists in eastern Ukraine. Then U.S. General Philip Breedlove, NATO’s top commander in Europe, confirmed those claims, saying “there is no question anymore about Russia’s direct military involvement in Ukraine.” His remarks were summarily denied by the Russian Defense Ministry, which said it had stopped paying attention to his “unfounded proclamations.”

The volleys of accusations and counter-accusations over Ukraine started in February, when protesters in Kiev chased President Viktor Yanukovich from office and Russia grabbed Crimea in the ensuing power vacuum. A casual outside observer could be excused for concluding that amid such diametrically opposed positions, the truth must be somewhere in the middle. And that is exactly the impression the Kremlin wants to leave behind.

“It seems that the less the European public believes Breedlove, the more alarmist his anti-Russian pronouncements become,” Igor Konashenkov, the Russian Defense Ministry spokesman, told journalists on Wednesday. Konashenkov’s understanding of cause and effect are revealing, because it hints at the perceived effectiveness of the Kremlin’s latest weapon: disinformation on a mass scale and in multiple languages.

President Vladimir Putin sees his country in an “information war” with the West. The underlying assumption is that Western media organizations are linked in a vast conspiracy to defame and undermine Russia, so the Kremlin has no choice but to reply in kind. Since the beginning of the month, Russia’s state media holding Rossiya Segodnya has launched an international news agency, called Sputnik, as well as RT Deutsch, a German-language version of broadcaster Russia Today.

The purpose of the media offensive isn’t so much to present an alternative point of view as to create a parallel reality where crackpots become experts and conspiracy theories offer explanations for the injustices of the world. The target audience is Western citizens skeptical of their own system of government. The goal is obfuscation.

Lying – blatantly and repeatedly – is considered a legitimate weapon in the arsenal of hybrid warfare that Putin has unleashed in the struggle for Ukraine. Words may seem harmless in comparison to bullets and bombs, but their effect has been no less deadly. Channel One, Russia’s flagship state TV channel, casually refers to “genocide” committed by the Kiev government against citizens of the Donetsk and Luhansk regions, evoking associations with Nazi Germany’s rampage across Ukraine during World War II. By branding the Maidan protest in Kiev as “fascist” because radical fringe groups took part, Channel One went a long way in laying the groundwork for the armed insurrection that followed in eastern Ukraine.

Only hours after I first arrived in Donetsk in March, I was informed that I too was a combatant in the “information war.” At the time, the regional capital was the site of protests by hundreds, sometimes thousands, of angry people waving Russian flags and demanding autonomy. Nobody had ever heard of the publications I write for, but protesters were convinced I was there to slander them. The fact I was marching beside them and trying to find out their grievances only made me more insidious. In my 20 years as a journalist, I had never experienced such hostility – especially from a group that was supposedly facing persecution.

“Why would I be here if I already knew what I was going to write?” I asked the protesters. I got no answer. Besides a few stock phrases about a “referendum” and “the illegitimate Kiev junta,” I also got no answers as to their motivations. It was like trying to have a conversation with a TV – Russian state TV.

There is no ideology behind the Kremlin media campaign. Instead it is founded on a nihilistic view of the world where everybody lies and the ends always justify the means.

Just days before Crimea was absorbed into Russia, Putin discounted the possibility of its annexation and disavowed the participation of Russian troops in the peninsula’s takeover – contrary to what my colleagues and I had witnessed with our own eyes. Only later did Putin admit in a televised call-in show that Russian servicemen had participated in the invasion, after all.

Putin’s cavalier attitude toward the truth in the past makes it hard to believe the Kremlin’s denials today that Russian soldiers are backing up the separatists in eastern Ukraine. Not only NATO, but journalists and observers from the Organization for Security and Cooperation in Europe have observed the movement of unmarked vehicles and armed men without insignia.

The conflicting narratives cause confusion. Of course the truth is not in the middle: either there are or there aren’t Russian troops moving around in large numbers in the rebel regions. Yet the ambiguity about who is doing what where is part of the Russian strategy of keeping all options open and the rest of the world guessing what comes next. Putin’s decision to “respect” rather than “recognize” farcical elections held in separatist-controlled areas on Nov. 2 is part of that double game.

The danger that all-out fighting will break out again is keeping Kiev on edge. President Petro Poroshenko agreed to a cease-fire in September after a phantom Russian army stepped in to save the rebels from a Ukrainian offensive. The evidence of that intervention came in the form of Russian soldiers taken prisoner on Ukrainian soil and caskets of the dead arriving at army bases across Russia.

The cease-fire, even though it has been hardly respected, was a welcome reprieve for Poroshenko, who was intent on carrying out early parliamentary elections to solidify his mandate for reform. The rebels, too, were keen to legitimize their shadowy leaders with a vote, no matter how flawed.

Now neither side feels particularly compelled to abide by even a semblance of a cease-fire. Kiev cannot tolerate the defiance of the rebel election, and the separatists are interested in seizing strategic assets that will make their territory more economically viable, including the Donetsk airport, the port of Mariupol, and a power plant outside Luhansk. Many Ukrainians fear a massing of Russian forces could forebode a push for a land bridge connecting the separatist regions to the Crimean peninsula.

Putin may be able to create enough uncertainty to make the Ukrainians tear themselves apart. Tensions are rising between Poroshenko and his hawkish prime minister, Arseniy Yatsenyuk, whose party surprisingly inched ahead of the president’s in the elections. Rivalries between volunteer units and the regular army are simmering. Many Ukrainians who protested for change last winter are disillusioned.

Putin is in a position to wait and see. NATO can protest all it wants, the Kremlin denials are forthcoming. They’re standard operating procedure.

By Lucian Kim, Reuters.  Lucian Kim has covered the Ukraine conflict for Slate, BuzzFeed and the Associated Press. He previously worked as a correspondent for Bloomberg News in Moscow and The Christian Science Monitor in Berlin.

PHOTO TOP: A chicken walks near a residential block and a car damaged by recent shelling in Donetsk, eastern Ukraine, Nov. 6, 2014. REUTERS/Maxim Zmeyev