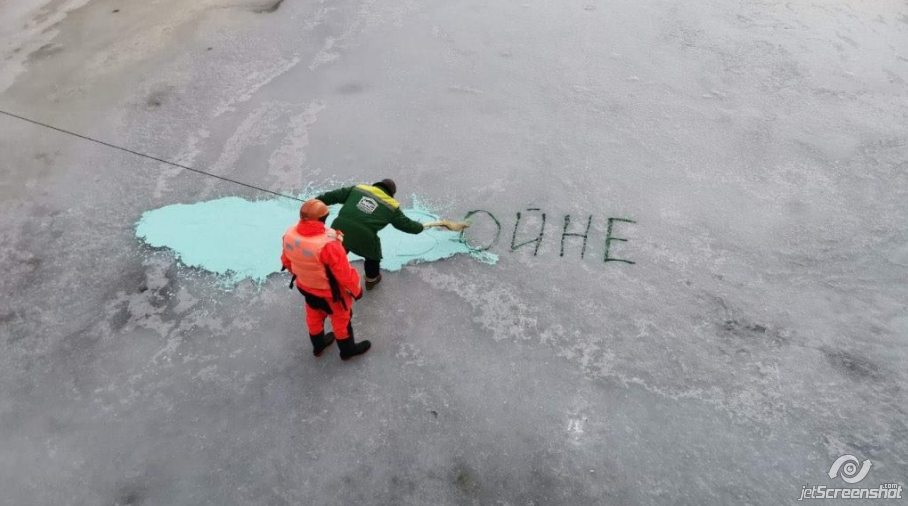 Attempts to counter Putin’s disinformation machine will need to be carefully calibrated for Russians fed on a diet of lies.

Imagine a country that denies it has any ambition to conquer a neighbor; imagine it maintains this even as its armies mass on the border; at the same time, imagine that state-backed pundits discuss how to execute the invasion that you believe won’t happen. Imagine believing both contradictory ideas at the same time.

No need to imagine — this is Vladimir Putin’s Russia and it underlines just how difficult it will be to reach ordinary Russians who are fed such propaganda, who have no access to alternative fact-based reporting, and persuade them that the men in the Kremlin are lying and cynically misusing them. It is precisely George Orwell’s 1984, where citizens are asked to practice doublethink, the acceptance of untruth and contradiction.

To the rest of the world, three weeks after Putin launched his bloody but woefully incompetent invasion of Ukraine, it is apparent that Russia’s aggression is enjoying limited success. Having incompetently tried to mirror the West’s military at its best — moving swiftly and audaciously to capture key points — the Russian army is now incompetently trying to encircle Kyiv, while blasting other cities into submission. None of Ukraine’s 20 biggest cities have so far surrendered.

It is now extremely difficult to communicate with Russian people and yet it has never been more important during Putin’s 22-year reign. The main problem, as noted by American experts, is the information blockade consisting of the total blocking of sources of objective information, including independent media and social networks.

There are two other problems on the surface. On the one hand, this is a massive machine of repression, including a law providing for imprisonment for up to 15 years for “making and distributing fake news” about the actions of the Russian armed forces. On the other hand, this unprecedented propaganda intended to convince the populace of the “necessity” and inevitability of the war. The government’s mouthpieces actively resort to fake news, alleging for example that Ukraine is creating nuclear and biological weapons.

But there are other, deeper reasons for the fact that the majority of Russians are so easily manipulated by such propaganda and even, in the estimation of independent sociologists, either actively or passively supporting the war. For at least the last eight years Russians have been living in an illusory world created by propaganda, and it encompasses far more than stories about “Ukrainian fascists” and the “genocide of Russian-speakers.”

This is a world in which all the West hates Russia for the very fact of its existence, dreams of destroying it, and will pursue its goal regardless of Kremlin behavior. The activities of Russian oligarchs and corrupt officials, (who are shamelessly plundering the country) are portrayed as a form of “Western yoke”, and the inability of the Russian authorities to create effective production or develop science as a consequence of “enemy intrigues.”

All acts by Ukraine or the West, which are a natural consequence of its aggression toward Russia itself, are taken out of context and are presented as an illustration of the “global clash of civilizations” — a war that must be waged until the enemy is completely destroyed. This does not mean that all Russians adhere to a radical “Eurasian” ideology and dream of a global restructuring of the world. Quite the opposite; such views are held only by a radicalized, passionate minority but the constant informational background of hatred does affect the subconscious of people and has its consequences.

First, a majority of Russians are starting to accept quite wild ideas as the norm and cease to reflect on their abnormality. For example in January, along with the mantras of Russian officials that “Russia is not going to invade Ukraine,” Kremlin TV channels openly discussed the details of a possible takeover of Ukraine, and fugitive Ukrainian politicians, sitting in Moscow, did not hesitate to refer openly to these scenarios. The First Deputy of the Gosduma Committee on Defense, Aleksey Zhuravlev, on the air of the central TV channel talked about how Russia would “completely destroy both Europe and America,” constantly interspersing his speech with obscene language and insults. This was more than a month before Russia provoked its escalation in the Donbas on February 18-20.

There are very few countries where senior politicians and journalists openly discuss the erasure of a neighboring country, or even the likelihood of a nuclear exchange in furtherance of an aggressive policy. However, for the Russian layman, such things have become practically the norm. Russians have become so accustomed to them that they fail to see the logical contradiction in such propaganda between declarations about “peace-loving Russia” and the “necessity” of war. This is not about a lack of information, but about its inadequate perception. Accordingly, Russians, accustomed to living in this aggressive militaristic world, are certain that the West thinks the same, and simply cannot imagine anything different.

Second, being in such an illusory world creates corresponding expectations. This author has already noted that the growth in popularity of Soviet dictator Josef Stalin in Russia reflects a societal desire for fairness, sovereignty, a strong leader, and military defense against “enemy encirclement.” Until the full-scale invasion of Ukraine, Vladimir Putin was less and less consistent with this desire, but after it, he again donned the image of a “defender” and “warrior for sovereignty.”

The former head of the Yukos oil company and former political prisoner Mikhail Khodorkovskiy, today one of the members of the recently created Anti-war Committee of Russia, described the consequences of such conditions as “Stockholm Syndrome.”

“Information that the Ukrainian people were not going to fight with Russia, but that we are at war with the Ukrainian people, is available. It is obvious that Ukraine is so weak compared to Russia that it never intended to attack it, and NATO today does not dare to intervene, fearing a nuclear war. But the Russians are not yet able to hear logical arguments,” he told this author in an interview.

In his view, demonstrating the weakness of the source of this syndrome – Putin and his army – can affect people more than rational arguments.

“We see that the Russian army is weak, and even the Ukrainian army, which is not the strongest in Europe, successfully resists it. In addition, people can perceive objective materials about specific horrors and tragedies that the war brought to Ukrainians. Western journalists and directors show human disaster rather well. Human suffering is international and looks the same anywhere in the world,” he said.

Independent sociologists have reached similar conclusions, based on analysis of the Russian segment of social networks. According to their data, more than half of users support the war, but more than 30% of Russians express sympathy for the Ukrainians. At the same time, those who believe the state propaganda are firmly convinced that Russian forces are committing no war crimes and are behaving appropriately.

American experts quite correctly suggest using opinion leaders and messages from Internet users who are in direct contact with Russians. But it’s also important to determine what kind of messages they will be able to hear. As already mentioned, these can be reports of the weakness of their illusory “protector”, evidence of human grief, as well as attempts to look from the outside at their own propaganda and the undisguised aggression originated by Russia.

Perhaps then the inhabitants of Russia will be able to understand that people unleashing wars for chauvinistic and imperial motives will not stop at drowning other countries in blood. In the end, the horror and death that the Kremlin brings to Ukraine will inevitably be mirrored within the Russian Federation.

Photo: “Not to war” carved into the ice on the Moyka River in St. Petersburg. Rusian City Workers are shown trying to paint over the words in the ice. Credit: Eilish Hart via Twitter.