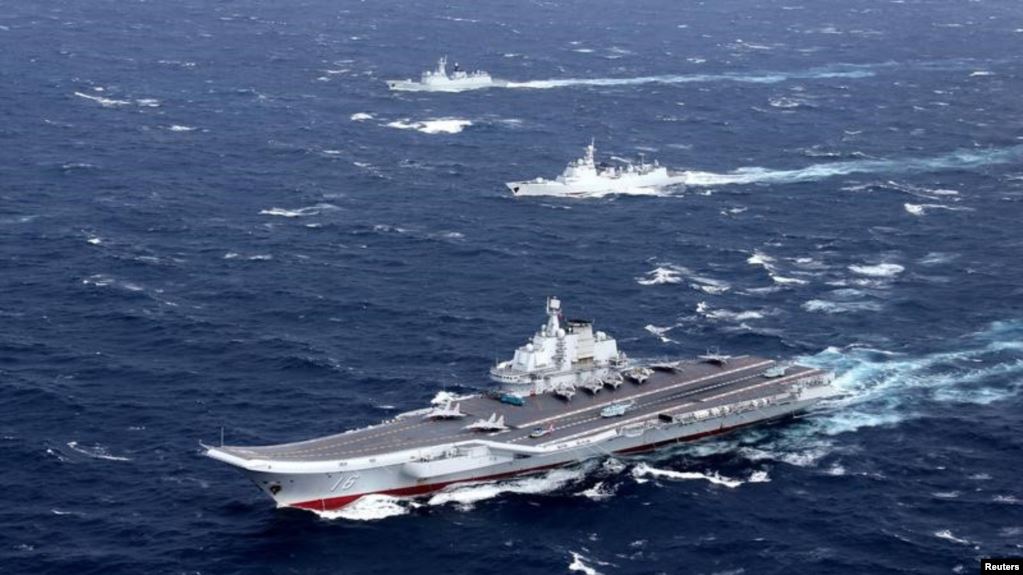 The South China Sea borders China, Vietnam, the Philippines, Malaysia, Indonesia, Taiwan, Brunei, and Cambodia – all of which claim parts of the area.

The sea, which accounts for around 40 percent of the global liquefied natural gas (LNG) trade, is also home to a rich array of marine life and geography. An estimated $3.4 trillion worth of trade is conducted through the sea, adding to its geopolitical importance.

Beijing claims ownership of more than 90 percent of the South China Sea. It has often referred to a “nine-dash line” area that it says was drawn back in 1947.

While the world was distracted by the coronavirus, China held a five-day military drill in disputed areas of the South China Sea, exchanging fire with Philippine, Vietnamese and Malaysian forces.

On July 14, Chinese Foreign Ministry spokesman Zhao Lijian said in a statement: “China has never sought to establish a maritime empire in the South China Sea, and has always treated the littoral countries as equals.”

That statement is false.

Zhao added that China’s claims were based on “sufficient historical jurisprudential evidence” and international law. However, this claim is disputed: In 2016, the Permanent Court of Arbitration concluded that China had no legal basis to claim sovereignty over the South China Sea.

The Court also ruled that some areas of the South China Sea in which China had established military infrastructure were a part of the Philippines’ Exclusive Economic Zone.

China refused to attend the hearings of the Court and has continued to build military facilities in the areas over which it claims sovereignty. According to a 2017 U.S. Department of Defense report, China had created 3,200 acres of new land in the South China Sea since 2013.

As ASEAN member states noted after a virtual meeting on June 26, China has not acted on a promise it made last year to advance negotiations for a code of conduct.

Chester Cabalza, a security analyst and fellow at the National Defense University in Beijing, told Al Jazeera that the coronavirus pandemic has given China the opportunity to further advance its interests in the South China Sea.

The United States has at times sent military personnel to the South China Sea to support the other ASEAN countries. The Trump administration has strengthened its opposition to China’s maritime claims over the South China Sea, vowing to maintain a “free and open Indo-Pacific.”

Chinese officials, however, have accused the United States of being “predatory,” violating China’s sovereignty and attempting to militarize the South China Sea.