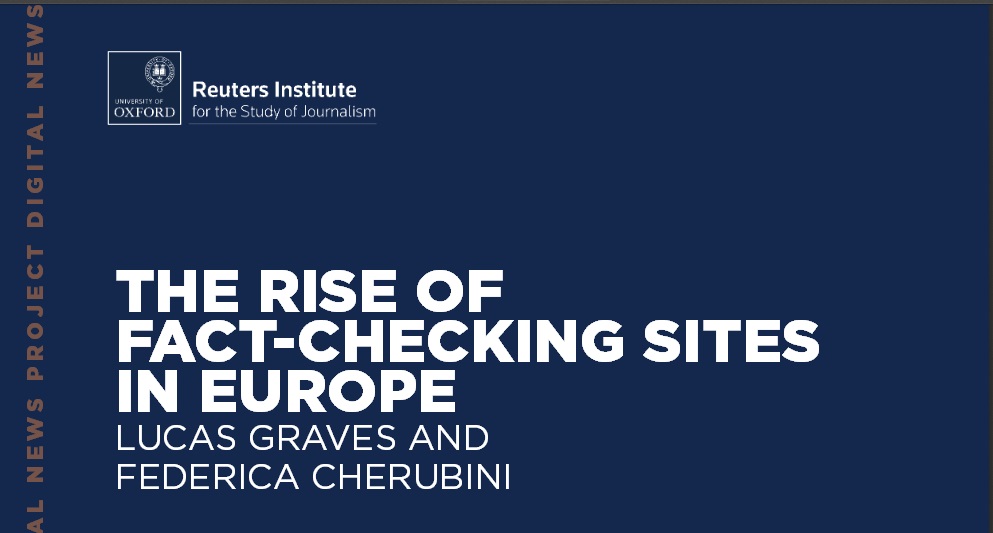 All across Europe, more and more independent fact-checking sites are launched to counter the move towards what some see as a post-fact or post-truth society.

A new report by the Reuters Institute for the Study of Journalism surveys the diverse and fast-changing landscape of fact-checking outlets in Europe. The report argues that independent fact-checking can help combat misinformation in public life, provided they can find funding for their work, either as parts of existing news media or as NGOs and provided that their work reach a wide audience—often through collaboration with existing news media.

The Rise of Fact-Checking Sites in Europe, by Lucas Graves and Federica Cherubini, tracks the history of the political fact-checking site in Europe – from Channel 4’s parliamentary election blog in the UK, launched in 2005, through similar efforts in France and the Netherlands, to the many independent ventures operating now.

“During the run up to the 2016 US Presidential election we saw often gross distortions of the truth by the Trump campaign,” says lead author Lucas Graves. “And in the UK, the lead up to the EU Referendum saw talk of a ‘post-fact’ or ‘post-truth’ world.

“At the same time, though fact-checkers are the first to admit their work rarely has a dramatic impact, evidence suggests that fact-checking can help to dispel misinformation and inhibit political lying.”

The report looks at the two most important organisational fact-checking models in Europe – the Newsroom Model, associated with existing media, and the independent NGO Model – and examines funding options, ties to the media and case studies.

“The fact-checkers themselves identify in different and sometimes multiple ways. Many see themselves as reporters, but others identify as activists or experts, and in some cases two or all three of these.”

The report finds that how fact-checkers identify is impacted in part by their perception of the existing political and media system in their country—the situation in Nordic countries with relatively robust news media and comparatively higher levels of trust in political institutions is different from that in the Balkans with weaker and less independent news media and a more problematic political situation.

While key differences remain in how they work, how they are funded and how they communicate their findings, the report finds that the sites identify with a broader international movement.

The report tracks the development of the independent fact-checker as a new and growing democratic institution across Europe with a common goal – to promote truth in public discourse.