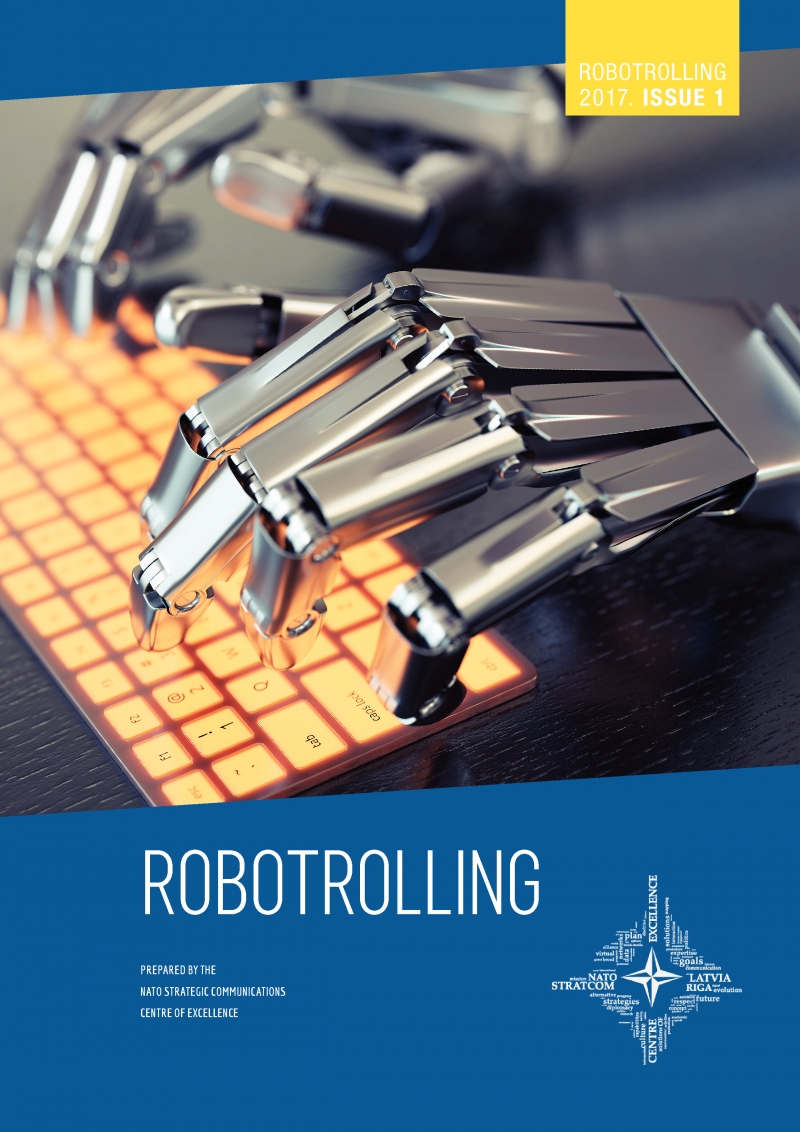 Two in three Twitter users who write in Russian about the NATO presence in Eastern Europe are robotic or ‘bot’ accounts. Together, these accounts created 84% of the total Russian-language messages. The English language space is also heavily affected: 1 in 4 active accounts were likely automated and were responsible for 46% of all English-language content. Of the four states considered—Estonia, Latvia, Lithuania, and Poland—Estonia has disproportionately frequently been targeted by bots, whereas Poland and Lithuania have seen the least automated activity.

Our impression is that Twitter in Russian is policed less effectively than it is in English. Despite the high presence of automated activity, the period considered saw no large-scale, coordinated robotic campaigns. The vast majority of bot activity is apolitical spam. For this reason, the polluted state of Twitter conversations about the NATO presence may be indicative of Twitter as a whole. The implications are stark: the democratising possibilities of social media appear—at least in the case of Twitter in Russia—to have been greatly undermined. The findings presented have practical implications for any policy maker, journalist, or analyst who measures activity on Twitter. Failure to account for bot activity will—at best—result in junk statistics.

This is the first issue of ‘Robotrolling’, a regular product about automation in social media published quarterly by NATO StratCom COE.

The NATO StratCom Centre of Excellence, based in Latvia, is a Multinational, Cross-sector Organization which provides Comprehensive analyses, Advice and Practical Support to the Alliance and Allied Nations.