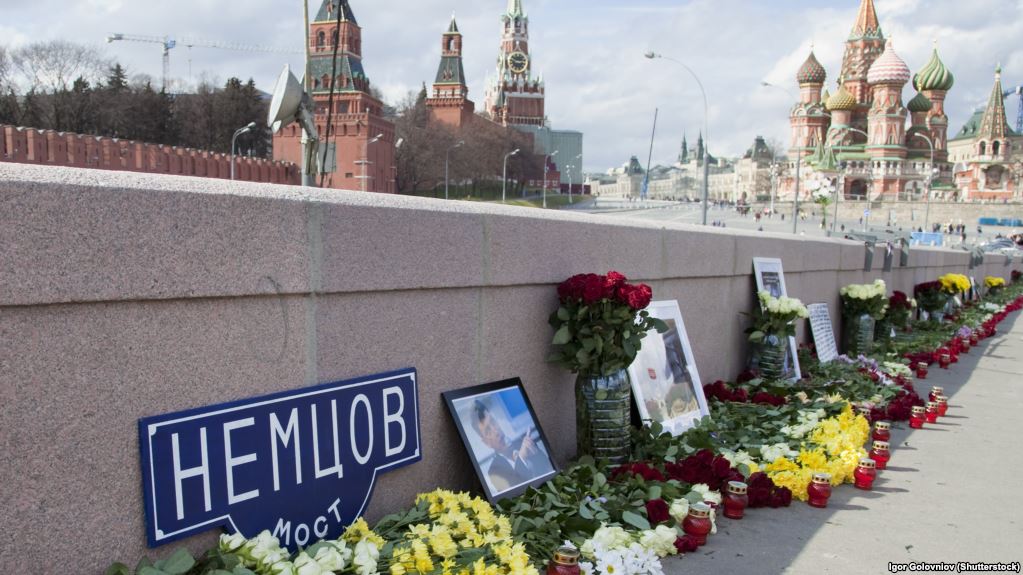 “The appearance of a Boris Nemtsov plaza in Washington is interference in Russia’s internal affairs.”

The claim is baseless

On January 9, Russian opposition activist Vladimir Kara-Murza announced on his Facebook page: “At its first meeting of 2018, the Council of the District of Columbia unanimously passed the first reading of Bill 22-539 to designate the block in front of the Russian Embassy as Boris Nemtsov Plaza.”

According to Kara-Murza, the Council, in addition to passing the bill, also “unanimously passed an emergency declaration to enact the designation by February 27” – the third anniversary of Boris Nemtsov’s assassination, on a bridge within sight of the Kremlin.

Bill 22-539, the “Boris Nemtsov Plaza Designation Act of 2017,” is described on the Council of the District of Columbia’s website as being “under council review.”

After the review is completed, the bill will be send to the mayor of Washington, DC for approval or veto. If Mayor Muriel Bowser approves the bill, it will go into effect.

This means that there are still several legal procedural steps before/if the street signs near Russian embassy will change from Wisconsin Ave to Boris Nemtsov Plaza.

However, leading Russian politicians are already responding to the news from Washington, DC with a flow of accusatory comments.

Nemtsov’s former colleagues in the State Duma, the lower house of the Russian parliament, have proposed renaming the street on which the U.S. embassy is located in Moscow. They are calling for changing the current address, “8 Bolshoi Devyatinskiy Pereulok,” to “1 Severoamericansky Tupik,” which translates to 1 North American Blind Alley.

One top lawmaker said it was “immoral” for the Americans to attempt “pit the current Russian authorities against Boris Nemtsov.”

That Novikov’s claim is false was proven by his own boss, Duma foreign affairs committee chairman Leonid Slutsky, who called the DC city council’s decision“rough” and “brutal,” but added that “it is the American government’s business.”

Likewise, Russia’s Ambassador to the United States Anatoly Antonov said late last month concerning the Council of the District of Colombia’s plans to rename the street in front of the Russian embassy in the U.S. capital: “The American authorities decide where, when and in whose honor they name a particular plaza, a particular street.”

Explaining why she co-sponsored renaming on Russian Embassy’s doorstep, DC city council member Mary Cheh, said, “there is little doubt that his (Nemtsov’s) murder was motivated by his political beliefs, his popularity, and his frequent and open criticism of the Russian government.”