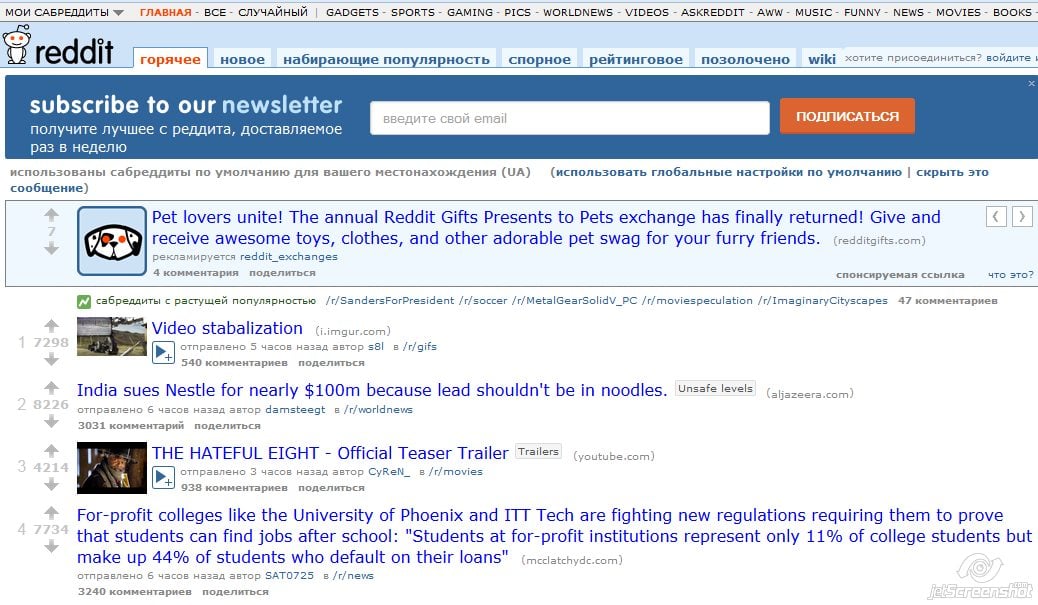 Reddit, one of the most popular destinations on the Internet, has been added to Russia’s list of banned websites. The Federal Drug Control Service decided to block the site after discovering what it says is content promoting the use of illegal drugs.

The offending content was a page titled, “Minimal and Reliable Methods for Growing Psilocybe [Mushrooms].” Because Reddit uses https protocol for secure communication, many Russian Internet providers (perhaps 30 percent, according to the government) will block the website in its entirety.

On August 10, Russian censors complained that they were unable to contact Reddit‘s administrators. “We assume that the website is simply understaffed during the summer holidays, but this is no excuse to risk [losing] its entire audience [in Russia],” officials said publicly.