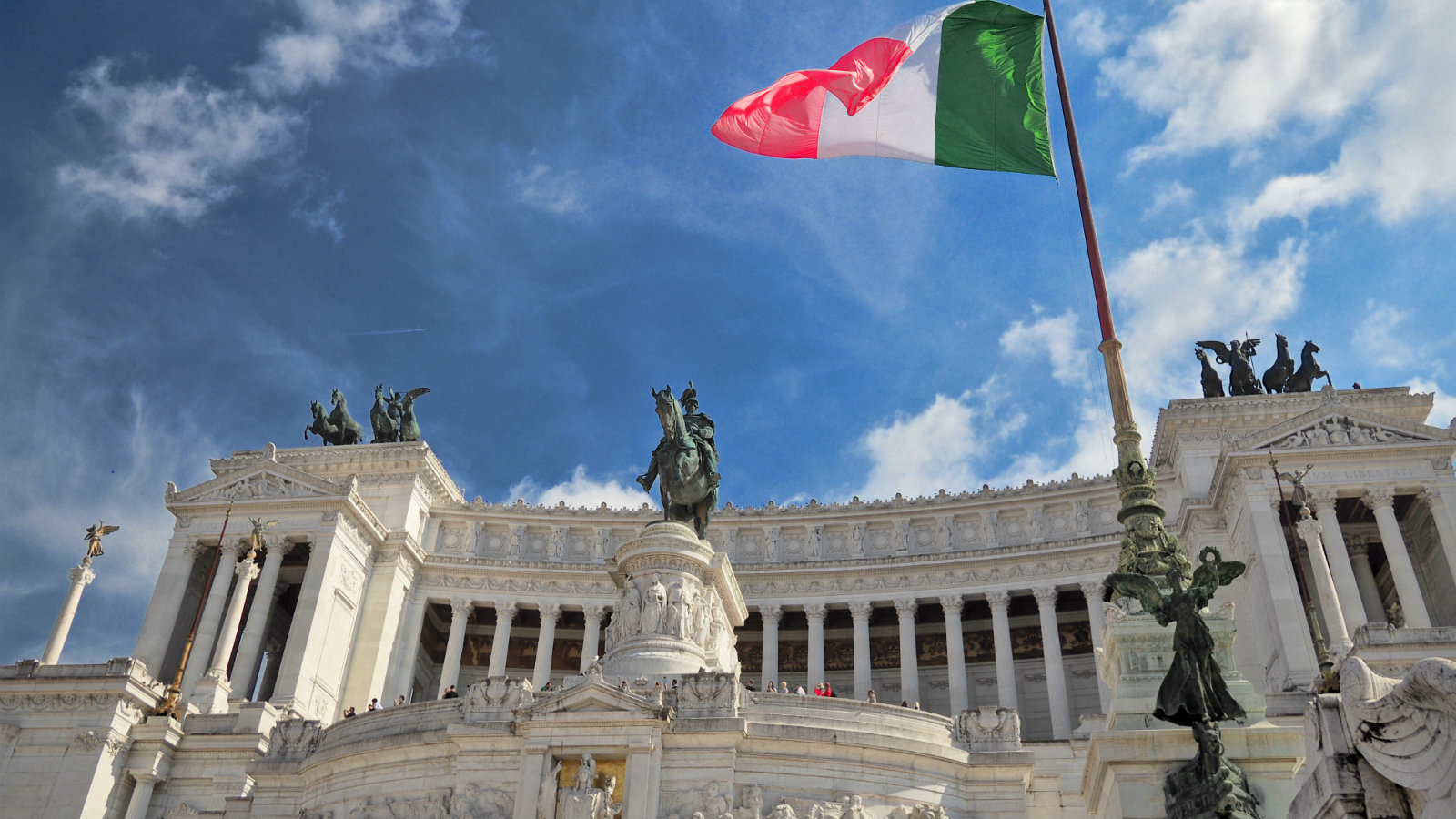 By By Sergio Germani and Massimiliano Di Pasquale, for Disinfo Portal

Around 2012, the Kremlin shifted to an increasingly confrontational stance toward the West and began to implement a strategy of chaos aimed at spreading instability and disorder in Europe and North America. This strategy combined traditional “active measures” alongside modern cyber-warfare and information-warfare techniques.

Consequently, around 2013, Moscow initiated a subversive active measures strategy in Italy that aimed to support the then-emerging nationalist-populist movements and, more broadly, to amplify tensions and divisions in Italian society.

Over the past six years, Russian active measures, including social media-based psychological operations and propaganda campaigns on Sputnik and RT, in Italy appear to have sought to encourage the growth of the Lega (the League), led by Deputy Prime Minister Matteo Salvini and previously named Lega Nord, and the Five Star Movement, led by Minister of Economic Development, Labor and Social Policies Luigi Di Maio — the two main nationalist-populist parties. There is evidence that suggests that Moscow has supported more extreme rightwing forces, such as the neofascist parties Casapound and Forza Nuova.

There is no credible evidence that Moscow has provided covert financial support to the Lega or the Five Star Movement. The Lega has denied any suggestions that it is the case and have made threats to sue those who make such allegations.

Both the Lega and the Five-Star Movement have benefited from the increasing influence of “sovereigntism” in Italian society, which is a nationalist, illiberal, anti-globalization, and pro-Kremlin worldview. Although previously confined to Italy’s extreme neofascist right and extreme left, in recent years “sovereigntism” has increasingly become a mainstream ideology in the country.

There are suggestions and theories that Moscow, in order to promote the spread of sovereigntist ideology in Italy, financed Italian think tanks, foundations, cultural associations, news websites, and university departments.

In the run-up to the 2018 general election in Italy, one of the most important objectives  of Kremlin propaganda campaigns was stoking public fear about immigration in order to drive up support for nationalist and populist forces, radicalize anti-immigrant sentiments, and discredit the Italian political establishment and the European Union (EU), which were widely perceived as responsible for allowing uncontrolled mass immigration into Italy. According to analysis conducted by the Alto Data Analytics company, a network of Italian anti-immigration and anti-NGO activists spread stories published mostly by Sputnik Italia on the migration crisis. These stories, which sometimes went viral thanks to the activity of automated accounts [bots], depicted Italy as a country that had been invaded by migrants who were to blame for increasing unemployment, declining living standards, growing urban insecurity, and other problems affecting ordinary Italians.

After their victory in the March 2018 elections, the Five Star Movement, which obtained 32.22 percent of the vote, and Lega, which won 17.69 percent, formed a coalition government that promised to introduce radical reforms to tackle Italy’s economic and social problems. However, the government was beset by constant policy conflicts between the Five Star Movement and Lega. This often led to policy paralysis and confusion. Despite the government’s lack of tangible achievements or coherent policies, the populist surge in Italy has shown no sign of abating.

After the formation of the Lega-Five Star Movement coalition government in June 2018, Russian propaganda narratives spread by Sputnik Italia and Italian pro-Kremlin outlets continued to encourage the further expansion of ideas and groups connected to the nationalist-populist surge, although the themes emphasized have been changing.

Anti-immigration narratives have somewhat decreased, while the Kremlin’s propaganda attacks against various kinds of “elites” (financial, banking, technocratic, etc.), a narrative that has been commonly deployed by the Kremlin, have intensified. In particular, there has been increasing emphasis on narratives designed to intensify anger against “EU elites” and the EU, which is accused of having impoverished Italy by imposing austerity policies.

Other Sputnik Italia narratives strive to stoke fears of a Europe-wide economic collapse, and to provoke anxiety about the risk of nuclear war that is allegedly increasing as a result of aggressive US and NATO policies against Russia.

Since the beginning of 2019, Sputnik Italia has spread stories about the impoverishment of increasing numbers of people, including those with regular employment, all over Europe.   Another related narrative claims that the anger of European masses against the EU is mounting and that the Yellow Vests movement in France is just the beginning of a Europe-wide popular revolt against EU elites.

Recent Sputnik Italia messaging is supportive of the Lega-Five Star Movement government. However, it often claims that its policies are not radical enough. Sometimes Sputnik attacks the technocratic non-populist component of the government, Minister of Foreign Affairs Enzo Moavero Milanesi and Minister of the Economy and Finance Giovanni Tria, accusing them of subservience to EU elites.

In recent weeks, Salvini’s visibility in Kremlin-controlled media outlets, such as Sputnik Italia, has increased. This could be a sign that Moscow preferred to provide greater support to Lega than to the Five Star Movement ahead of the European parliamentary elections on May 26.

An important sign of the Kremlin’s current preference for boosting Salvini and the Lega in the European elections was his participation in the 13th World Congress of Families (WCF),  held in the Italian city of Verona at the end of March. The WCF in Verona  is reported to have received considerable funding from Russian sources,

The WCF is a global ultra-conservative network dedicated to protecting the traditional family heterosexual marriage while fighting abortion, LGBT rights and “gender ideology”. The WCF is one of the channels used by Kremlin-linked Russian orthodox oligarchs to spread among the European public a negative view of the  West as  “decadent” and hostile to traditional values.

Salvini, one of the key speakers at the Congress, obtained a great deal of visibility and affirmed his commitment to the defense of traditional and family values, one of the key elements of the Lega’s sovereignitst political identity.

Sputnik Italia and various Italian pro-Kremlin outlets have portrayed Salvini not only as Italy’s only strong and effective leader but also as the emerging leader of Europe’s sovereigntists, who is striving to unite nationalist-populist parties all over Europe to revolutionize the EU after the May 2019 elections.

Moscow continued to support the populist-nationalist surge in Italy with an eye on the critical EU elections in order to undermine the credibility and cohesion of the EU, weaken transatlantic unity, and foment instability in Italy.  Given that the challenge of populist nationalism affects not only Italy but Europe as a whole, now that the elections are over the EU, as well as NATO, urgently need to devise a more effective strategy to address the root causes of Europe’s populist-nationalist revolt and of Russian active measures that seek to strengthen and exploit it.

By By Sergio Germani and Massimiliano Di Pasquale, for Disinfo Portal

Luigi Sergio Germani is the director of the Gino Germani Institute of Social Sciences and Strategic Studies in Rome, Italy.

Massimiliano Di Pasquale is an Italy-based journalist and independent scholar on Post-Soviet states.