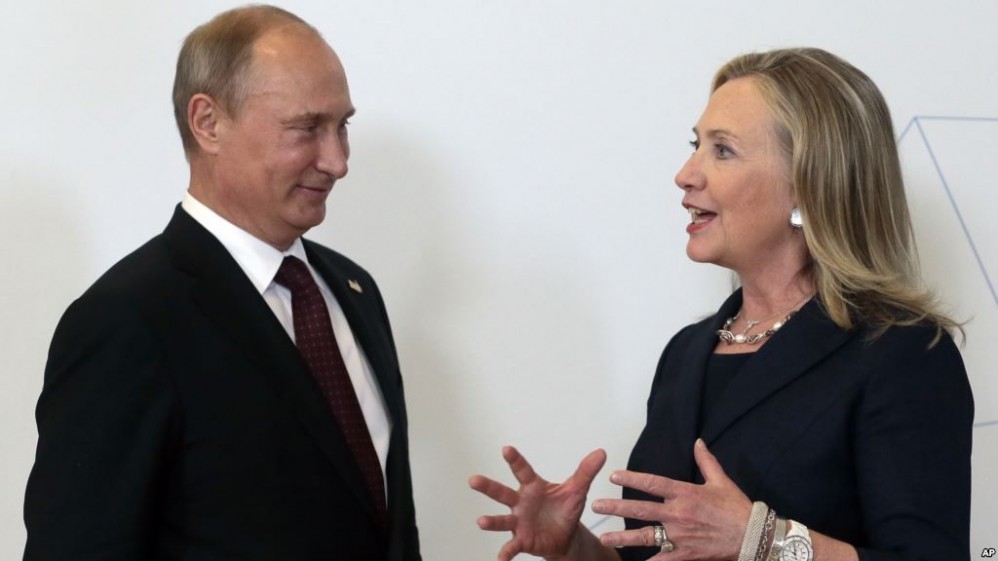 Russia is meddling in the U.S. presidential election. From the email hack of the Democratic National Convention in July to the cyberattacks on Hillary Clinton’s campaign and recent reports of hacks at The New York Times and other media organizations, evidence is mounting that Moscow has launched a sophisticated effort to interfere with and disrupt the November elections.

But not for the reasons you might think. At first glance, it looks like Russia favors Donald Trump and wants to undermine Clinton. And why not? Trump is certainly the pro-Kremlin candidate. He has nice things to say about Russian strongman Vladimir Putin, and even said he would be “looking into” recognizing Crimea as part of Russia. It would be easy to conclude, as some commentators have, that Putin wants to see Trump in the White House.

However, the truth isn’t quite that simple. As tempting as it is to see Russia as a partisan player on Trump’s side, the Kremlin’s goal isn’t to see a particular candidate win. The goal is much more insidious: to undermine American confidence in our political system. That is, the Kremlin’s real target is liberal democracy itself.

Whether Trump realizes it or not, he is nothing to Putin but a useful idiot in this larger effort.

To understand Russia’s long game, consider its methods. On Monday, Yahoo News reported the FBI discovered evidence that foreign hackers penetrated two state election databases, in Arizona and Illinois. The hacks prompted the FBI’s Cyber Division to issue a “flash” alert to state election officials across the country, warning them to enhance the security of their computer systems. Federal officials believe hackers managed to download the personal data of some 200,000 Illinois voters and introduce malicious software into Arizona’s voter registration system.

As with other high-profile cyberattacks this summer, this one shows signs of Russian state-sponsorship. According to Yahoo News, the FBI alert included eight IP addresses that were the source of the two attacks, and one of those addresses has surfaced before in Russian criminal underground hacker forums.

Just like the DNC and Clinton hacks, official sources confirmed this latest hack was authentic. Whatever emails or documents the Russians release through Wikileaks or other channels, everyone will know the leaked information is legitimate, not fabricated. The next logical step for Russians, having established the veracity of the information they leak, will be to introduce false and misleading information.

Disinformation Is A Weapon Of War

Injecting disinformation into the news cycle is a well-established tactic of Russian influence operations, hearkening back to Cold War programs the Soviets called “active measures,” in which secret agents would plant false news stories in the Western press. Disinformation of this kind has long been an important aspect of Russian military doctrine, the idea being that it’s easier, and cheaper, to persuade Russia’s enemies than to kill them. The difference now is that technology makes it possible to coordinate false information and flood news cycles and social media networks in ways that were impossible during the Cold War.

On Sunday, The New York Times published a detailed account of Russia’s sprawling and highly sophisticated disinformation campaigns underway across the globe. During recent public debates in Sweden about entering a military partnership with NATO, for example, social media was inundated with false information about what the partnership would entail, including wild claims that NATO would stockpile secret nuclear weapons on Swedish soil and it would have the authority to attack Russia from Sweden without the government’s approval.

None of it was true, but the sheer volume of social media echoing these claims was enough for them to seep into the mainstream news cycle. According to the Times report, when Sweden Defense Minister Peter Hultqvist traveled the country to promote the NATO pact, he repeatedly faced questions about the false claims.

Something similar happened during the recent coup attempt in Turkey, with a flood of Twitter posts claiming the U.S. airbase at Incirlik had been surrounded by thousands of armed police. The story didn’t gain the same traction as the anti-NATO narrative did in Sweden, but it demonstrates the extent to which Moscow is willing to employ Twitter trolls in coordination with official news channels like RT.com and Sputnik, the two main state-controlled media outlets that publish in English, to advance false storylines and distorted information.

Soviet ‘Active Measures’ Are Back

Here in the United States, something similar has been underway for months, with suspiciously coordinated social media trolls shilling for Trump on Twitter, amplifying his anti-NATO and anti-Ukraine pronouncements. It took the mainstream media a while to catch on to this—conservative writers like Erick Erickson were writing about pro-Trump Russian troll farms back in April—but now it’s undeniable that Moscow is working on multiple fronts to disrupt our elections and give credence to Trump’s repeated claims that the election, like the entire politic system, is “rigged.”

The Russians have chosen their moment well. American confidence in public institutions is languishing at historic lows, while the vast majority of Americans report anger and frustration at the federal government. That lack of trust has helped propel Trump, a political outsider, to the top of the Republican Party ticket. It fueled the insurgent campaign of Bernie Sanders. Now Moscow is exploiting it in the service of a grand strategy, with far greater implications than a single U.S. presidential election.

After all, if Putin can convince Americans that liberal democracy is nothing but a sham, he will accomplish what no leader of the Soviet Union ever could. Decades after we thought it was over, Russia will have finally won the Cold War.