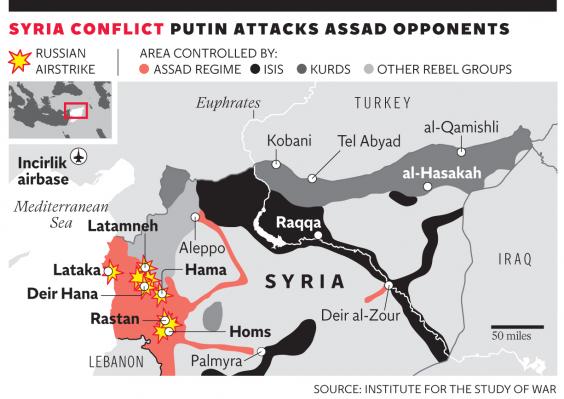 War propaganda is something that has been there and about since the 20th century. During the Great War or the First World War as we have come to call it now, Great Britain initiated a public smear campaign directed towards the Germans in a bid to destroy their image in front of the world. Indeed, the tactic worked wonders and played a crucial role in the eventual victory of GB.

After having learned their lesson from the First World War, the Germans ensured that they had a great media team to rely upon during the Second World War where the war strategies of the Nazi German Army were shown in a bright light within Germany. A similar ploy was made by US when it entered the war following the events of Pearl Harbor. Each day, locals would flock at local cinemas to see the latest exploits of their young men giving their lives for a war that had already taken so many. The media campaign played a huge role in showing the Allies as the good guys and tainting the image of Adolf Hitler and his band of misfits looking to wreak havoc all over the globe.

During the Cold War, a similar campaign was on show where all types of media was using public sentiment where Russia was seen as an evil empire hell-bent on destroying humanity. Following the end of the Cold War and the subsequent disintegration of USSR, the track changed and so did the image of the bad guy or villain. For the next coming years, bearded men wearing turbans, in traditional shalwar kameez clad with an AK-47 or an RPG were the new demons of the society.

Today, we are witnessing another shift in the media where Russia has become the new face of evil, led by Vladimir Putin, portrayed as a man looking to take the world to the edges of destruction, showing complete disregard to the obvious consequences the world would pay for if this goes on.

Russia: The power of Media support

This tool was used and executed to perfection as the West successfully disintegrated USSR after a five decade long media propaganda that circulated around the evil bred by the likes of Lenin and Stalin. Such resentment, which persisted for such a long time, eventually conditioned the world into taking the Soviet concept of statehood as an agenda that would result in a global catastrophe. Today, the general feeling is more or less the same amid the growing tensions.

After learning its lesson the hard way, it appears that Russia government and its media is very much on the same page in terms of ‘humanizing’ its approach towards its recent foreign policy mechanism. The Kremlin believes that it is better to have the media as an ally and use it to gain public support and bring the whole state on the same page. This has become really important for Putin and co. as they seek to counter western media’s recent scathing reviews about its adventures in Ukraine and Syria.

Today, millions of Russians are treated to a whole bunch of live reports, analysis, and official defense briefings where the theme is more or less the same: airstrikes in Syria are extremely crucial in the fight against the growing menace of ISIS and that the world outside the country’s borders is dark and murky.

Regardless of how much success these strikes have enjoyed since they began, it appears that the campaign has already won public support and a major chunk of the Russian population is extremely happy to see the country do so well offshore.

Moreover, what is surprising is the fact that the first time in 25 years or so, people in much-maligned regions such as Chechnya and Dagestan have also discovered a new-found sense of patriotism and are really supportive of the Russian moves in the Middle East.

Knowing that it can never be able to thwart the global media and make its stance a little mellow and soft towards it, Russian media has taken the mantle and is working round the clock to ensure that it does everything it can in a bid to make its own people think otherwise over the whole Syrian fiasco.

The last thing Putin needs is a public backlash so the leaders have decided to control media as much as he can.

The idea of Russia being involved into its first real war outside the former Soviet Union has captivated the imagination of Russian people. Backed by a propaganda campaign, opinions over Russian military have changed drastically who now have the backing of its people.

According to the latest Levada opinion poll, 72% of Russians are now in favor of it, with only 14% opposing the incursion.

Dmitry Nekrasov, a media analyst in Moscow, says that the state propaganda is doing its trick perfectly.

“Not a lot of people actually really support sending our troops to Syria, because everyone understands there could be victims,” he told me this week.

“But everyone, or the majority, like this demonstration of force — these planes and so on — of Russian power,” he added.

Indeed, seeing the country showing its military muscle on one of the most controversial regions in the world has swelled Russian chests with pride and it is exactly the type of effect Putin had been hoping for. In his homeland, the former KGB man is a hero standing up against the West.

Moreover, the Russian media has done quite a job in terms of taking the public’s focus away from various other issues that the country is facing. With a withering economy thanks to impact of sanctions and low oil prices, Syria is a gamble Moscow has made in a bid to keep intact the national pride.