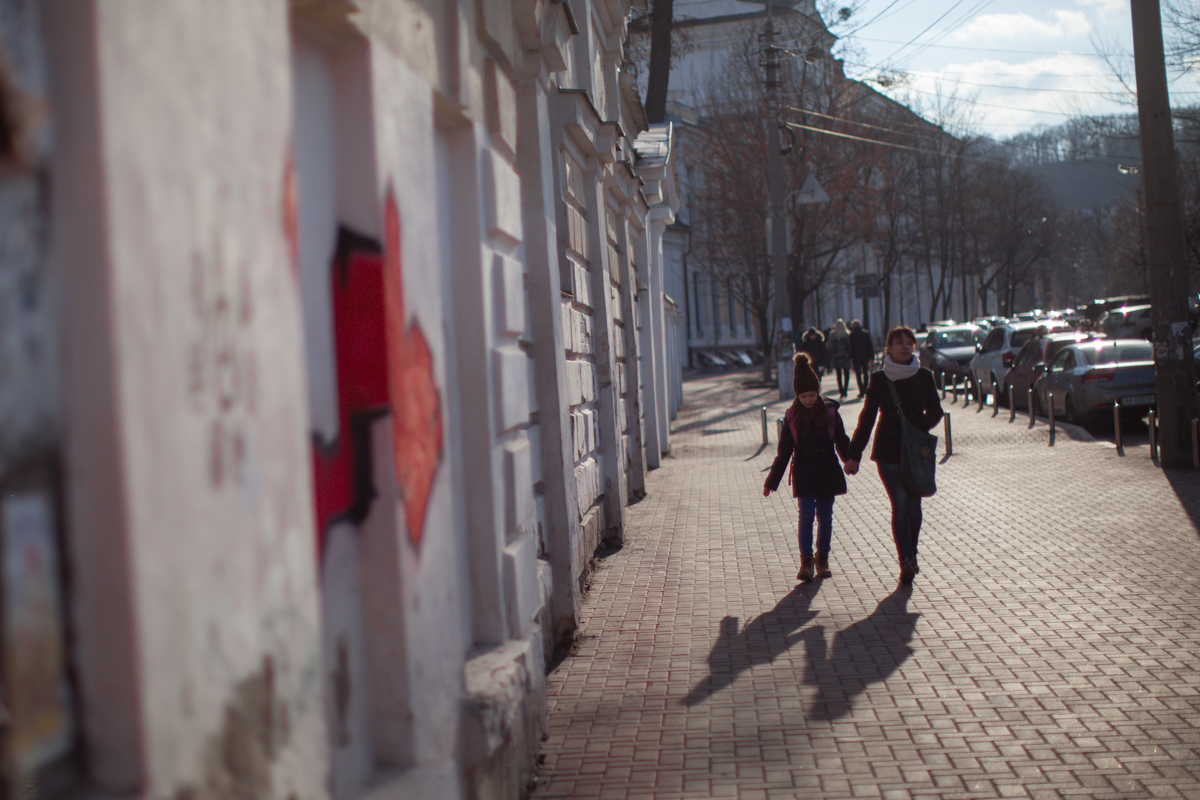 The 2016 US Presidential elections were the final wake-up call for Western countries to grasp the full scope of Russian information warfare. For more than a decade, Russia has been waging (link sends email) an unceasing and far-reaching information campaign against NATO and the Western countries, which were caught by surprise. Meanwhile, the Baltic States have been fighting on the information front (link sends email) since gaining independence in 1990. The scope of different tactics, narratives and methods used against the Baltics is vast, so in this article only we will address the most prominent and effective one. The Vilnius Institute of Policy Analysis (link sends email) (VIPA) presents examples of Russia using its ‘Nazi’ narrative to target the Baltic States.

The methods we are going to describe being used against the Baltics can easily be adjusted to the specifics of any Western country and used against them. This means there is much to learn from the active Baltic information battle grounds.

According to (link sends email) Jolanta Darczewska, head of the Department for internal security in Eastern Europe at the Warsaw-based Centre for Eastern Studies, Russia’s military doctrine stipulates the use of information warfare for two different goals: mobilization of the enemy’s internal opposition and mobilization of Russia’s own public. Externally, the aim of these methods is to manage by fear and neutralize the damage to Russia’s global image caused by its real military aggression. Domestically, these operations aim to create images of internal and external enemies, to emphasize the stability of the Russian regime and to project the role of the ruling elite.

The Kremlin uses several different narratives against the Baltics: they are Russophobic (link sends email), suffering massive emigration (link sends email), their economies are going down (link sends email) the drain, their citizens are poor (link sends email), and so on. However, the ‘Nazi/fascism’ narrative seems to be the most effective. This approach is primarily used domestically, to create external enemies, to make the distinction between ‘us’ and ‘them’ and to portray Russia as a ‘besieged fortress’. Due to highly politicized and emotionally charged memory politics in Russia, the Soviet victory against Nazi Germany is glorified unquestioningly, with a particular emphasis on the national celebration on 9 May of victory in the ‘Great Patriotic War’, as Russia calls World War II. The vast majority of the Russian public buys into this dominant narrative, while measures (link sends email) are taken against criticism of the Soviet period and its symbols. VIPA has already written about historical WWII reenactments in annual children military camps. Yet another grotesque example of these narratives is Kubinka’s Patriot Park (link sends email). Last year, a full battle of Berlin reenactment took place at this Russian ‘military Disneyland’ near Moscow, including an infamous storming of the Reichstag.

Here is actual footage of a reenactment of Soviet troops storming the Reichstag:

We also saw the Nazi narrative widely used as an excuse to invade Ukraine. Ukraine was and still is portrayed (link sends email) by the Kremlin and Kremlin-friendly media as being ruled by a ‘Fascist junta (link sends email)’ and the annexation of Crimea was conducted to save the Russian speakers from the Nazis.

Conveniently and without making responsible, rigorous distinctions, this narrative mixes the terms ‘nationalists’, ‘Nazis’, ‘fascists’ and ‘radicals’ into one concept and uses it to attract attention and elicit strong emotions. The Nazi narrative is extremely effective in Russian society, and here is how it works in practice against the Baltic States.

Television in Russia remains the champion of the information landscape, combining both entertainment and information operations (“infotainment”). RT alone has 35 million (link sends email) viewers daily worldwide with digital platforms in six languages. One popular type of TV show is ‘investigation journalism’, where a group of ‘journalists’ are sent to report from the scene, especially in neighboring countries such as the Baltic States and Ukraine. Here are a few classic examples of such shows.

On 16 March, 2017, the Zvezda military TV channel published an article, then showed a video report (link sends email), called ‘Baltics Embrace Nazi March’. The date of 16 March is a much-debated Remembrance day for the ‘Latvian Legionnaires’. The celebration attracts controversy as the Legion was a Nazi unit, although some maintain that its main aim was to liberate Latvia from the Soviet Union.

The TV anchor describes a march in the centre of Riga, mentioning that not only Latvians, but also Estonians, Lithuanians and Ukrainians took part. According to the reporter, local MPs joined the march, and people protesting against it were taken away by police. The number of people marching was not mentioned. The report mixed historical footage of marching Nazi soldiers and the Latvian parade.

The anchor then talks about Nazi Germany invading Russia, massacring civilians and committing other war crimes. Next, the Nazi tradition of marching with torches is mentioned, and the claim is made that the Baltics have resurrected this tradition.

Visual comparisons are shown in the background to compare Nazi Germany and the Baltics.

Here is a diagram of how the story building takes place:

The story begins with a controversial event in Latvia, then a comparison with Nazi Germany is made. Subsequently, footage of torchlit parades in Nazi Germany is used and visual parallels are made with today’s Estonia and Latvia. Finally, a march by Lithuanian nationalists is added into the narrative.

From the moment Nazi Germany footage is shown, the story is told in the light of Nazism. Generalizations are made about all three Baltic countries, even though the controversial event took place in Latvia. Viewers are left with the impression that Nazism is ominously on the rise in the Baltics.

Another example of such manipulation was aired by RT on 24 May, 2012. The story was called ‘Nazi kindergarten Shame: Baltics divided over dark past’ and looked into an instance when children at a Latvian kindergarten were taught history lessons by reenactors wearing Latvian Legionnaire uniforms.

The story, like the previous one, listed valid concerns about pre-school children being taught history while being given imitation weapons to play with in a private kindergarten.

The story then takes a wild turn, airing an interview with an anonymous woman who is concerned about her safety because of Latvian nationalists. This is followed by a comment by a marginal Latvian anti-fascist group leader, who insists that such instances are common in Latvia.

After that, the story turns to the 16 March Legionnaire march, and the narrator starts drawing broader conclusions. The narrator claims that neo-Nazism is on the rise in the Baltics and that since gaining independence, the Baltic states have became vocally critical of the Soviet period of their history. The narrator continues with a claim that those who fought against the USSR are called ‘freedom fighters’ in the Baltics, despite the fact that they allegedly fought alongside the Nazis.

The narrator concludes that in Baltic schools, children are taught false historical facts and that this will breed a future generation of neo-Nazis.

This is another example of a story starting with a disputed event, then spiralling out of control to make broad generalizations. A story that began by questioning if kindergarten childrens should be exposed to weapons was used to portray all three Baltic States as rewriting history and breeding a new generation of neo-Nazis.

Lastly, a good example of ‘Nazi’ narrative building was published as a reaction to NATO’s video clip about the Forest Brothers, postwar resistance fighters in the Baltic States who fought a desperate asymmetrical war against the USSR. Russian Channel 1 news showed a video report on 12 July, 2017, expressing outrage about the NATO video. In contrast to previous examples, this story uses exclusively the Forest Brothers’ video to make hasty generalizations.

Starting with excerpts from the NATO video, which is called a historical reconstruction, the video footage soon shifts to WWII images of Nazi Germany attacking the USSR in 1941. Again, a visual parallel is used to the Forest Brothers as Nazis. This pseudo-analogy is followed by a statement that the Baltic States are re-writing history.

Russia’s information warfare against the West never stops. A determined twisting of narratives, followed by highly emotional supporting audio and visual material, creates a powerful effect on viewers and spreads a defined message only tenuously linked to the truth. The examples analyzed above are taken from TV shows, but the same methods are used in social media, articles, radio shows and newspapers. These messages are not only targeted at the domestic audience, but also at foreign countries. RT operates in 6 different languages, and the list of examples is endless. These messages are usually conveyed very skillfully, and if the viewer does not question what they are seeing, a very specific version of the truth is planted in his mind. Information warfare in all of its many chameleon-like manifestations may well have become Moscow’s most powerful weapon yet.