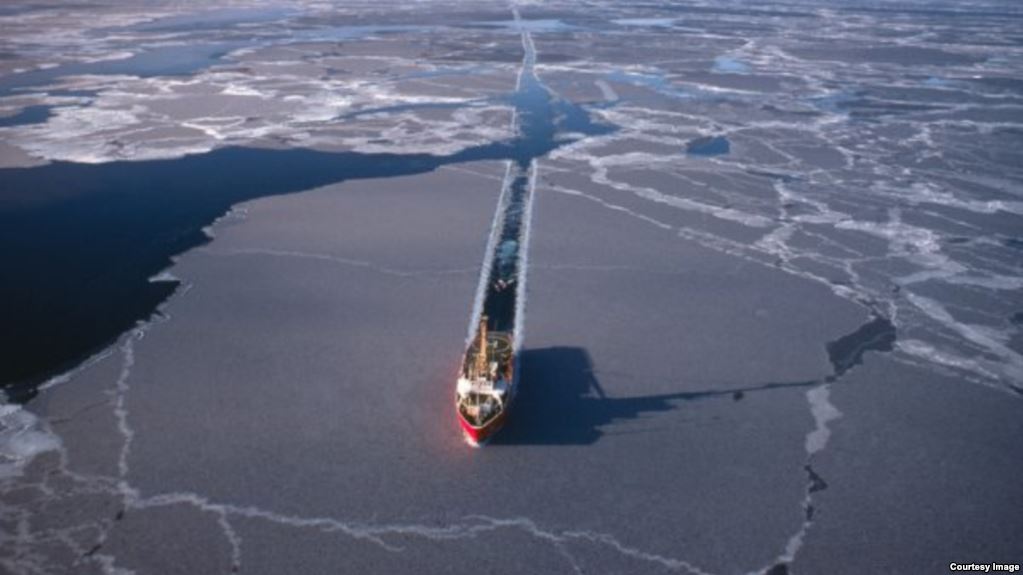 “Indeed, the NSR [Northern Sea Route] passes not only within Russia’s territorial waters, nevertheless, our country has the legal right to regulate navigation along the entire route.”

The Russian government has developed new rules to control the Northern Sea Route, which passes along the country’s northern coast in the Arctic, the newspaper Izvestia reported on March 6. “Russia is taking the Northern Sea Route under protection,” wrote Izvestia, in a piece headlined “A Cold Wave” – an apparent reference to the Cold War.

Russian officials claim the new regulations are designed to protect the environment and commercial shipping, in lieu of Article 234 of the United Nations Convention on the Law of the Sea.

In reality, Russia’s new rules concern foreign military ships and military vessels, which are sovereign immune vessels and exempt from Article 234 of the Law of the Sea. Nevertheless, Russia requires foreign military ships and naval auxiliaries to give 45 days’ advance notice and obtain “permission” to use the passage. The document must include the vessel’s name, purpose, route, timetable, and technical specifications, as well as the military rank and identity of its captain. The new Russian rules require that foreign military ships take on board Russian pilots while sailing through the Arctic. Even if the foreign vessels meet all Russia’s requirements, the Russian authorities still can reject their request for passage without explanation. In the event of an unsanctioned passage, the foreign naval vessels could be arrested and even destroyed.

​Russia uses the term “Northern Sea Route” (NSR) to describe the area from the Barents Sea in the west to the Bering Strait in the east. It is part of a larger transoceanic route – the Northeast Passage connecting the Atlantic and Pacific oceans.

“Indeed, the NSR passes not only within Russia’s territorial waters, nevertheless, our country has the legal right to regulate navigation along the entire route,” said Kamil Bekyashev, vice president of the Russian Maritime Law Association.

Does Russia indeed have the right to impose a permission regime on commercial ships and sovereign immune vessels passing through the Northern Sea Route?

“This statement appears to be out of sync with the Law of the Sea treaty,” Heather Conley, senior vice president of the Center for Strategic and International Studies in Washington, DC, told Polygraph.info. “The Northern Sea Route is an international passage and this suggested wider interpretation may even call into question international use of a portion of the high seas of the Central Arctic Ocean.”

Russia has already heavily regulated commercial traffic through the Northern Sea Route, and in May 2015, the U.S. State Department sent a strongly-worded diplomatic note to Moscow warning that some aspects of Russia’s regulatory scheme were “inconsistent with international law.” The State Department cited requirements to obtain Russia’s permission to enter and transit the exclusive economic zone and territorial sea; persistent characterization of international straits that form part of the Northern Sea Route as internal waters; and the lack of any express exemption for sovereign immune vessels.

Moscow justifies its regulation of commercial traffic by pointing to Article 234 of the United Nations Convention on the Law of the Sea, which allows coastal states “to adopt and enforce non-discriminatory laws and regulations for the prevention, reduction and control of marine pollution from vessels in ice-covered areas within the limits of the exclusive economic zone.”

However, Washington insists that Article 234 does not justify Russia’s requirement for prior notification or permission to exercise navigation rights and freedoms. U.S. policy has long prioritized ensuring freedom of the seas globally as a central component of U.S. national security policy and a key strategic goal in the U.S. National Strategy for the Arctic Region.

In the same May 2015 diplomatic note, the U.S. State Department asked Russia to confirm that the Northern Sea Route scheme shall not apply to sovereign immune vessels. Sovereign immune vessels are “any warship, naval auxiliary, other vessels or aircraft owned or operated by a State and used, for the time being, only on government non-commercial service.”

Less than four years later, Moscow has come up with new rules for sovereign immune vessels. The new rules were supposedly developed because of “the intensification of naval activities by different states in the Arctic,” writes Izvestia, saying it has a copy of the new rule.

According to Alexey Chepa, deputy chairman of the Russian State Duma’s international affairs committee, control of the Northern Sea Route is “simply necessary” in the current international situation. Russian officials refer to an incident last year when a French navy support vessel passed through the Northern Sea Route without prior notice. Russian military expert Vladislav Shurigin says this case proves that NATO and the U.S. could try to create another hotbed of tension along Russia’s northern borders.

Izvestia quotes a comment made by General Curtis Scaparrotti, Supreme Allied Commander Europe of NATO Allied Command Operations, in testimony to the U.S. Senate Arms Services Committee on March 5, that “the United States is ready to contain Russia in the Arctic.” However, Scaparrotti was referring to Russia’s militarization along the Northern Sea Route, which he said had caused the U.S. European Command to respond with corresponding deterrence measures.

During his testimony, Scaparrotti noted that, with the increasing opening of the Northern Sea Route due to global warming, Russia has reopened 10 airports along its northern borders, put up radar systems and periodically moved in different weapons systems to control the area.

“We’ve had to change the posture of some of our forces. We’ve changed our operational patterns, so that we in fact deter and we send the signal of the importance of the Arctic to us,” Scaparrotti said.

As global warming has caused the ice in the Arctic to melt at higher rates, the area has remained open for navigation for longer periods during the year. The Northern Sea Route may become a busier commercial passage, because it is the shortest water route between the Far East and Europe. It is almost half the length of other sea routes from Europe to the Far East: the distance between St. Petersburg and Vladivostok via the Northern Sea Route is 8,873 miles, compared to 14,415 miles via the Suez Canal and 18,268 miles round the Cape of Good Hope.

But Sean Fahey, a United States Coast Guard commander and professor of international law, cautioned in an article published by the Harvard National Security Journal: “Although much of the attention in the Arctic surrounds the potential for natural resource exploitation, preserving freedom of the seas—the rights and freedoms all States enjoy to operate ships and aircraft in the maritime domain — may become the most important strategic issue in the region.”

According to Fahey, this includes the rights and freedoms that ships and aircraft—including warships and military aircraft—enjoy globally on, under, and over the seas in accordance with the Law of the Sea.