A Russian charity group has made what appears to be a truly amazing animated film. The movie, titled “Children Versus Wizards,” is a Russian chauvinist’s fantasy. It takes place in a world overcome by dark magic and NATO, where Russia alone resists the tide of Western evil. The movie isn’t out yet, but there is a promotional video available on YouTube, and the footage is as unusual as it is stunningly ugly.

The events in the film are depicted as having occurred 15 years ago. Two military cadets, Ivan Tsaritsyn and Petr Tikhogromov, are sent to Scotland, where they’re meant to infiltrate the “Higher Academy of Occult Sciences.” Their mission is to find five Russian orphans who traveled abroad to study at the wizard school. Instead of returning home, however (to their orphanages), these children “began to have a negative attitude toward Russia.” Ivan and Petr are charged with discovering why they turned against their homeland.

The enemy attacks in 2004, just as it did in 1941. Once again, Russia is threatened with invasion, except this is a subtler enemy. The enemy wants revenge for losing in the Second World War.

At the same time, the wizard school dispatches to Moscow its own star pupil, a “former Russian” named Leonard. In Russia, he meets with schoolchildren, and performs various “miracles,” in order to lure them back to Scotland.

At the same time, the wizard school dispatches to Moscow its own star pupil, a “former Russian” named Leonard. In Russia, he meets with schoolchildren, and performs various “miracles,” in order to lure them back to Scotland.

The [internal] enemy is something else altogether. The main antagonist, Leonard, took up occultism and betrayed his homeland. But this isn’t visible to others. He didn’t become an enemy outwardly or take on the enemy’s form. On the outside, he remains the same, but he’s changed on the inside. At first glance, he is Russian, but he hates Russia. He doesn’t break the law, he respects boundaries, and he’s even extremely law abiding, but he is an enemy even more frightening than the one Russia faced 75 years ago [the Nazis]. You can’t tell him apart from everyone else, but he’s cultivating hatred against Russia in the youth, so they grow up to become enemies of our fatherland. Such children speak Russian, they even live here, but they’re only at home in other countries. A hidden enemy is far more dangerous than one you can see.

Just look at how crazy-law-abiding this guy is. He sits in his chair, drives through green traffic lights … wears pants.

At one school, Leonard encounters a girl named Nadia Eropkina, who “has that rare ability to notice what others do not see.” Armed with this spidey sense, she tries extra hard to resist the charms of Leonard. (She’s later tricked into coming to the university, where she’s eventually rescued and returned to Russia.)

Back at the cadet ranch, Ivan and Petr join the muscly Lieutenant Colonel Telegin, a special forces veteran of several wars and “combat operations.” They board a military helicopter and set off for the shores of Scotland, but inclement weather forces them to ditch their aircraft over Kosovo. Luckily, there’s a nearby warehouse hidden in the mountains containing Russian “mini-helicopters” stashed away in 1999.

In a flashback sequence, Telegin treats the boys to a tale of how these helicopters were used to “fight off the bandits” and rescue the locals. When they find the helicopters, Telegin convinces the boys to take a “minor detour” to Greece, where they can get advice from a group of Orthodox priests and receive a blessing.

In Greece, it’s revealed that Ivan suffers from excessive pride. In order to understand the nature of spiritual struggle, he spends a night alone in a cave, where he’s confronted by various horrors and monsters. He emerges fine, though, and the next day he gets a blessing and a wooden cross. Then the three set off again, this time for the university’s castle in Scotland. When they arrive, Telegin hides in the forest, as he’s too old and buff to pass for a student.

Once inside the school, Ivan and Petr perform all manner of shenanigans, trying to blend in and outsmart the faculty, while searching for their compatriots. When they find them, all but one of them are “no longer Russian, but [merely] Russian-speaking.” They have “renounced everything in mankind that saves his humanity,” and they now “serve dark forces.”

(You know they’re evil because they’re flying on something that isn’t a mini-helicopter.)

Luckily, the entire time Ivan and Petr were skulking about the campus, Lieutenant Colonel Telegin was planting mines, which he detonates when rescuing the film’s heroes. (He’s able to find the children amidst all the explosions thanks to the wooden cross Ivan received in Greece, which, it turns out, glows brightly—like, really brightly—when gripped during prayer.)

Flying away from the burning castle, the heroes are confronted by NATO warships, deployed by the university’s demented headmaster. As they fall within the crosshairs of the vessels below, the children begin to pray together. A moment later, a bunch of Russian nuclear submarines surface, and the NATO ships immediately retreat.

The book “Children Versus Wizards” emerged in 2004. The publisher—curiously named after the home of the KGB’s headquarters—says it was written by a Greek businessman named Nikos Zervas, though an exhaustive search in 2006 by the newspaper Kommersant strongly suggests that the book’s origins are entirely Russian.

The film differs from its source material in several ways. Most notably, Harry Potter appears to have been removed from the plot. Zervas released the book just a year after JK Rowling published “Harry Potter and the Order of the Phoenix,” the fifth book in the series. Also by that time, there were already three Potter films available, together earning nearly $3 billion worldwide.

In Zervas’ book, interest in Harry Potter (who’s a real person, in the story’s universe) is what allows the evil wizards to infiltrate Russia in the first place. Potter is described as Merlin’s greatest student (and, at the end of the book, he’s revealed to be Hermione’s hormone-injecting, transvestite sister). Public interest in Potter weakens the “spiritual shield” around Russia, which has until now preserved it as one of the world’s last bastions of Christianity.

Not all of the book’s villains are warped versions of JK Rowling’s beloved characters, however. There’s also Leo Ryabinovsky, Kokhan Kosh, and “the famous American wizard Moisha Skopidofl.” (These are all stereotypical Jewish names.)

The film is the work of the St. Sergius of Radonezh Charity Foundation, an organization that says its primary function is providing support to orphans, handicapped persons, and veterans. While the foundation says it operates without regard for “nationality, citizenship, or religion,” it appears to have close ties to state and religious officials in Russia. On its website, the group says it produced “Children Versus Wizards” with help from the Russian Orthodox Church, the Russian Orthodox publishing house “Foma,” and the Suvorov Military School, as well as the Ministry of Defense and the Ministry of Culture. It’s unclear what support exactly these groups offered to the film.

Brought to you by…

In an interview with the website Russkaya Planeta, Elena Asanbekova, the film’s administrative director, said that the Russian Orthodox Church’s public relations department helped by writing a letter to Vladimir Medinsky, Russia’s minister of culture, asking the state to offer some assistance. The “Foma” publishing house wrote a similar letter to Medinsky. (It’s not clear if the Russian government ultimately funded the project, but the film’s producers do credit the ministries of culture and defense with “support.”)

Asanbekova also said Orthodox priests agreed to bless the film’s production, and they provided the voices for the movie’s cleric characters.

The director of the film is a man named Nikolai Mazurov, who works as the general director at an advertising studio called Madmoon. On Vimeo, you can watch three promotional videos uploaded by Madmoon: one is for a clothing store, the other is for a veterinarians’ conference, and the third is a commercial for Gazprom, Russia’s biggest natural gas producer.

Years ago, Mazurov was an active LiveJournal user, where he posted reviews of Hollywood films (he loved Guy Ritchie’s “Sherlock Holmes”), along with some of his own photography. (A warning: not all of Mazurov’s pictures from this time adhere to the chastity at the heart of “Children Versus Wizards.”)

Archpriest Sergy Shashtin, a rector at the Krutitsy Metochion in Moscow, appears several times in the film’s promotional video on YouTube. Shashtin works with youths in Russia and Serbia, maintaining cross-cultural bonds with projects like “Our Serbia,” “Serbian Code,” and “The School of Friendship.” In the film’s promo, Shashtin says Russia is at war today, putting a spiritual spin on what’s commonly referred to as an “information war” in political discourse:

The war that’s going on right now, it’s not happening on the battlefield—it’s occurring in people’s souls. And the main goal today is the preservation of the morality of our children and our younger generations.

Are Russians into this?

The promo for “Children Versus Wizards” arrived on YouTube on December 29, 2015. For roughly six weeks, nobody seemed to notice. Then, in mid-February, interest suddenly exploded. The surge may have something to do with the military-themed holiday Defender of the Fatherland Day, which Russians celebrate on February 23. As of the time of this writing, the video has more than 106,300 views.

On Vkontakte, where the film’s page now has 340 members, the vast majority of the comments are negative, if not downright abusive. Despite a devoted contingent of fans (many of whom seem to be familiar with the books), most Internet users appear to think “Children Versus Wizards” is a poorly animated piece of “patriotic trash.” Several people compare the movie unfavorably with Hollywood’s offerings from the past decade, including “Zootopia,” “The Lorax,” and “The Guardians.”

For all the derision, there is also a petition on Change.org asking Russia’s Ministry of Culture to support a sequel for the film (a curious campaign, considering that the first installment hasn’t yet been released). The petition has more than 10,600 signatures, according to the website.

Why make this movie?

In her interview, Elena Asanbekova said her team’s main objective was to make an educational film using unique animation. She says the movie has been prescreened for some children, who watched it slack jawed, amazed by the “special effects and good animation” and won over by the “deeper meaning” and “humor.”

The film, like the book, perhaps wouldn’t exist without the support of people in the Russian Orthodox Church. Why did they settle on this story about evil wizards as a means of winning back Russia’s “lost youth”?

Archpriest Sergy Shashtin never explains his particular interest in “Children Versus Wizards,” but his name did come up at a Russian Orthodox conference in May 2009, where clergy members discussed ways for the church to recruit new members. At the meeting, the clerics said, “The missionary’s task is to create a hook for raising interest in one’s faith—interest in God.” One priest in particular concluded, “The most successful missionaries were the ancient prophets. They went around naked, eating feces, and marrying harlots—all in order to reach people.”

In today’s world, however, why eat filth, when you can upload it to YouTube, where 106,300 people will consume it for you? 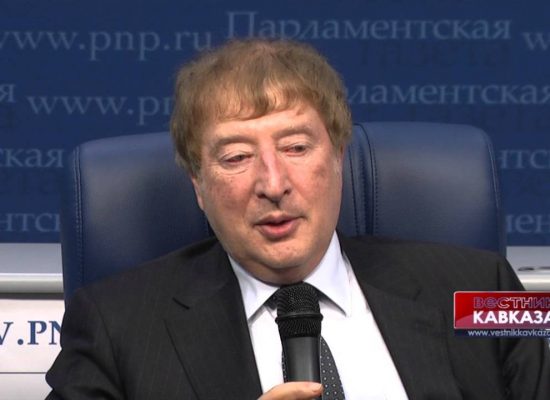 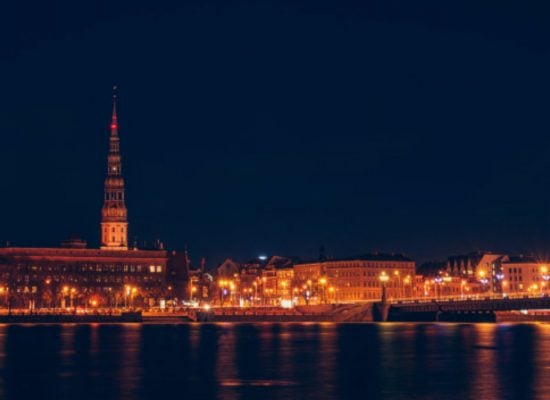 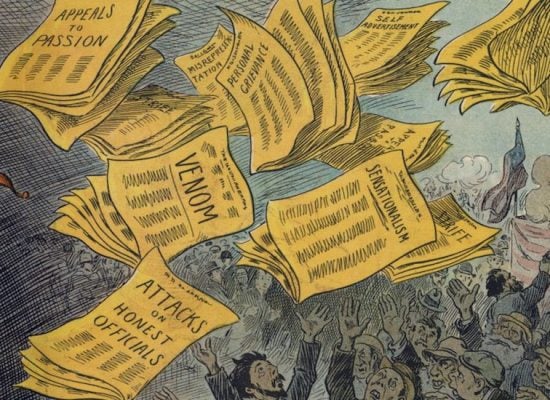 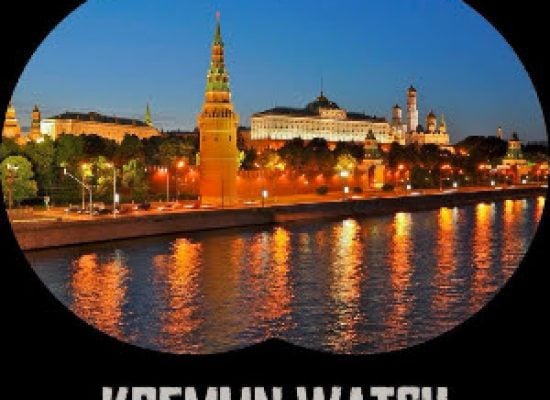 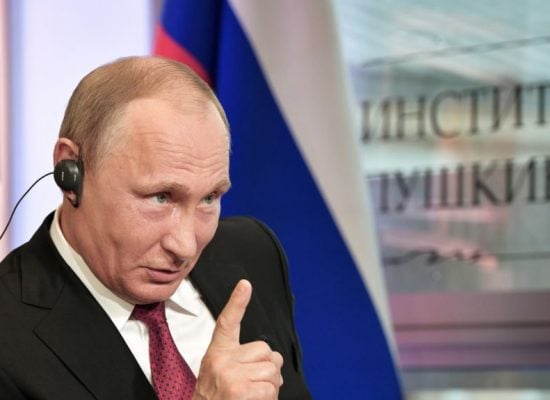 Russia Hackers Had Targets Worldwide, Beyond US Election 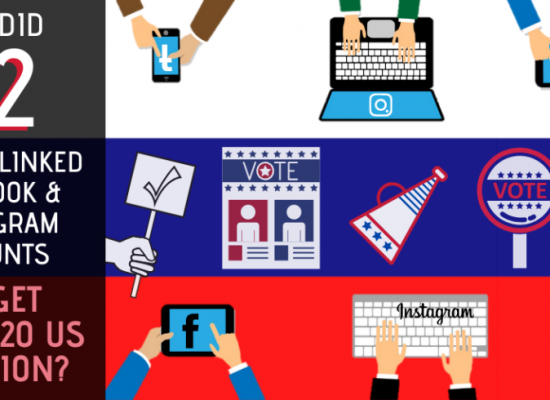