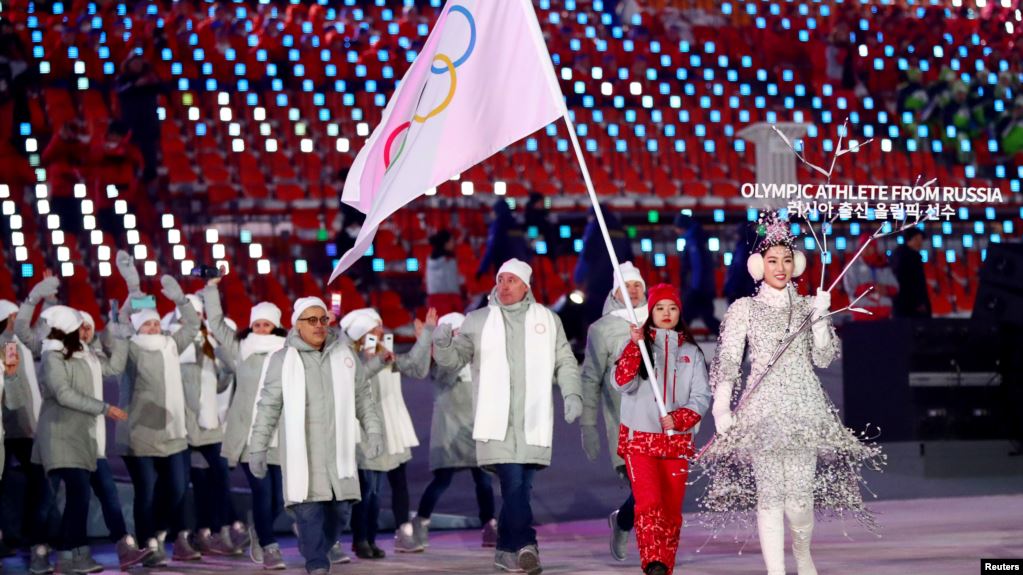 The World Anti-Doping Agency (WADA) on Dec. 9 announced a four-year ban on Russia competing in or hosting Olympic Games and other major world sporting events.

Russian Prime Minister Dmitry Medvedev said WADA’s decision was “a continuation of this anti-Russian hysteria, which has already acquired a chronic form.” However, he conceded that there are still “significant problems with doping” in Russian sports, adding “it is impossible to deny.”

“Those who are not guilty of anything, who, for their entire life in sports, were making their way toward the cherished goal of competing in a world championship or the Olympics,” Yevgeny Revenko, United Russia’s deputy secretary general, wrote on Instagram. “… How can you punish all of them en masse indiscriminately?!”

The charge of indiscriminate punishment is false.

WADA is not banning all Russian athletes, only those who have been investigated and proven to have engaged in doping. Russian athletes not found to have been doping can participate in any international sports events, including the Olympic Games, except that they may not compete under the Russian flag.

According to WADA: “Russian athletes and their support personnel may only participate in Major Events staged in the Four-Year Period where they are able to demonstrate that they are not implicated in any way by the non-compliance with conditions including (without limitation) that they are not mentioned in incriminating circumstances in the McLaren (a WADA investigator) reports, there are no positive findings reported for them in the database and no data relating to their samples has been manipulated, and that they have been subject to adequate in-competition and out-of-competition testing prior to the event in question according to WADA … In this circumstance, they may not represent the Russian Federation,” WADA document said.

WADA said that in dealing with Russia, it followed the standard procedure and that over the course of an investigation lasting years it had obtained material evidence of a Russian government athletic doping scheme.

“For too long, Russian doping has detracted from clean sport,” said WADA President Craig Reedie. “Russia was afforded every opportunity to get its house in order and re-join the global anti-doping community for the good of its athletes and of the integrity of sport, but it chose instead to continue in its stance of deception and denial. As a result, the WADA ExCo has responded in the strongest possible terms, while protecting the rights of Russian athletes that can prove that they were not involved and did not benefit from these fraudulent acts.”

In 2015, WADA had suspended Russia from participating in major world sports events as a nation. In the 2018 Winter Olympics in Pyeongchang, South Korea, 168 Russian athletes competed under a neutral flag.

For years, top Russian diplomats, government officials, the Kremlin and Putin have denied that Russian athletes were doping. Polygraph.info examined and debunked many of these claims.

The 2020 Summer Olympic Games will be held in Tokyo in July and August.

In announcing the latest ban, WADA said Russia falsified, altered and deleted data from the Moscow laboratory that tested for banned substances.