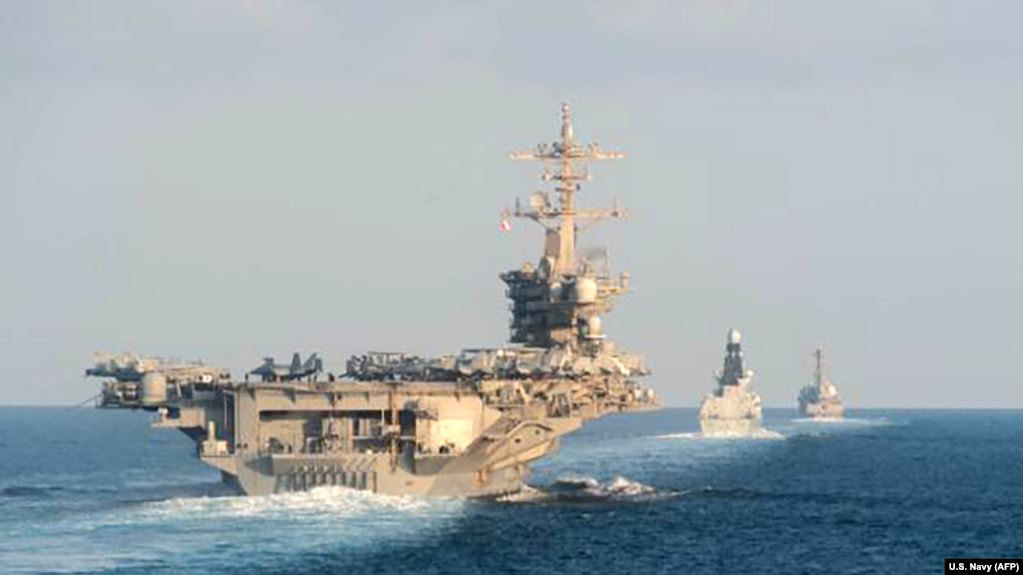 Sputnik
Russian government news agency
“On the night of January 8, Iran launched a missile strike on the American military infrastructure in Iraq. The number of victims of this attack was not disclosed.”
Source: Sputnik, April 22, 2020
False
Sputnik recycled thoroughly debunked Iranian disinformation

In the commentary, Sputnik cited Farhad Ibragimov, an expert from Putin’s Valdai Discussion Club, a Moscow-based think tank and discussion forum, who said there were three reasons for Trump’s “threats” against Iran.

First, Ibragimov said, Trump is trying to distract from the U.S. domestic political crisis, aggravated by criticism over the administration’s handling of the COVID-19 response. Second, he said, Trump was angry at Iran for refusing U.S. coronavirus humanitarian aid. Third, he said Trump is trying to boost oil prices by threatening possible military action in the Middle East.

The last sentence in the Sputnik report implies that Washington has been hiding military casualties suffered in the January Iranian missile strike in Iraq, which was in retaliation for the U.S. airstrike that killed Qassem Soleimani, commander of the elite Quds Force of Iran’s Revolutionary Guard Corps.

“On the night of January 8, Iran launched a missile strike on the American military infrastructure in Iraq. The number of victims of this attack was not disclosed.”

The U.S. initially reported no casualties, but later announced 11 troops had been treated for concussion symptoms after the attack, and the number of those suffering traumatic brain injuries eventually grew to 111.

Along with American troops, the bases targeted by Iran housed military personnel from at least seven other nations participating in the coalition to defeat ISIS. These included Australia, Canada, Denmark, Finland, Lithuania, Norway and Poland. None reported casualties.

After Trump’s “shoot and destroy” tweet, Maj. Gen. Hossein Salami, commander of Iran’s Islamic Revolutionary Guard Corps, issued his own rejoinder that any actions threatening Iran forces “will be met with an immediate and decisive response.”

The Iranian navy has been videoing these interactions, and the videos have been broadcast on Iran’s official channels.

Some U.S. and EU analysts agreed with Ibragimov that Trump was calculating the impact that such a move would have on oil prices.

Still, the views of this Kremlin-linked expert echo Tehran’s, and similar opinions have been pushed extensively by regime-controlled Iranian media.

Iran’s disinformation campaign in the wake of Soleimani’s killing on Jan. 3 featured some unusual claims, including that the CIA’s Iran chief died in a plane crash in Afghanistan.

Iran initially denied the Jan. 8 shoot down of a Ukrainian passenger airliner departing Tehran. Leaders later admitted that its air defenses mistook the airliner for a U.S. military jet. All 178 people on board died.