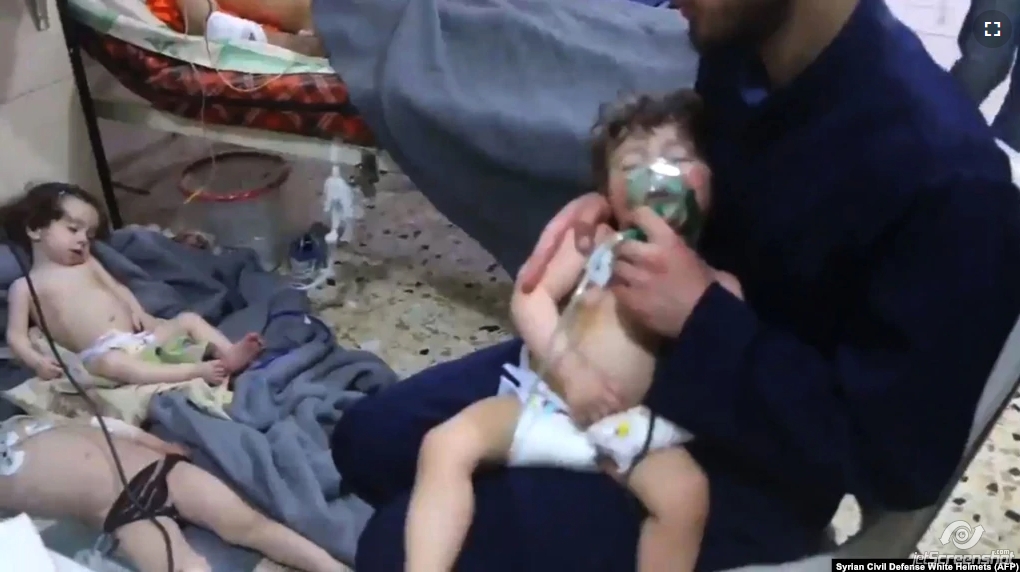 Vasily Nebenzya
Russia’s Permanent Representative to the United Nations
“In 2014, Syria completely abandoned its chemical weapons program, destroyed all its chemical warfare stockpiles and destroyed its chemical-weapons production facilities – something confirmed by the OPCW more than once.”
Source: Presstv.com, March 4, 2021
FALSE

Speaking during a U.N. Security Council video conference on March 4, U.S. Ambassador Linda Thomas-Greenfield said she was “struck by the magnitude of the atrocities committed by the Assad regime,” and that “tens of thousands of innocent civilians are now dead, and far too many of them were slain with Assad’s lethal, horrific chemical weapons.”

Russia is blocking “all efforts to pursue accountability” for the Assad regime, Thomas-Greenfield said, citing the Organization for the Prohibition of Chemical Weapons, the intergovernmental organization charged with implementing the 1997 Chemical Weapons Convention. “Russia has defended the Assad regime despite its chemical weapons attacks. It has attacked the professional work of the OPCW, and it has undermined efforts to hold the Assad regime accountable for its use of chemical weapons and numerous other atrocities.”

Vasily Nebenzya, Russia’s Permanent Representative to the United Nations, responded: “In 2014, Syria completely abandoned its chemical weapons program, destroyed all its chemical warfare stockpiles and destroyed its chemical-weapons production facilities – something confirmed by the OPCW more than once.”

Trouble is, that characterization is false.

Syria joined the global convention banning the production and use of chemical weapons in September 2013. In August 2014, the Assad regime declared that it had destroyed its stockpile and production sites.

During the same March 4 U.N. Security Council meeting in which Nebenzya made his claims, U.N. High Representative for Disarmament Affairs Izumi Nakamitsu said that issues related to Syria’s declaration that it destroyed all of its chemical weapons stockpiles and production facilities “remain outstanding,” including the matter of a facility Syria declared “as never having been used for the production of chemical weapons,” according to The Associated Press.

Nakamitsu said material collected by the OPCW in Syria “indicates that production and/or weaponization of chemical warfare nerve agents did, in fact, take place at this facility.”

The OPCW mission in Syria repeatedly accused the Assad regime and its Russian allies of obstructing and blocking its investigations.

An April 8, 2020, OPCW report concluded that “there are reasonable grounds to believe that the perpetrators of the use of sarin as a chemical weapon in Ltamenah on 24 and 30 March 2017, and the use of chlorine as a chemical weapon on 25 March 2017, were individuals belonging to the Syrian Arab Air Force. Attacks of such a strategic nature would have only taken place on the basis of orders from the higher authorities of the Syrian Arab Republic military command.”

Syria “remains a living nightmare” a decade after the government sought to violently suppress peaceful protests and plunged the country into civil war, U.N. Secretary-General Antonio Guterres said on March 10.

“It is impossible to fully fathom the extent of the devastation in Syria, but its people have endured some of the greatest crimes the world has witnessed this century,” Guterres said.

Syria’s new U.N. ambassador, Bassam al-Sabbagh, denied that the country ever used chemical weapons. According to AP, al-Sabbagh was the country’s envoy to the OPCW for seven years after 2013.