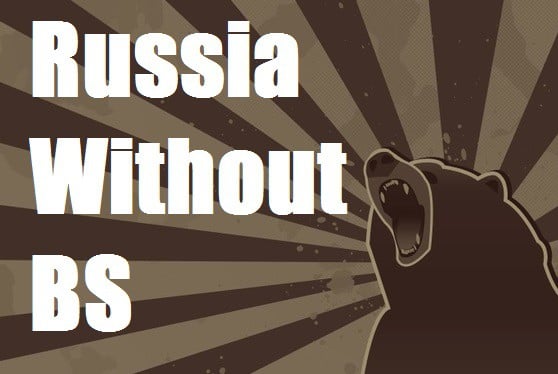 Ever since 2014 we’ve constantly been hearing about “hybrid warfare,” which comes with the implication that this is some kind of new Russian type of war, or that Russia has adopted “hybrid warfare” as its military doctrine. This is incorrect for a number of reasons. Long-story short, the misunderstanding comes from a misreading of an article by Russian Chief of the General Staff Valery Gerasimov. To be more concise, Gerasimov, expressing a somewhat paranoid belief quite common in Moscow’s circles of power, was basically accusing the West, and in particular the United States, or waging hybrid warfare against Russia. He was not laying out some kind of new doctrine of hybrid warfare to be used by Russia. Moreover, hybrid warfare has been used to describe a number of other conflicts, including the 2006 Israeli-Hezbollah conflict.

What Russia has been waging in Ukraine would better be termed as “special war” or “full spectrum warfare,” but in general there’s enough extremely novel about Russia’s tactic of invading and denying involvement; only the equipment has advanced. As Mark Galeotti points out, Russia has a history of waging war in this way, and in fact it actually started in almost the same region about 100 years ago. At the time, the Bolsheviks created the so-called Donets-Krivoy Rog Soviet Republic in the eastern part of the country so that Bolshevik Russia (the USSR wouldn’t be founded until several years later) could maintain a foothold in Ukraine while still ostensibly fulfilling its obligations under the recently signed Brest-Litovsk Treaty. After the fall of the USSR, Yeltsin initially provided military support to Chechen Moscow-loyalists, all the while denying any involvement. The ruse broke down when some of the troops were captured and the Chechen rebels threatened to shoot them as mercenaries.

Even other countries pulled the same old trick. The US tried to keep its involvement in Laos and Cambodia secret. Slobodan Milosevic provided military support for Serbian states such as the Republic of Serbian Krajina and the Bosnian Serb Republic while denying his forces’ involvement. Hell, Nazi Germany kicked off the Second World War by staging a Polish attack on a radio station and some border posts.

Russia hasn’t discovered anything incredibly new or unique. For one thing, as Max Boot pointed out in his book Invisible Armies, irregular warfare is a bit of a misnomer because throughout human history it’s probably more regular than what we consider to be regular, conventional warfare. What we might call “hybrid warfare” is just a form of irregular warfare, one which is waged by a nation state but with the help of non-state actors and a variety of non-military means such as cyber-warfare or information warfare.

So it would be nice if people would stop shoehorning “hybrid” into every discussion about Russia and warfare.

Let’s take one certifiable example and see if Russia has weaponized it. When people speak of Russia weaponizing information or news, they are referring to Russia’s propaganda machine, a form of Russian soft power, which went into high gear around 2014. But in reality, propaganda of this sort has been around for a long time. What’s that you say? The Russians are using Twitter bots and social media to spread their message? So what? The medium changes but the tactic is the same. There was a time when propaganda was disseminated as pamphlets or leaflets. Then came the radio, motion picture, television, internet, social media. When people act like Russia’s found some new secret weapon I have to wonder if they expect them to be using short wave radio or handing out mimeographed leaflets in Times’ Square.

Think about this for a second: When have you ever heard a person say they like a certain source for news, but they’re concerned that it might be biased in favor of their own political beliefs? Chances are, the only time someone detects bias in a news source is when it puts out a viewpoint they disagree with.

As Matt Taibbi points out in his latest book Insane Clown President, the media landscape in America has changed so that viewers are consumers and the news has become a product. As such, news outlets tailor their products to reach key demographics. Ultimately, we’re left with a political environment where voters get to choose their reality by choosing which news sources they think are genuine.

It’s not that media bias doesn’t exist; I’d say it’s widespread and sometimes intentionally so. The problem is that sometimes what seems like bias is just because the facts point to one story and not an “alternative” one. Some bias can be shared by media on both sides of the political spectrum. Most importantly, calling some media biased has turned into an excuse for lazying thinking, whereby one avoids actually examining the facts and seeing if the story can stand on the merits of its evidence.

Here’s the thing- if you find yourself frequently agreeing with a particular news outlet, it’s probably biased. That doesn’t necessarily mean they lie, but they are biased. You’re a customer to them and they’re delivering the product you want.