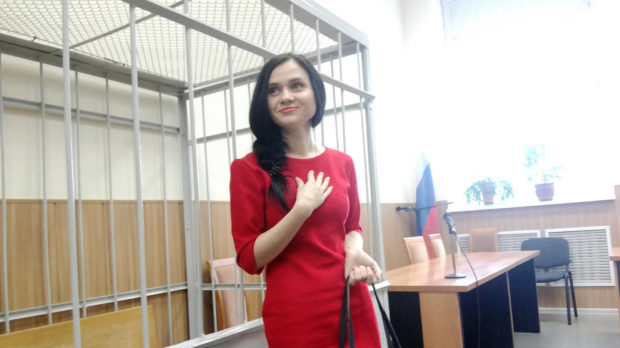 A court in Vladimir has placed a local activist under arrest for three days because she reposted an image on social media depicting Vladimir Putin as a Nazi. The picture also showed Adolf Hitler and a caption reading, “They both got started with the Olympics. They both attacked Ukraine. They both disgraced their countries before the whole world.”

Viktoria Lobova was placed under arrest for the misdemeanor offense of publicly displaying Nazi symbols.

According to the news outlet Zebra TV, police detained Lobova on July 13, coming directly to her workplace. She was then transferred to a temporary detainment center. Before her arraignment, fellow activists staged a small demonstration in her support outside where she was jailed.

“Yesterday, near the Vladimir detention center, we held a demonstration in support of Viktoria Lobova, who will be tried today for a repost on Vkontakte.”
Kirill Ishutin / Twitter