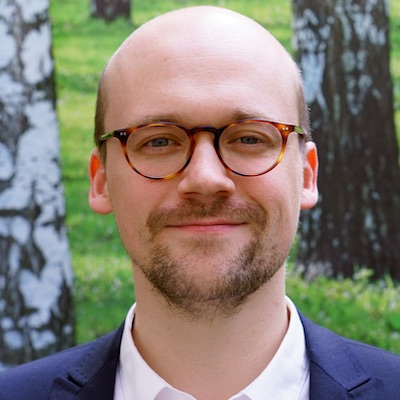 By Jonas Kaiser, for NiemanLab

“Scrambling to understand what had happened, we were looking for answers, and misinformation was the prime suspect: as flashy as it was intuitive, as paternalistic as it was elitist, and it absolved us from responsibility, giving us a clear culprit.”

Remember slacktivists? Does Kony 2012 or when Unicef asked people to give money, not likes, ring a bell?

In the late 2000s, more and more people gained access to the internet and observers noticed a gap between online activity and real-life action. Slacktivism, according to Evgeny Mozorov, “is an apt term to describe feel-good online activism that has zero political or social impact.” It was, in short, a cynical and pessimist view on online behavior that assumes that online activism has little to no consequence for the offline world. And it has since then been mostly forgotten.

Then Brexit and Trump happened and journalists, academics, and policymakers were once again interested in what people like and retweet, how often this story or that meme got shared, how many people got exposed to it, and how to measure its impact. But where we were once dismissive, we’re now concerned, worried even: about “fake news,” “misinformation,” “disinformation,” and “bots.” All those things that supposedly changed people’s minds. We talk about QAnon, anti-vaxxers, and Russia.

Indeed, there are probably few topics that have changed people’s perspective of what’s happening online so quickly and found their way into people’s lives and daily conversation than “fake news” — a label that rose quickly and fell sharply after everyone seemed to agree that better terminology was needed. And now, in 2019, about 75 percent of Americans believe that at least some of the news they consume consists of disinformation — i.e., deliberately placed false information.

And while it’s unclear just how many people were worried about disinformation pre-2016, it’s probable that we are partly responsible for why so many people are worried about it now (adding to the already existing mistrust in the media). Scrambling to understand what had happened, we were looking for answers, and misinformation was the prime suspect: It was as flashy as it was intuitive, as paternalistic as it was elitist, and it absolved us from responsibility, giving us a clear culprit. And so we focused on misinformation — and where once slacktivists were seen with disdain, as virtual do-gooders without real-life effect, they were now seen as direct perpetrators and/or victims of disinformation campaigns that contributed to society’s polarization.

It’s thus worth taking a step back and looking at what we know about slacktivists to make more sense of what I call “trolltivists.” While not many papers looked into slacktivism, those that did ended like this one from Rodolfo Leyva, who concluded that “frequent social media consumption is linked to a minimal and narrow mobilizing impact” (others: 1, 2, 3). In this sense, slacktivism has, at best, a mobilizing effect, although a small one, and might give exposure to a topic.

Adapting this logic to misinformation — where we know that, while people that have been exposed to misinformation may be more prone to believe it when confronted again, most people aren’t exposed to misinformation in the first place — means that, at worst, some people got mobilized and bought into some made-up stories. (Keep in mind, though, that these stories were mostly read by a small subset of people who were already very interested in politics to begin with and thus also read lots of “true” news.) At best, it was “just” that: exposure. Just another outrageous blip in the seemingly never-ending scroll of stories and memes that we’re all exposed to online.

Going into 2020, then, journalists should work to avoid the specter of misinformation and the tales of the easily manipulated users — and if they can’t help it, they should at least remember the slacktivists and how they were once seen as a cautionary tale. Today’s trolltivists aren’t fighting for the arrest of war criminal Joseph Kony — but they are embedded in a polarized political landscape in which political leaders and Fox News are more influential, problematic, and misinforming than Russian propaganda campaigns or 4chan trollstorms.

And while it’s likely that slacktivists have always been underrated, it’s important not to make the opposite mistake for today’s slacktivists. Too many online campaigns have failed and too many platforms have had enough of the trolltivist’s constant harassment and spread of disinformation. Journalists have also learned not to emphasize every outrageous claim, when to employ strategic silence, and when to shine a light on the hideous side of today’s slacktivism.

This isn’t to say that online communication can’t have a meaningful impact on the streets — but rather that we should be careful about asserting the direct impact of misinformation on people’s minds. Some people, after all, might just like trolling their Facebook friends.

By Jonas Kaiser, for NiemanLab