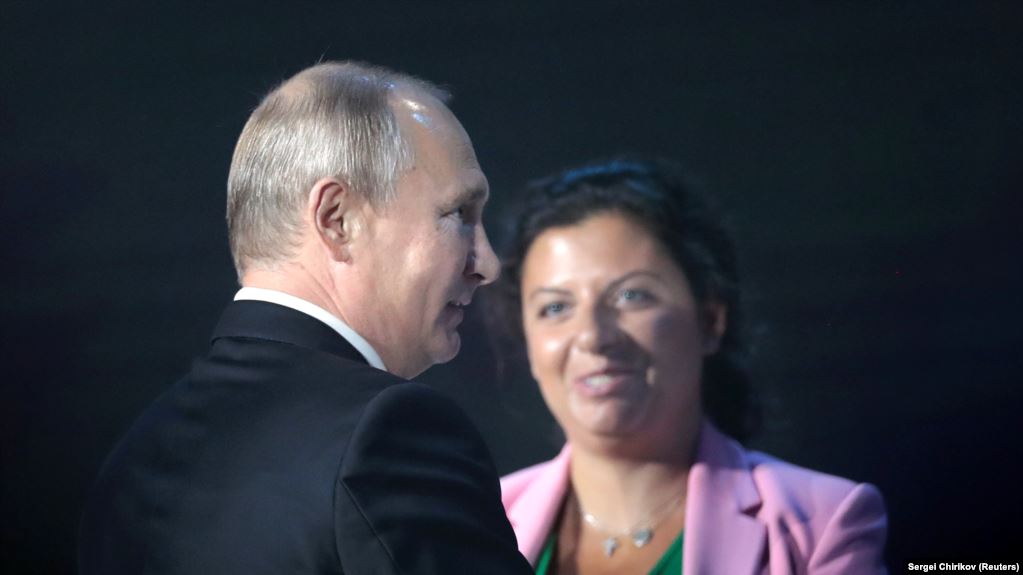 Margarita Simonyan
Chief Editor, Rossiya Segodnya
“Sputnik Belarus in January had 10 million unique visitors, with the country’s population of 9.5 million. That is more than Radio Svoboda, the Polish BelSat and other foreign media in the country have, combined. I am proud!”
Source: Twitter, Feb. 5, 2020
Partly False
Simonyan exaggerated the actual number of unique visitors by a factor of two.

Simonyan claimed that Sputnik.by had a record number of unique visitors in Belarus in January – 10 million. She also said Sputnik.by’s numbers exceeded the combined audience of all other foreign media in Belarus, naming just two — U.S. government-funded Radio Free Europe/Radio Liberty [branded Svaboda.org in Belarus] and the BelSat TV channel, which is co-funded by the Polish government and international donors.

This is partly false.

According to data provided by the market intelligence company SimilarWeb, Sputnik.by ­had 11.16 million total visits in January of this year but only 5.65 million unique visitors — only about half what Simonyan claimed.

In addition, SimilarWeb’s data showed that in January of this year, 74 percent of desktop visits to Sputnik.by were from Russia and only 17 percent from Belarus.

SimilarWeb does not provide geographical data for mobile traffic. However, it reports that 32 percent of all traffic was from desktop computers and 68 percent originated from mobile devices.

The one correct claim in Simonyan’s tweet was that Sputnik.by’s audience in January exceeded the combined numbers of other foreign-funded media. The Voice of America sister-media, RFE/RL’s branch in Belarus, Svaboda.org had about 259,000 unique visitors in January.