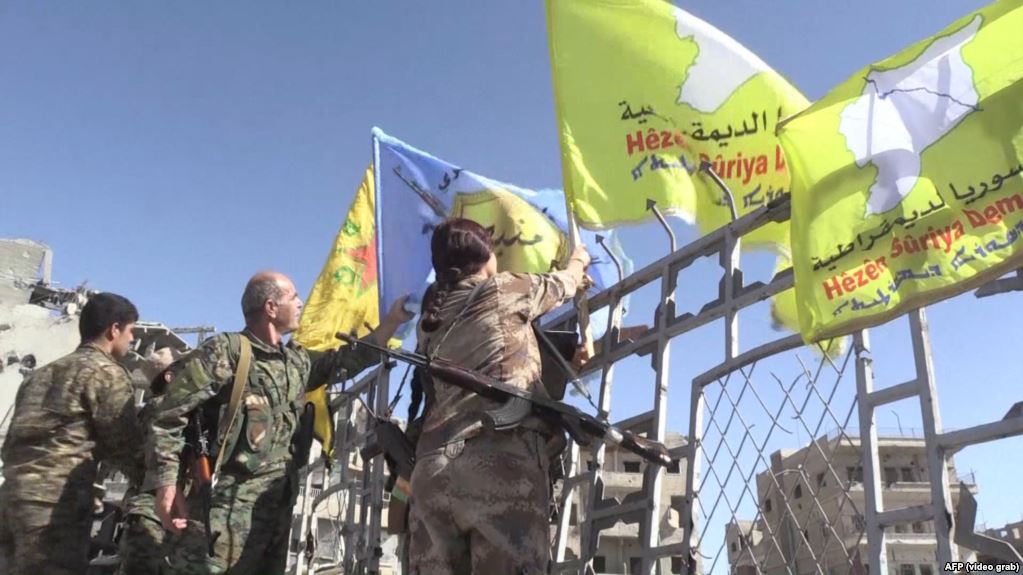 Russian Embassy in the UK

“US training a “New Syrian Army” near refugee camp in Al-Hasakah to fight the government, core fighters of the group are ISIS terrorists allowed to leave Raqqa (as BBC has revealed)”

The claims are baseless, and the BBC did not report any such story.

On December 16 the Russian Ministry of Defense’s official Facebook accountposted a claim that U.S. Special Forces were “arming and training former Islamic State (IS) and Al Nusra” fighters.

“The U.S. instructors of the Special Operations Forces are forming new military units called the New Syrian Army from separate groups of militants at a training center at the refugee camp. According to the returnees, the U.S. instructors are to be redeployed to south Syria after the training to fight the Syrian Government forces,” the statement read.

The sole source for the claim are unidentified “returnees” from an unnamed refugee camp “located 20 km north-east of al-Shaddadi, al-Hasakah province,” according to the statement.

The Russian UK Embassy’s official Twitter account tagged the Russian Ministry of Defense in a tweet where it not only repeated the claim that the U.S. was training former IS fighters, but also claimed that the BBC had supposedly exposed the story.

.@MoD_Russia : US training a “New Syrian Army” near refugee camp in Al-Hasakah to fight the government, core fighters of the group are ISIS terrorists allowed to leave Raqqa (as BBC has revealed) pic.twitter.com/athFbJZ6mm

There are two major problems with the claims, apart from the lack of corroborating evidence.

First, the New Syrian Army (which has been known as the “Revolutionary Commando Army” since December 2016) has fought several major operations against the Islamic State since its founding in May 2015.

In May 2017, the group managed to seize a large swath of territory from the Islamic State.

The New Syrian Army is still engaged in operations against IS presently.

The second major falsehood concerns the Russian Embassy’s claim that the BBC “exposed” this alleged “training operation.” In a follow-up to the original tweet about the U.S. training IS fighters, the embassy gave a link to a BBC story about a deal made between the Syrian Democratic Forces and Islamic State militants who were holding out in the remnants of their de facto “capital” Raqqa.

While the article details how hundreds of IS fighters were allowed to escape Raqqa (in some ways apparently violating the agreed upon ceasefire terms), it suggests that concern for civilian casualties may have been one of the main motives for making the deal.

This is important to point out, because at the end of October this year, the Russian Ministry of Defense publicly condemned the coalition bombing of the Islamic State capital, comparing it to the destruction of Dresden in 1945, a claim Polygraph.info fact checked.

However, despite Russian embassy claims, there is nothing in the BBC article about the New Syrian Army (AKA Revolutionary Commando Army), U.S. Special Forces instructors, training camps, or former IS fighters receiving arms and training from the U.S. or other coalition members.