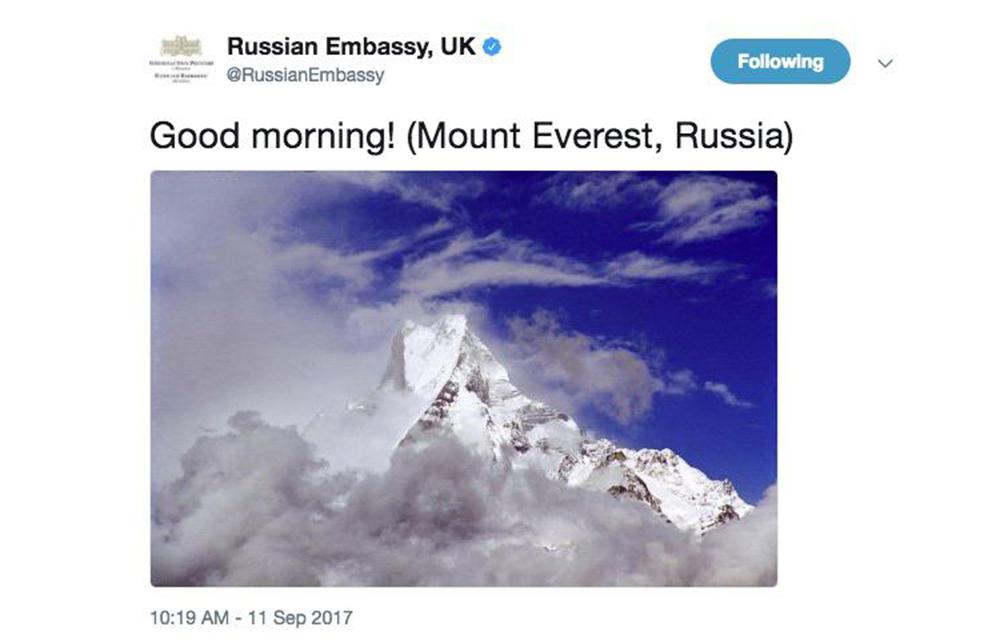 Wedged between Nepal and China, Mount Everest is nearly 2,500 kilometers away from the nearest Russian border.

While the post might have been written off as an honest mistake, some observers quipped that “Crimea is not enough.”

Others referenced “Little Green Men” who occupied Crimea ahead of its annexation from Ukraine in April 2014.

By Monday afternoon, the offending tweet had been deleted.

Earlier this month, Twitter suspended a Russian state-run news channel’s account after the British government complained it has used the UK Foreign Office’s crest without permission.

RT had launched the @BritshEmb1917 to mark the Russian revolution’s centenary.