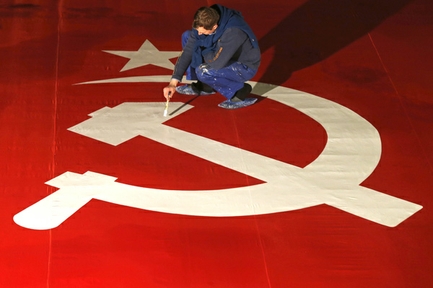 Supra-national Russian identity today, Anton Bredikhin says, is the successor of “the Soviet man” and “the Soviet people” and is thus different from and in opposition to Boris Yeltsin’s policy of calling on non-Russians “’to take as much sovereignty as you like’ and Lenin’s ‘right of nations to self-determination.’”

And because that is so, the political analyst and Russian government advisor says, the country must focus on four goals, in each case taking into account “the experience build up in the framework of the Soviet nation” (kavkazoved.info/news/2016/02/09/sovetskost-i-rossijskost-formy-preemstvennosti-nadnacionalnoj-identichnosti-cherez-prizmu-pokolenij.html).

Bredikhin’s position, which is consistent with the direction Vladimir Putin has been moving, confirms what many Russian nationalists have feared – that Putin isn’t interested in promoting the rights of their nation – and what many non-Russians have long assumed – that the Kremlin leader is actively hostile to their cultural and political rights.

The political analyst and government advisor says that Moscow currently sees as the main reason for promoting a Soviet-style non-ethnic Russian nation as a necessary precondition for preventing “the rise of inter-ethnic conflicts in the North Caucasus, like the Chechen wars, the Osetin-Ingush conflict, and conflicts in neighboring Abkhazia and South Osetia.”

He argues that the term “’rossiyane’” for the entire population of the Russian Federation was initially opposed by many and still “does not enjoy popularity among representatives of various national movement” largely because it was linked with Boris Yeltsin about whom they felt antipathy as they had “grown up in the framework of Soviet identity and love for the USSR.”

“Therefore,” Bredikhin continues, the task now in the formation of a Russian identity “based on the best traditions of ‘friendship of the peoples’ and in large measure intersecting with ‘Sovietness,’” as Ramazan Abdulatipov, the current head of Daghestan has argued (abdulatipov.ru/index.php/mylibriary/matelials/93-20030828-q-q-i).

“And here it is simply necessary to make use of Soviet experience,” he says, noting that “a number of investigators when defining ‘Sovietness’ see in it a civic identity not tied to ethnicity and at the same time a Soviet man had to master Russian and be part of Russian culture.”

He continues: “’Sovietness’ made possible the reduction of inter-ethnic tensions and exhausted inter-ethnic conflicts. ‘The Soviet man’ caused fewer problems than the ethnic radicals,” because it allowed everyone, assuming a knowledge of Russian and acceptance of Russian culture to rise through the ranks to the pinnacle of power.

Bredikhin and Barbashin both argue that non-Russians who learned Russian and accepted Russian culture did not see “their ethnic membership disappear in any way.” On the contrary, they say, “the traditions and culture of the people was supported both by local party organizations and directly by the leadership of the CPSU which was multinational.”

It is natural that the Russian Federation should draw on Soviet experience because in this regard, “the Soviet leadership inherited the logic of the national question of the Russian Empire and in its government there were also many representatives of the peoples who populated that country.”