Thursday’s arrest of an investigative reporter in Moscow is an example of the continued suppression of such independent voices.

The case also shows that Russian authorities and pro-Kremlin media do not shy away from using disinformation as a weapon against journalists.

On Thursday 6 June 2019, Ivan Golunov, a reporter for Meduza, was stopped by police in the street in Moscow. A search of his bag and his apartment led police to charge him with drug trafficking. Mr Golunov now potentially faces 10 to 20 years in prison.

However, according to friends of Mr Golunov, eight out of the nine images released by the police did not show Mr Golunov’s apartment. Police then later acknowledged that just one of these photographs had been from Golunov’s home.

As reported by Meduza, Russian state TV Rossiya 24 produced a story on 9 June in which it claimed that Mr Golunov had “shown signs of being under the influence of narcotic substances when he was arrested”.

However, the official examination document Rossiya 24 showed as an illustration said the complete opposite, namely that he had not shown such signs (see the screenshot from Rossiya 24 above).

Following public exposure of this misrepresentation of Mr Golunov’s case, Rossiya 24 edited out this passage in later broadcasts, but left in other inconsistencies, as analysed by Meduza.

RIA FAN, a news agency tied to the St. Petersburg troll factory, has been accused of spreading disinformation about how Mr Golunov’s former employers at the RBC view his case. According to Meduza, RBC is now preparing a law suit against RIA FAN for libel.

Image used on the official website of Moscow’s police to accuse Mr Golunov of drug trafficking.

In the course of the last year, Mr Golunov has written about the wealth of the family of one of Moscow’s deputy mayors; about a scheme with which a Moscow real estate agent has taken over hundreds of vulnerable citizens’ property as well as investigations into corruption in Russia’s funeral business and state censorship in Russian media.

Friends and colleagues of Mr Golunov described to Meduza how Mr Golunov had been followed by unknown people and had received threats.

There have also been reactions from the international community, including the EU, the US and the Council of Europe.

On Sunday, a Moscow court ordered Ivan Golunov to remain under house arrest for two months. 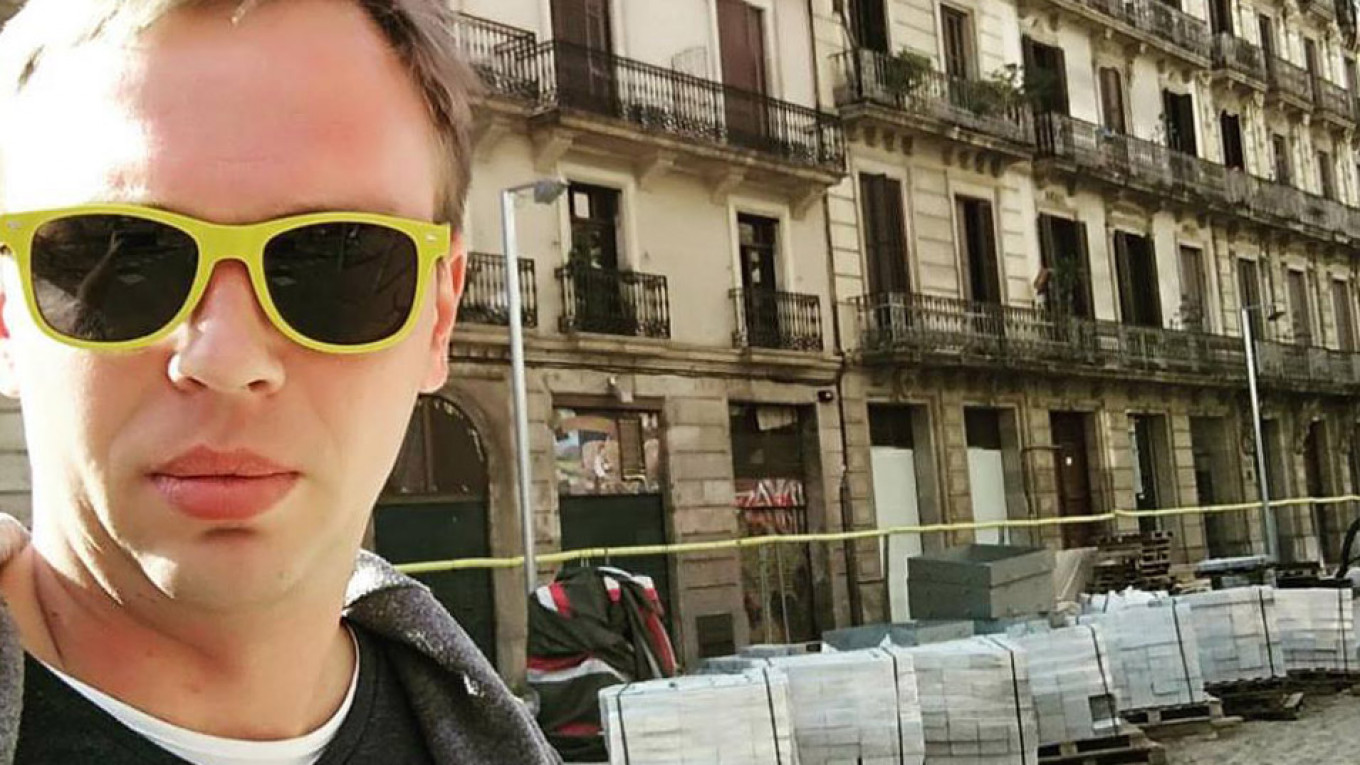 Disinformation as a weapon in Russia

As the Mr Golunov’s case shows, disinformation can also be used for targeting independent journalism.

Among other forms of crackdowns Russian independent journalists face are censorship, threats and pressure on the business interests of private media owners from the side of the authorities.

Russia’s independent media scene continues to play a key role in countering disinformation as well as other kinds of power abuse in Russia, including, as in the case of Mr Golunov’s investigations, corruption schemes.

The importance of Russian independent journalism in countering disinformation is not only of national, but also of global importance. Russian journalists have e.g. played key roles in exposing pro-Kremlin disinformation about the troll factory in St. Petersburg, the downing of Flight MH17 and the Salisbury attack.

The attack on Mr Golunov and the severity of the punishment he potentially faces are worrying warning signals to other parts of Russia’s journalistic community, which could have negative consequences for the work carried out by this already vulnerable, but internationally important community.