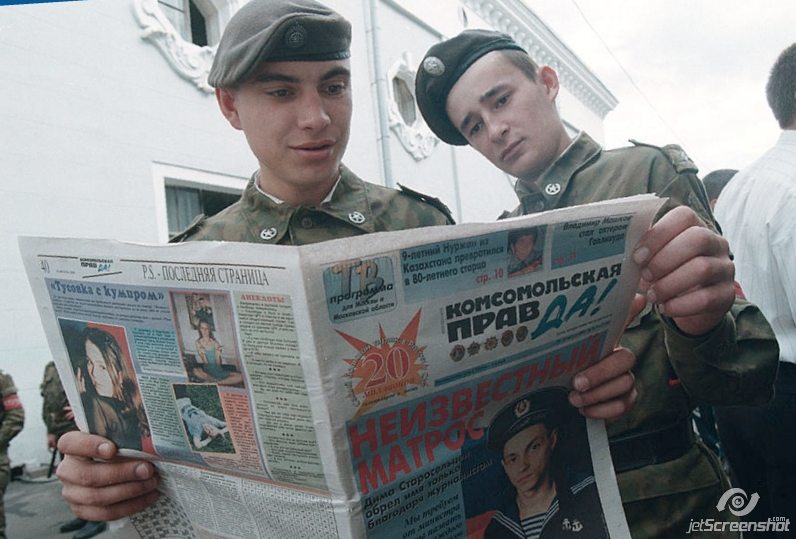 The report was executed for the NATO StratCom COE by the Centre for Applied Research under the Estonian National Defence College.

The objective of this research is to identify how the Russian media portrays the Ukrainian military and security structures, including the policies of the Kiev government and their ‘collaboration’ with the West. The research group looks at how messages disseminated in the media attempt to construct attitudes and advocate behaviours in parallel to political and military events on the ground in Ukraine. The research covers the period from 1 April until 31 December 2014 and analyses the following Russian media: Regnum, Komsomolskaya Pravda and TV Zvezda. These media are important because they target not only Russian internal audience but also the Russian-speaking communities in the former territory of the USSR.

The researchers used standardised content analysis in accordance to a specially developed Coding Manual and enriched the findings with data from 25 structured interviews with Ukrainian representatives (media, political and military experts, as well as soldiers and officers involved in the military conflict).

From December 2014 the Russian military has adopted a new doctrine that explicitly states that information superiority is essential to achieving victory on the physical battleground in the modern war. It is crucial for NATO to draw appropriate conclusions from the on-going conflict in Europe in order to further strengthen the unity of the alliance and avoid such conflict scenarios between Russia and NATO in the future.

Russia’s information activities have played a significant role in the overall military operations carried out in the territory of East Ukraine since 2014. Information operations were used at all levels starting with the political level (against the state of Ukraine, state structures, politicians) up to the tactical level for justifying military actions initiated by pro-Russian forces. Information confrontation and a variety of psychological operations continue to play a substantial role in the current crisis in Ukraine. Russia uses various media channels to conduct its operations against Ukraine, including governmental and private TV channels (e.g. Pervyi Kanal, Rossija 1, NTV, Russia Today, LifeNews), radio (e.g. Radio Mayak), mobile phone operators (e.g. KyivStar), Internet sources (including online publications, e.g. Regnum, TV Zvezda, Кomsomolskaya Pravda, Itar Tass, RIA Novosti ) and social media networks (e.g. YouTube, Facebook, Vk.com, odnoklassniki.ru). Some Ukrainian sources hold pro-Russian attitudes and can also be used to spread disinformation (e.g. Vesti). The separatist People’s Republics of Donetsk and Luhansk have their own channels producing anti-Ukrainian propaganda (e.g. dnr-news.com, novorus.info). The current study has focused on the media channels that represent the Russian mainstream—Komsomolskaya Pravda, TV Zvezda, Regnum. These mass media channels are generally critical against the Ukrainian government and armed forces, but do not offer a critical view of the Russian government; they justify Russian policy in Ukraine and see the Ukrainian crisis as a battlefield between Russia and West, referring to the clash of civilisations with the West (primarily the US and NATO, but also the European Union) allegedly intending to advance its sphere of influence towards Russian borders.