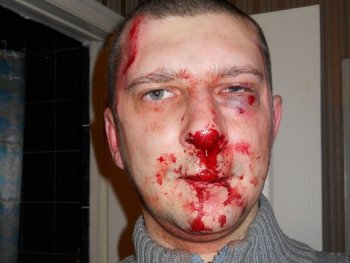 Sergei Vilkov, a reporter for the Obshchestvennoye Mneniye (Public Opinion) newspaper in Saratov, was attacked late on January 13 on his way home. Vilkov said he had seen two attackers near his apartment block the last two days. The attackers did not take any of Vilkov’s belongings and beat him mainly on his face and head. He received medical treatment but refused hospitalization. Vilkov says the attack was most likely connected to his professional activities.

He is known for his critical articles targeting local Orthodox Church officials, businesspeople, and authorities.

Another Obshchestvennoye Mneniye reporter, Aleksandr Krutov, was viciously attacked by two assailants in August. No one has been detained in that case. Attacks on Russian journalists covering crime and corruption are relatively common, particularly in the provinces, and the perpetrators are rarely found.

“The Repressive Machine Is Easy To Start But Hard To Stop”