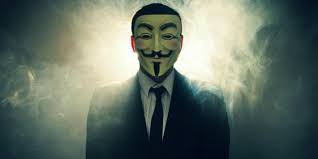 Russia’s State Duma passed final versions of legislation that will impose new restrictions on instant messengers and prohibit the use of technologies that make it possible to circumvent Internet censorship. Both draft laws were adopted with overwhelming majorities.

The law on instant messengers requires service administrators to establish the identity of all users through their phone numbers, also establishing a system (to be determined by the government) to restrict communications by certain individuals. One of the bill’s co-authors has said these targeted restrictions on individuals’ access to instant messaging will be determined by court orders. If passed by the Federation Council and signed by the president (which is very likely), the law is designed to take effect on January 1, 2018.

The State Duma also adopted legislation that would tighten government control over the sale of SIM cards, making it more difficult to buy a SIM card without providing cellular operators with verified passport information.

The legislation against censorship-circumvention tools would ban the use of any software that grants users access to online content that’s been banned in Russia, including virtual private network (VPN) services and Internet anonymizers, like the Tor browser. The law would also ban any online resources that provide access to such software. Russia’s Federal Security Service and Interior Ministry would be responsible for identifying software that violates the law, which takes effect on November 1, 2017, if approved by the Federation Council and President Putin.