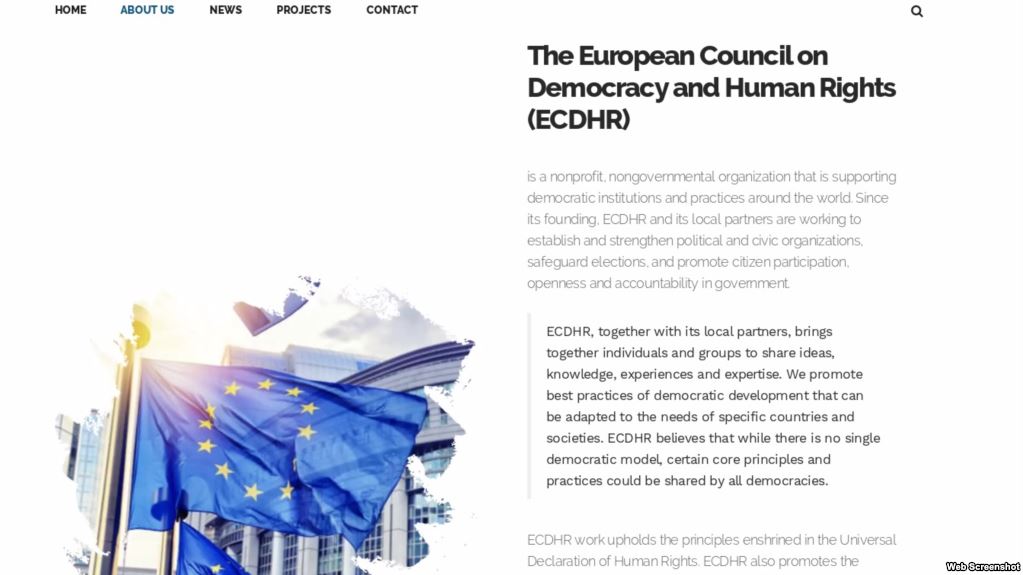 “I have worked as an observer of elections for about 20 years and can say that in Russia I see improvements every time. And elections are becoming more transparent and open.”

Mariani was part of a phony election monitoring mission designed to lend legitimacy to questionable elections and referendums organized by the Kremlin.

The newspaper named two “observers,” former Parliamentary Assembly of the Council of Europe (PACE) President Pedro Agramunt and Thierry Mariani, a member France’s center-right Republicans party, both of whom declared that the Russian presidential election was legitimate and within “European norms.” They also reported that they observed no “major violations” during the voting.

That these “observers” so quickly declared the Russian presidential election legitimate should come as no surprise when one examines their background. Anton Shekhovtsov, a researcher who specializes in the Russian government’s connections to the European far right (and in some cases, far left), has documented the activities of Agramunt and Mariani in Russia. In a post on his Tango Noir blog on January 29, Shekhovtsov showed the connections between Mariani and Leonid Slutsky, a Russian State Duma deputy and member of the far-right Liberal Democratic Party of Russia. (He appeared in a recent Polygraph fact check on sexual abuse of women).

Slutsky previously organized “monitoring” missions for the illegal referendums in the Crimea and in the Russian-occupied territories in Ukraine’s Donbas region.Through his organization, known as the Russian Peace Foundation, he invited Mariani to Moscow in April 2015 and then to Crimea in July of that same year. While in Crimea, Mariani and other pro-Russian politicians publicly called for the lifting of EU sanctions against Russia. Slutsky also presided over the March 19 press conference where Mariani and Agramunt presented their findings concerning the Russian presidential election.

According to Shekhovtsov, Mariani was part of a “monitoring” mission sent to observe Russia’s regional elections in September 2017 sent by the so-called European Council on Democracy and Human Rights. That organization’s website may look legitimate at first glance, but a few clicks reveals irregularities. For example, there is a section under “projects” about Russian presidential election monitoring, but nothing about the regional elections they supposedly observed in September 2017. The URL for the 2018 election monitoring project contains the words “organize-fundraising activities-for-charity-annual,” with nothing about elections.

​Even more curious is another “project,” which supposedly was dedicated to observing elections in Ukraine in July 2016. No such elections were held in Ukraine at that time, and if one clicks on the project’s link the page is filled with placeholder text. ​

The ECDHR also lists no methodology for how it observes elections. Legitimate election monitoring organizations typically spend more time in the country prior to and after the election, and typically write detailed reports explaining their methodology and findings. For example, one can look at this field guide for election monitors from the National Democratic Institute, U.S. NGO loosely affiliated with the Democratic Party.

On March 18, Russian President Vladimir Putin was reelected with 76 percent of the vote count and an official voter turnout of 67 percent. A number of irregularities were observed, including erroneous purging of voters and ballot stuffing in some locations.

The Organization for Security and Co-operation in Europe (OSCE) also provides detailed information about election monitoring, including its mission for Russia’s 2018 presidential election.

Incidentally, during a press conference to deliver its preliminary findings on March 19, the findings of the OSCE’s observers were very different than those of Mariani and Agramunt. The OSCE’s observers reported pressure on individuals to vote and the detention of opposition activists, violations which contravene OSCE and other international standards regarding “freedom and equality during the campaign.”

Agramunt is no stranger to controversy: in April 2017, he was stripped of his powers as PACE president after visiting Syrian President Bashar al Assad. Agramunt first went to Moscow before boarding a plane to Damascus with members of the Russian parliament. Earlier, he was criticized for ignoring human rights violations in Azerbaijan.

Previously, Polygraph.info has reported on the unfair and uncompetitive nature of Russia’s elections. Typical complaints involve restrictions on candidates, state media bias, and use of administrative resources to benefit the incumbent.